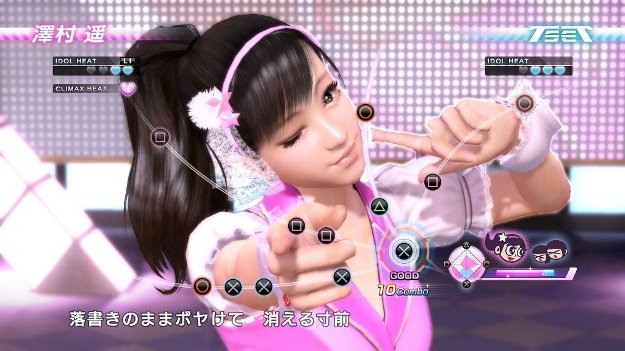 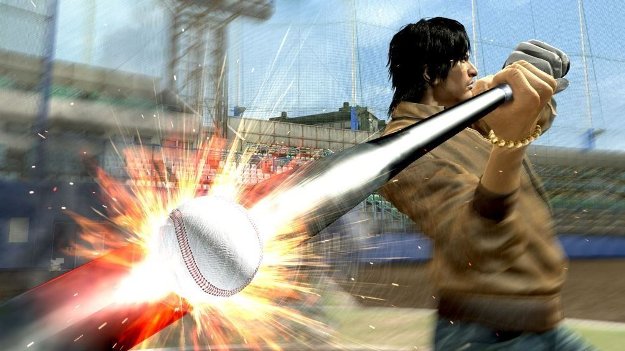 Finally out in the west after over three years of localization time, Yakuza 5 brings gamers back to a world of honor, respect through combat, and pachinko. Also, there're pop idol concerts. But mostly it's all about big strong men beating the snot out of those who would choose a dishonorable path. Released on the Playstation 3 as a download-only title, it's got potential to feel dated in this current generation of consoles, but the level of detail and polish on it stop's that from happening. It's not without its flaws, but most of the time they manage to stay out of the way of a pretty enjoyable beat-em-up.

The game continues the tradition from its predecessor of multiple narratives, starting with the series' protagonist, Kazuma Kiryu, in his new job of taxi driver, trying to keep low and out of sight of his past. But it's not long before you jump into the shoes of other characters, including Taiga Saejima and Shun Akiyama, as well as a new face, an ex-baseball player by the name of Tatsuo Shinada. But that's not all: Yakuza 5 features the somewhat out-of-left-field inclusion of Haruka Sawamura, adoptive teenage daughter of Kiryu, as a playable character.

As with previous Yakuza games, much of the game is spent running around the detailed Japanese cities that the game takes place is (unlike others, the game takes place over 5 different cities across Japan) and showing people why it's a really bad idea to tussle with you. The fighting is going to be pretty familiar to anyone who has played previous titles in the series: you can string together some combos, pick up a wide variety of objects around the environment to use as weapons, and smash your enemies' faces into a number of different things.

Though the combat is still solid, it may start to look stale for those who have seen it multiple times before; there are some minor changes, like how you can level up weapon proficiencies, or execute powerful climax attacks in combat, but for the most part, it's more of the same. That said, I noticed more fights where you could fight more opponents than I even remember seeing on screen at once in the past, and with a new combat transition, fights start more fluidly than they have before.

The real charm of the series comes from the amount of stuff you can do in between making bad guys really regret getting into fights with ex-Yakuza. Sure, you could move from story beat to story beat, but you'll be missing out on so much of what makes Yakuza...unique. Whether you're playing a crane-catching game, belting out some karaoke, taking part in some gambling (both western and eastern flavours, from poker to cee-lo and koi), taking part in sports games or even arcade games like a perfect recreation of Virtua Fighter 2, there's enough in Yakuza to drain the hours away if you let it. That's not even including the various sidequests you can take part in, or the character-unique substories.

These substories are somewhat new to Yakuza 5, letting you play a number of games that are just a little too fleshed out to be called 'minigames' themselves, unique to four of the five characters in the game. As Kiryu, for example, you can partake in taxi missions in which you must drive carefully around Fukuoka to get passengers to their destinations, or even do some highway racing. As Saejima, go hunting, tracking down animals and collecting spoils while completing missions in the wilderness, or perform some home-run derby-style games with the series newcomer, Shinada. They're all timesinks, and though the plot requires you to do at least a couple missions of each, afterwards you're free to complete as much of as little of them as you wish (and if you want to do them all, be prepared to sink many hours into the game).

Haruka's story is perhaps one that's the furthest removed from the gameplay of the other characters: as a teenage girl, she doesn't exactly get into a lot of fistfights while running around the streets. What she does, however, is take part in minigames and dance battles to raise her abilities as an idol - competing in tournaments to be victorious means being better at shaking hands of fans, playing competitive sports like pool and darts on tv shows, and even taking part in some weird show where she needs to run down streets as fast as possible. It's a strange departure from the rest of the game, but it's not entirely unwelcome; it certainly shows a different side of the seedy underworld that you don't often see from the point-of-view of burly musclemen with goals that can be attained by introducing enemies to the wrong end of a metal pipe. 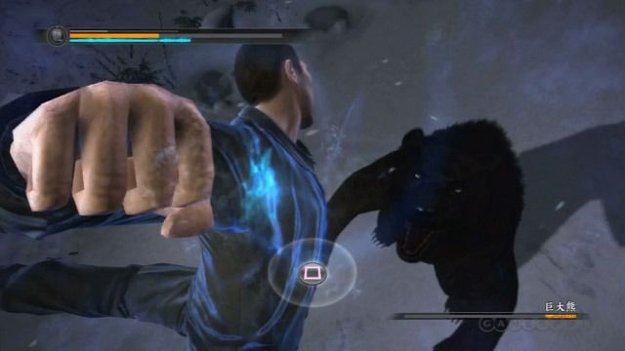 If the game has any problems beyond the redone fighting engine, it would have to be the pacing. Sometimes things just feel like they slow down to a crawl in the story, like things aren't moving forward in any way, shape, or form. Saejima's storyline is particularly bad for this - as a reoccuring character, most of his arc was already covered in Yakuza 4, so there's not much room for growth for him, but for a large chunk of his story, he's trapped in various locations, with no option but to do story missions that just have a whole lot of cutscene-watching attached to them. Haruka's has a problem with this as well, but hers at least is relatively quick.  But there are numerous smaller parts like this throughout the game, where the storyline of the game just gets really, really dull with nowhere to go.

Yakuza 5 is arguably the best in this long-running series. It's largest problems, pacing and the fighting system, affect it from being a really excellent game, but even with those taken into consideration, the level of detail , polish, and just sheer amount of content is enough to make it fun to play and experience, despite its place in the previous generation of consoles.