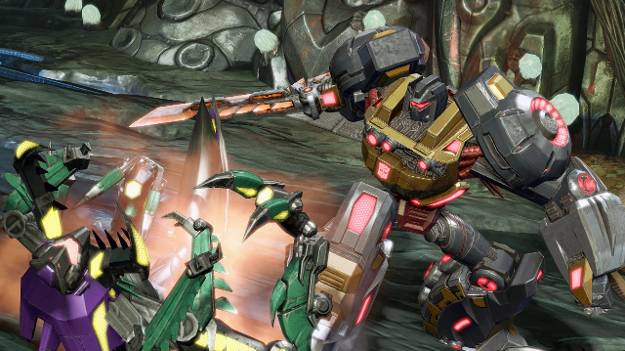 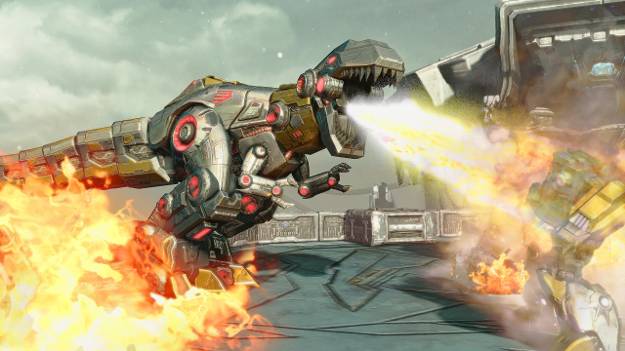 When walking into the demo for Transformers: Fall of Cybertron, I wasn't too sure what to expect. My sole experience with a Transformers game consisted of me getting incredibly frustrated because I wasn't having fun and could barely tell who was on my side and who the enemy was. For the sake of politeness I won't say which one (though followers of the series probably know exactly what I'm talking about). Walking out of this demo, my opinion of the Transformers video game franchise had been completely turned around and I am incredibly excited for this game.

They've brought back Peter Cullen, the original voice of Optimus Prime and they've brought back Gregg Berger, the original voice of Grimlock. Pause for fan girl squeeing. Pause. Are we ready? Cool, because I am totally ready for this game after seeing what Activision had to show off. In this game, the Autobots have lost the war and the planet Cybertron is dying. Optimus Prime has decided it is time to leave but Megatron decides to attack before they can evacuate.

To start with, the visuals for this game are incredible. Each of the Transformers that I saw looked distinct, clear and crisp. They have wonderful animations when transforming into their different forms and the fighting and action in the game is very engaging. Starting off with Starscream, we got to see some of the aerial fighting in the game as well as some pretty funny moves. At one point, the deceitful Transformer cloaked himself and got behind an enemy before kneeing them in the...um...nards. I had no idea that giant robots had nards. He finished them off by attaching an explosive to them and retreating just far enough to not be caught in the blast. 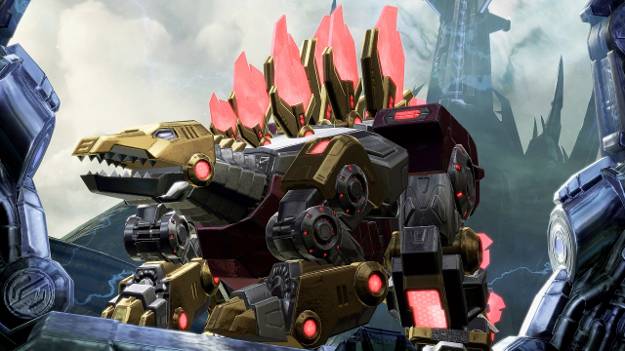 We were also lucky enough to see Grimlock, leader of the Dinobots. He, unlike the other Transformers, cannot simply change back and forth to his uber sweet fire breathing T-Rex form. When he gets angry enough, he has a visible red aura radiating off his body which tells the player that they can now open up that can of whoop ass that they've been sitting on. And since he doesn't use a gun in his normal form, we got to see some pretty amazing melee combat with his gigantic sword and shield. Hasbro has actually been working with the developers to help make sure that Grimlock is reintroduced into the Transformer's universe properly; the player will get to see his origin story in the game.

To help with immersion the battlefields that you fight on vary from the tops of buildings during the aerial battles to the metallic looking corridors and platforms we're used to, all the way to some impressive looking cityscapes. There are lovingly detailed buildings and the kinds of commemorative statues that you see in modern cities today. All of it helps to evoke the image of a rich, century's old civilization seeing the end of its glory days. 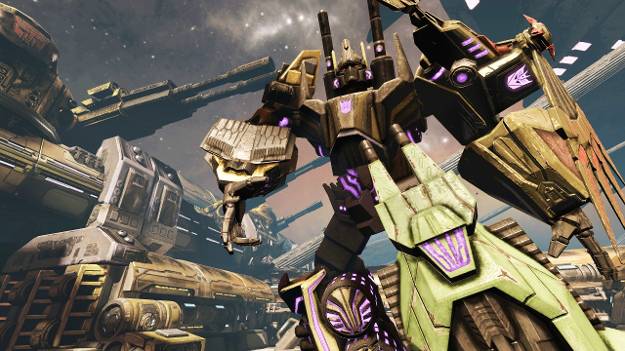 There is a lot of humor in the game as well, from Starscream's nard hit to some funny little quips from other characters in the game. Also when Jazz and Cliffhanger are on the screen together, there's a definite 'buddy cop movie' feel to the game. All of the Transformers in the game have been worked on and given some great personalities that came through even with the bit of the game that I was able to see. Activision stated that they'd worked really closely with Hasbro to try to bring back the feel of the original series with this game.

Escalation, the four player co-op mode survival mode from Fall of Cybertron will be back in this game, providing players with some variety. And Mercenary Technology will be working on a PC release of the game, so that it won't only be console players who can enjoy the return to Cybertron. Expect the game's release on August 28, 2012. And based on what I saw, prepare for some larger than life robots to take over your living room.