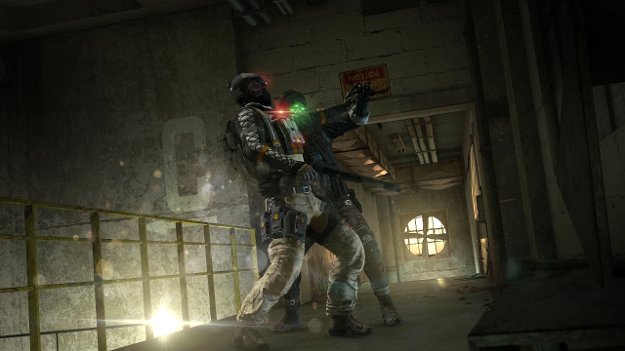 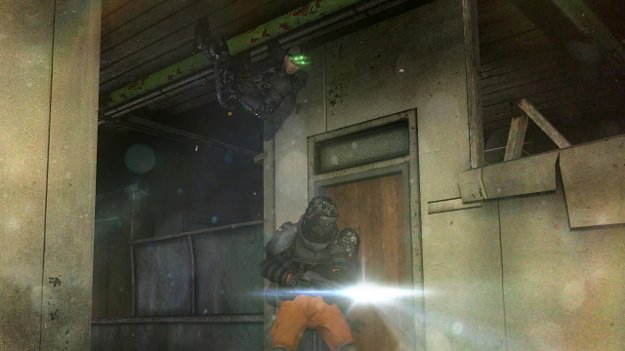 I keep bumping into Splinter Cell in the weirdest ways. It was a series I was determined to dislike in the early days, but I've found myself growing increasingly fond of the franchise as it matures. It might have something to do with querying Michael Ironside while I was dressed as Cheetara.

Sadly, due to changes in the way Splinter Cell is produced that require performance capture acting as well as voice, and perhaps because he had to be periodically dragged back to his voice duties under some duress, Ironside is no longer the voice of Sam Fisher. Despite this, plenty of fan-favored features are back in this fifth installment.

Ubisoft Toronto had quite the challenge facing them with Blacklist: the previous two Splinter Cell games had narrowed Sam's world dramatically, and were making him increasingly at odds with his world. The story was approaching a narrative wall, and the company had to find a way to open things up again without horribly breaking the game world, or, worse, rebooting the franchise. 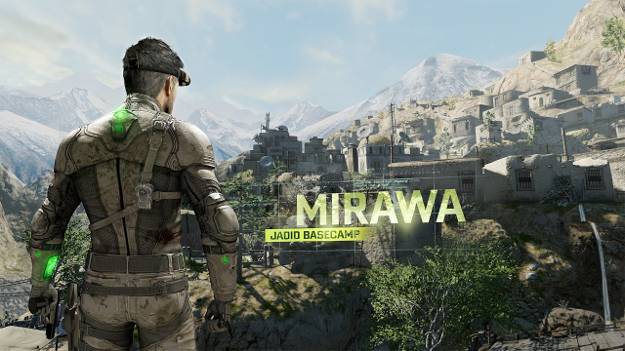 There are no sure things in gaming, but it seems like Ubi Toronto made the right decisions regarding where to go next. According to Matt West, the team wasn't sold on the increasing Splinter Cell theme of shadowy conspiracies affecting Sam beyond his understanding or control. As fans of the franchise themselves they wanted Blacklist to be Sam's team, doing things Sam's way.

Yep, Sam Fisher is finally calling the shots as the head of a 4th Echelon team. There are still "aw crap" moments involved with this promotion, including one in the demo, but the Ubi guys assured me that Sam is more in control here. Blacklist was developed using heavy doses of fan feedback, working in as many popular things as possible without compromising the narrative.

So the distract feature is back. The highly satisfying sticky shockers make a return. You can cut open the backs of tents again, and interrogations are more... well, they called it "intense". I'd describe them more as "splattery".

What's new is a gameplay feature they call "Killing in Motion", an extrapolation of the tagging feature that allows you, with practice, to gracefully take down enemies in fairly large numbers on the fly. Also frequently mentioned was the concept of "field truth" – the hard realities of war that troops on the ground understand but politicians don't. That philosophy indicates to me that even though there are changes, the core of Splinter Cell will remain true.

Ubisoft Toronto is promising a "bigger world story", and the action in the demo takes place on the Iran/Iraq border. Sam has a new team with at least one returning character – Grimm. New characters include Brigs, a CIA agent, and Charlie, the new tech guy.

These new characters help Sam in his missions, providing intel and even flying a mobile plane command center. The developers wanted to create more choices for the players, both regarding moral decisions and options concerning how levels are completed.

This is critical from both gameplay and philosophical perspectives. One of the most frustrating parts of past Tom Clancy games has been the "die frequently until you dope it out" element of missions that require you to use surveillance equipment to plan your attack before you breach an entry point. I've never found these challenges completely intuitive, and I'm glad that Blacklist is allowing for more than one option in completing these elements.

Regarding the moral choices, Blacklist stands to create a bit of controversy. The Ubi Toronto team determined that a choice that affected game outcome was not, in fact, a moral choice, so there are choices the player can make that will not affect game outcome. It is true that whether you let a hostage live or kill them doesn't really affect the main objective of a mission. However, life and death choices like that tend to have consequences, and the answers regarding that point were more than a little murky.

All in all, however, Splinter Cell: Blacklist shows much promise to be both challenging and compelling. It stands to be a much-needed refresher for the franchise and will let Conviction stand as a solid closer to the IP's first era.