The Wolf Among Us Episode 3: A Crooked Mile (PS3) 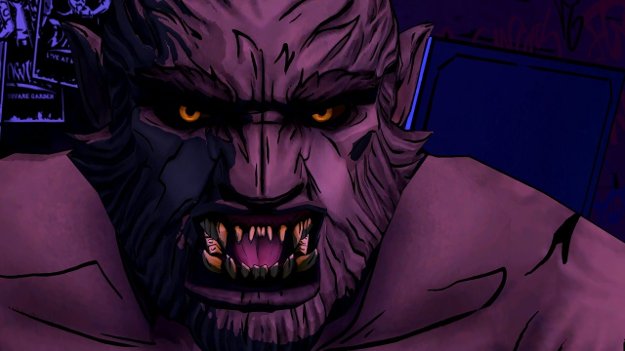 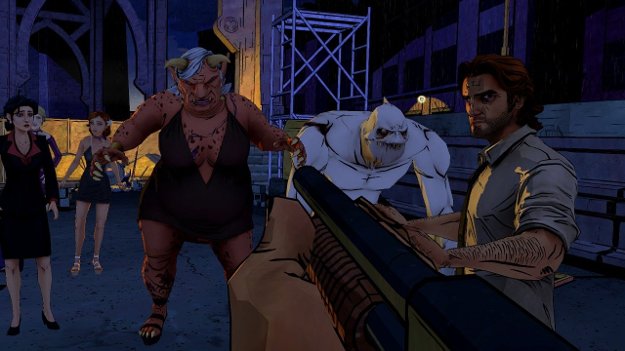 Note: There will be spoilers about The Wolf Among Us: Episode 2 here, so play that before you read ahead.

After finding the picture of Ichabod Crane in a...compromising position at the end of the previous episode, the third episode of The Wolf Among Us begins with the scrawny bureaucrat nowhere to be found, with Bigby and Snow left with the fallout that his position as prime suspect has created. And while episode 2 was mostly about plain detective work - going over clues, investigating a crime scene, that sort of thing - this installment is a lot more about what makes the series fun to play.

Indeed, you'll find that the choices you make in this episode carry a lot more weight than they have in the past. It marks the only time in the series thus far that I've wanted to go back to see how different choices could've changed things. Episode 2 was criticized for this by many: the few choices you made in that never seemed to affect anything major that would last beyond the couple of hours that the episode took to complete. A Crooked Mile definitely fixes that problem, introducing choices that Bigby makes that may easily come back to haunt him (though whether or not they do is a big question that's really up to Telltale).

There are also, for some reason, a couple really out-of-places choices you can make that just seem cartoonishly evil more than anything, introducing a rare black-and-white scenario that's fairly out of place for Telltale adventure titles. Do you play the role of a good guy, or cackle maniacally while selecting what is clearly the 'giant ass' option? Judging by the list of choices presented at the end of the chapter, and how incredibly lopsided those choices were, I'm not the only one thinking this.

Episode 3 really starts to give some depth introduced in The Wolf Among Us, and I'm interested to see what happens to them and where they go from here. At first I wasn't sure how Telltale would handle writing in new characters to interact with known characters in an established series, but they seem to be handling it quite well, which isn't too surprising given the ability they've shown to create compelling faces in game like The Walking Dead.

In general, really, A Crooked Mile shows an upward swing in the quality of The Wolf Among Us, and there's nothing much more that can be said than I hope that I see this trend continue.