The Wolf Among Us Episode 2: Smoke & Mirrors (PS3) 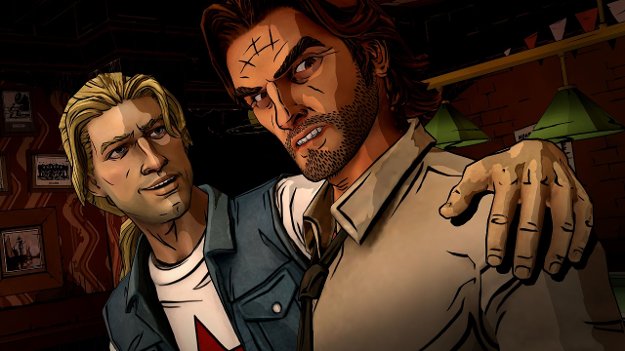 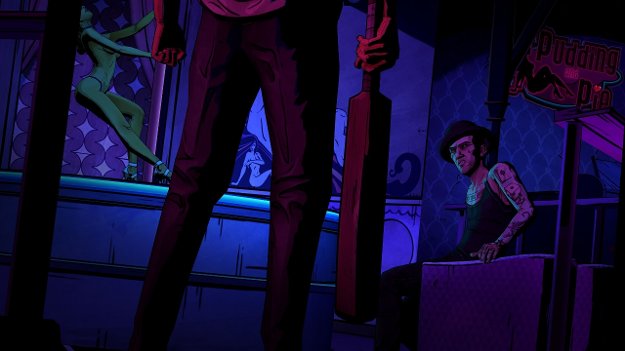 One day, a wolf walked into a room and saved a girl from a woodcutter. And from there, things got tougher, things became more mysterious, and suddenly things became deadly. So started the first episode of Wolf Among Us. With the second one released, things have changed in Fabletown, with the head of a very important figure found, and with the Big Bad Wolf (now the sheriff, incidentally) now personally invested.

But as the second episode's title, Smoke and Mirrors, may imply, things are not all as they may seem. The episode plays out a lot more like an old-school gumshoe novel - there are more suspects to investigates, more clues to discover, and more secrets to be revealed. There's certainly a slower pace here, even starting with a slow-burning interrogation scene, but it's still kept fresh with the new mystery unveiled, and who could be behind it. But that's not to say that the episode is without its own twists, turns, and ties to the main story, and when it comes around, it does so with a bang.

Along the way, you'll meet more characters from the world of the Fables like Georgie Porgie (he made the girls cry) and the original Little Mermaid. Fans of the comics will also note a few old faces in the cast here. Seeing the world of the Fables grow beyond the war and conflicts from the comics is fascinating, as the seedier underbelly is explored and expanded upon. With the heavy emphasis on dialogue in this episode, the characters show a lot of depth even with the short amount of time they spend in the game, and with the way characters from the previous episode are brought it, I'm hoping to see some of these Fables brought back in the future.

Smoke and Mirrors is a good build-up from the first episode of The Wolf Among Us, though a slower one. The biggest issue I take with it, however, is the similar beats and patterns that you see repeated: investigation, interrogation, combat, and revelation. They're still well done, but it's really easy to draw parallels, and with a number of episodes left in the game it's a question of if we'll see these patterns repeated again and again, which could make things a little stale. Hopefully not, but only time will tell.

That said, Episode 2 is still a good, slow burn of the plot that will make you look forward to what happens next, and where the story can go from here. I'm still enjoying The Wolf Among Us as a new look into the world of the Fables, and after playing this, I eagerly anticipating the rest.