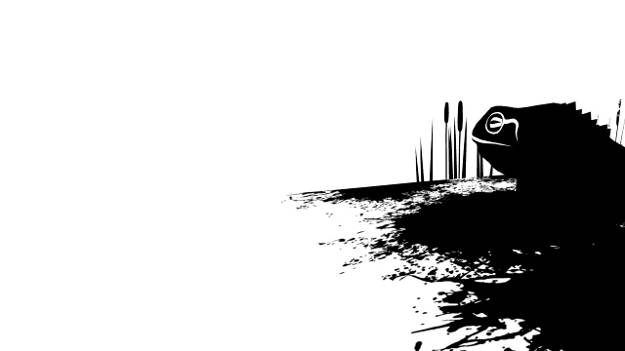 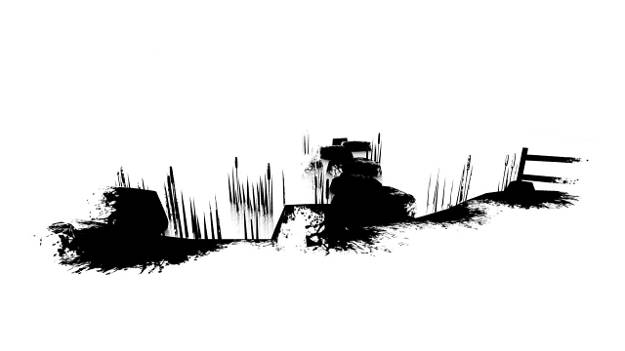 One of the great things about E3 is the chance to find a great game that you might have otherwise missed. Developer Giant Sparrow has developed The Unfinished Swan, a first-person painting game made exclusively for the PlayStation 3, that challenges you to explore your surroundings in an unusual way.

As a young boy named Monroe, you discover that the swan in a painting left behind by your now-deceased mother has walked off the canvas. In a Narnia-esque moment, Monroe follows the yellow-paint-stained footprints into a storybook world where his search for the swan unfolds.

Literal storybook pages intersect the four worlds you get to explore, emphasizing the storybook inspiration behind the game. As you play you may encounter letters splayed in an area and, when you shoot them, a page will appear with an excerpt of the story. 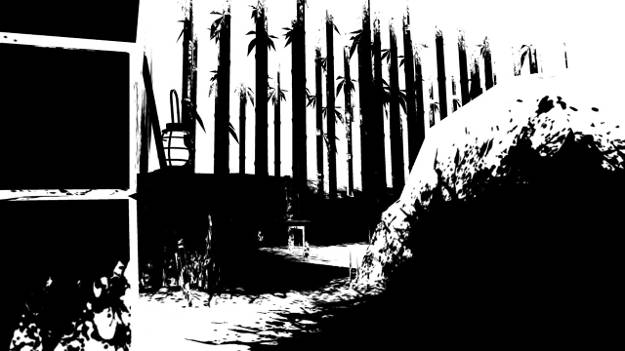 Of the two worlds shown for the demo, you begin your journey in a land of white. I'm not kidding, while talking with a representative of the game another person was waiting to play and thought the start of the level, a solid white screen with no depth whatsoever, was the game continuing to load; the rep had to tell him his adventure had already begun. Once he realized this, he began to shoot blobs of black paint, revealing depth and objects, such as a statue of a unicorn and a park bench, as he made his way through the level. The blobs interact with the environment very realistically right down to when the player encountered a lake and the blob didn't explode but instead sank slowly to the unseen depth of the water.

You'll periodically find the swan's footprints that show you where you need to go, otherwise, how you get there is up to you. The paint is permanent so if you over-paint and lose the 3D elements of the environment, navigating by sight becomes just as difficult. However, spatial sound is incorporated in the game, making it possible (and a challenge in its own) to navigate these levels entirely by sound without shooting a single paint blob.

The second world has you exploring a faintly-sketched city while equipped with water balloons. When you throw a balloon, vines that are already in the level will grow towards the water and cover the landscape. You then use the vines to add depth to your environment as you climb them during your exploration.

Though there are only four worlds each one is split into different sections, allowing you to partially finish a world and consider the shift to the next section a checkpoint of sorts. Each checkpoint comes with its own cut scene for the story at hand. Once you finish a section, you can replay it as often as you'd like. 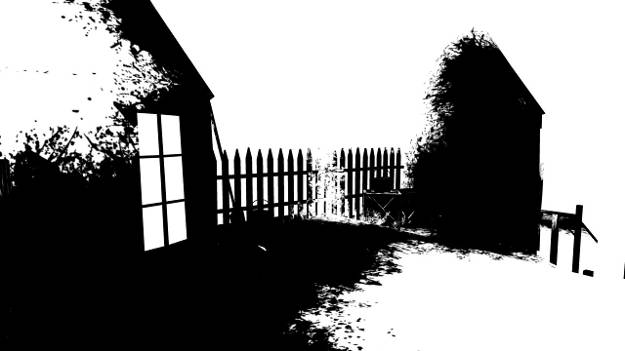 While primarily focused on spatial exploration, there are a few puzzles present in the game as well as balloons scattered in every world that you can collect. When you've finished the game, which is estimated to take between 2.5-3 hours to play, you can use your collected balloons to buy various toys, such as items that will splatter more paint or something that stops time completely as you lob things around.

As an exclusive for the PlayStation 3, you can play with the regular controller, the Move, or both (allowing you to play with a friend if you're so inclined).

While the game only takes up to 3 hours to play it looks like it would be a fun 3 hours nonetheless. When you're exploring the unknown with limited/no visuals and using your one tool of the level to find your way around you can't help but feel very intrigued and very much wanting to explore everything. Though there's no specific release date, this PlayStation exclusive will be available for download before the end of 2012.