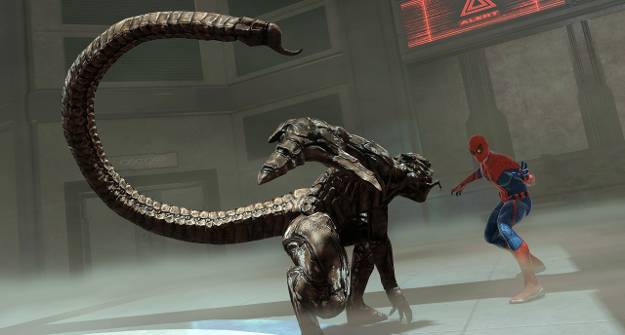 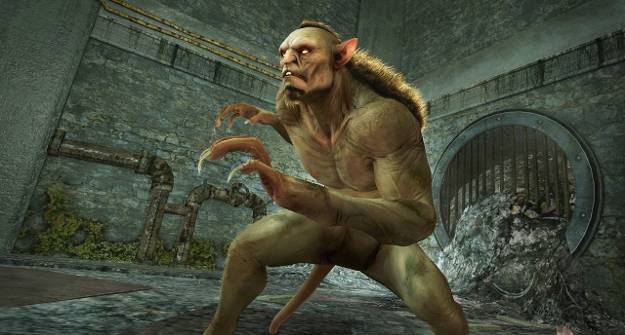 The Amazing Spiderman is a faithful collaboration with Sony Pictures and a tie in to the new Spiderman reboot. This new Spiderman is focused on several different aspects to bring the webbed superhero to the small screen in a new and exciting way for players.

There is a huge focus on story in this game. Because the movie reboot has changed the Spiderman back-story and focuses more on a biological explanation for Spidey's change, the game follows along with that mythos. In the game, there are hunters sent out by Oscorp in order to help reign in all of the cross species in Manhattan. In addition to the baddies like Rhino, Lizard and Iguana, Spiderman counts as a cross species. He has to deal with the hunters coming out to track him down over the course of the game, engaging him in intensive combat throughout the city.

Supporting this intensive new combat is a revamped web slinging system, focusing on what the developers are calling Web Brushing. In the game, Spiderman has the ability to web sling as always, covering long distances as he propels himself through the streets of Manhattan. However, he also has the ability to do his Web Shots which damage enemies, his Web Strike which pulls him close for a devastating jump and stomp on their soft parts and a Web Rush that allows him to move quickly towards and away from the enemies. However, the most exciting part of the new web system is the eponymous Web Brush. As the player progresses through the game, they will be able to look around at various points that they can move to: a lamppost, a building rooftop. A yellow Spiderman icon appears over it. By selecting it, Spiderman will automatically move to these points in the most 'Spidey-like' fashion, using parkour style movements as he web slings his way from point A to point B.

Fights are very grounded in a Lucha Libre style, giving players a high flying, over the top experience as Spiderman fights through groups of enemies. The focus will be on speed and agility as he battles his way through 58 different types of encounters in the game, including dealing with snipers, car chases and Marvel bosses. Spiderman uses a police system hook-in within the game to give him access to some of the crimes happening across the city. 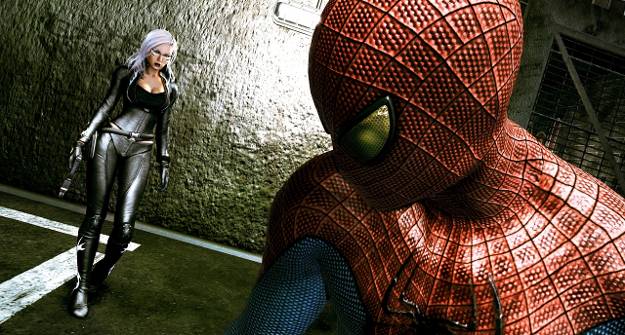 And as Spiderman moves through the city, players will be treated to a very up close and personal look at the life of a superhero. For this game, developers have purposefully zoomed the camera in, practically as close as possible without going into first person view. The goal was to give the player the experience of being Spiderman as he completes missions in the city. And let it be said that there is a definite sensation of moving in between skyscrapers and on top of rooftops: those who easily get vertigo, beware. This game may leave you feeling ill with how much it takes you on top of Spidey.

While there, you get treated to some of the games attention to detail. Every bump and piece of rubber on Spiderman's costume is an exact replica of the new costume from the films. It was incredibly important for the development team to get it just right, as they strive to make the game a part of the Sony Spiderman universe. In fact, the game is so much a part of the universe, that players are able to experience even more of it in game. One of the pickups that players can look for are comic book pages. As the pages are collected, full readable electronic versions of the comics will be made available for the players to read. These include such illustrious comics as the first appearance of several Marvel characters.

The city itself is even a creation onto itself. A working representation of the city of Manhattan, it replicates the city as much as possible while giving the player enough space to maneuver and battle. And it changes over the course of the game. While the city starts off fairly normal at first, over the course of the game it will change, shift and de-evolve with the story, becoming a much different place as gameplay goes on.

In addition, there will be other modes in the game where players can control characters such as the Rhino on a Rhino Rampage; using his momentum, he attempts to do as much damage as possible without being stopped, especially by annoying taxis that will slow him down. Players will also have the ability to play as Stan Lee, who personally came into the studio to record dialogue and motion for his game appearance.

The Amazing Spiderman looks about as action packed as the new movie does. It has some interesting new changes to the combat that may take some getting used to; it's hard to say without having actually gotten a chance to play the game. But the environment and the attention to detail are always big pluses. The game is due out on June 26 for PS3, Xbox 360, DS, 3DS and remarkably enough, a summer PC release. Let the web slinging begin.