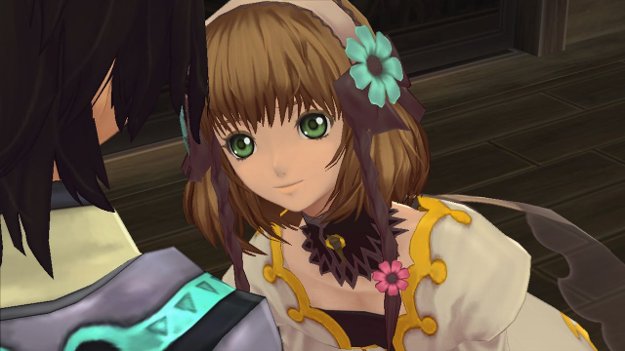 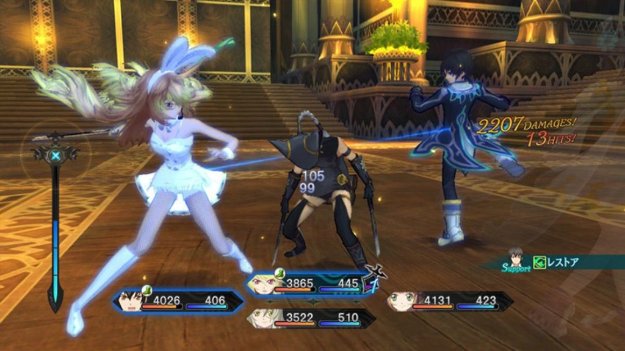 The Tales series of games has always been it's own style of game - typically following its standard set of design decisions that persist from game to game, such as real-time combat with multiple party members, while still mixing up other elements of gameplay and iterating upon gameplay to make each title seem a little more fresh than the last. Tales of Xillia, the latest in the series to be brought to western shores, continues this tradition, ramping up in quality while changing other, secondary mechanics for those who have played through other games in the series before. And while the rise in quality is apparent, there are a number of changes that are questionable, to say the least.

The first of these is the introduction of two main characters, a first for the series. Before the game even starts you're asked to choose between Jude, a medical student who fights with his fists, and Milla, who is basically a deity that commands the power of four elemental spirits. Their paths start differently, but it isn't long before they're in the same conflict together, traveling in a group to accomplish the same goal.

Through much of the game Jude and Milla spend time together in the same party, but there are long periods where they go their separate  ways. This sounds cool on paper, as you should be able to see the story from two different perspectives, but in practice in means that you feel more like you've missed out on important plot simply because you weren't there. This would typically encourage multiple playthroughs of the game to see each point of view, but with the large amount of shared content, as well as the typically-long length of the jRPG genre, this isn't really practical.

The story is helped along with the game's colorful, vibrant graphics: whether talking about the detailed characters or the vistas that are creative as they are rich, there's no doubt that Tales of Xillia is an impressive-looking game. Fully-voiced cutscenes, both in the in-game engine as well as fully animated, help move the plot along while smaller skits can be found that show brief conversations between characters (as still images) help to flesh out the multiple party members you'll find along the way. And thankfully, you can skip through the text of the skits if you read faster than the characters talk. Personally I could get really tired with skits in previous games where I had to listen to the characters talk when I just wanted to get back to action.

Combat is in the usual real-time format from the series, though Xillia adds in a big element that permeates through almost every element of combat: that of 'linking'. You can run around the field of combat fighting enemies and letting the AI do their thing, but if you link up with a party member, new elements come into play - they now try to surround whatever enemy you're attacking (hitting enemies in the back can do extra damage), prevent enemies from attacking your flank, and also provide a linking bonus that's unique to each character. It adds a bit of depth to the combat, as different enemies are ideal to take on with different linked partners - the partner that can break blocks is ideal against armored enemies, whereas the character who can lock enemies down is good against those quick, flying types.

Characters themselves are pretty diverse, both in combat and out. Aside from the two main characters, there's the typical young childhood friend, an aged combat butler, a mercenary with ambiguous motives, and a girl whose 'doll' is some sort of living, floating creature named 'Teepo'. Each of them have their own stories to discover, and while most of them are pretty decently written, the writing can sometimes get into a bit of eye-rolling territory.

In combat, each character has their own special style of fighting. Jude, for example, can dodge enemy attacks at the last moment to immediately move to a flanking position, setting you up for hard-hitting attacks. On the other hand, Alvin, the afore-mentioned mercenary, can charge some attacks to unleash a more powerful version of them, while the young girl and her doll can switch between being more powerful in physical or magical attacks. The result of this is that each character feels different when you play as them in combat, which is a refreshing change of pace when most jRPG characters are differentiated only by their attributes. 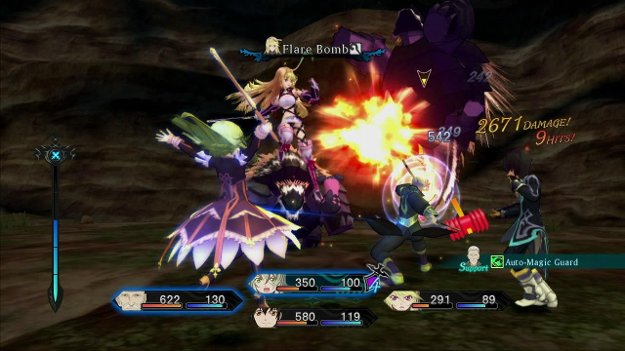 Dissapointingly, despite a more robust combat system, Xillia seems to have regressed in gameplay mechanics outside of fighting your enemies. In Tales of Graces f, the last Tales game released in the west, there were crafting mechanics, items you could cook for a bonus, an 'eleth mixer' that provided you with conditional boosts and items, and a robust title system that gave you boosts in strength and new abilities in exchange for meeting requirements throughout the game. In Xillia...there isn't. Any of that, really.

There are pre-made meals you can purchase that last a certain number of battles, and a relatively bland store expansion system where you spend materials found around the world to get points to level up stores and increase their stock. The game's form of character progression, the Lilium Orb, where you can spend points to gain skills and points in a web-shaped map of linked nodes, is somewhat interesting, but ultimately just isn't as fun.

It's a shame, because I find myself engaged in the game up until I finish a combat-heavy area; at this point, things feel a little shallow, gameplay-wise. The ingenuity of the Graces f systems were that there were always smaller goals to pursue, whether you actively searched for skits, attempted to use particular skills and abilities in battle, or looked for materials to craft your weaponry to higher levels. In Xillia, there's no such thing as a material worth looking for, and within combat your only goal is to kill the enemies, as opposed to killing them in particular ways or with particular skills for bonuses. 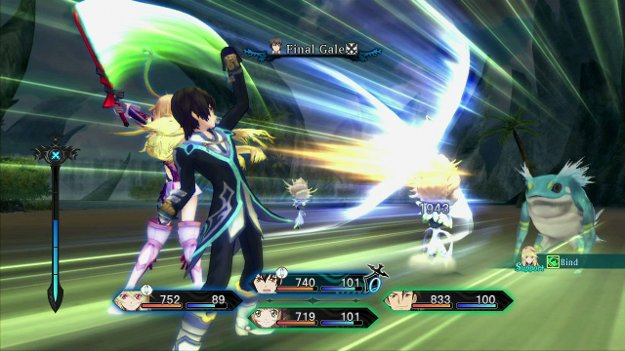 With these removals, Tales of Xillia ends up being something of a very well-made, but overly shallow, experience. The story, when interesting, moves you along easily enough, but if you have more interest in character, item, or mechanic progression, then it's easy to get burned out on it fairly quickly - especially if other Tales games have already shown you mechanics that you've enjoyed. That said, it is still a fun game to play if you don't worry about that sort of thing and just want to beat bad guys over the head - characters that fight in different ways, a new linking system, and a character levelling system that, while a step back, isn't too bad in its own right - all these combine to make a solid jRPG that's worth a look, if nothing more.