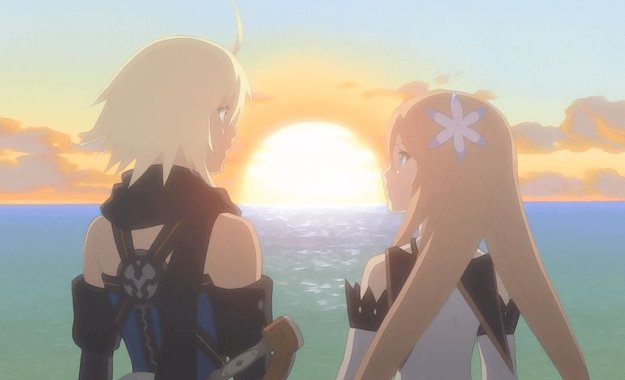 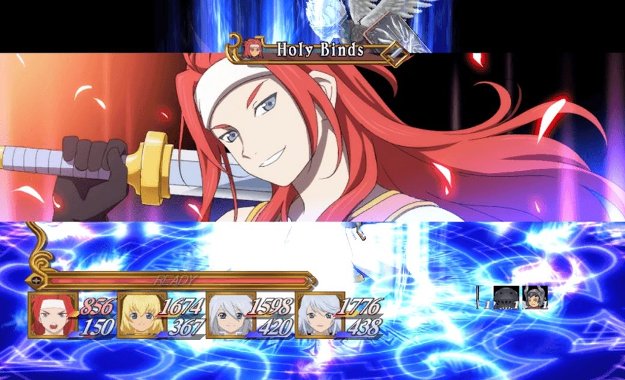 Tales of Symphonia is often called one of the best RPGs available on the Gamecube (though admittedly, it wasn't exactly a console flush with the genre). I never got the chance to play it's sequel, Dawn of the New World, that came out on the Wii years later. With the release of the HD remake - Tales of Symphonia Chronicles - I found an opportunity to do just this, but after playing it I found that perhaps it's not something I should have been waiting for.

The original Symphonia is a tale of mild cliches and stereotypes: energetic, mischevious Lloyd and his friends set out with the 'chosen one' to save the world - then things go wrong. Great evils are fought, worlds are saved. It's hard to discuss this game objectively, as so many other games in the Tales series have been released since this one; despite the praise that this game earned when it was first released, nowadays it feels dated, lacking systems and depth. 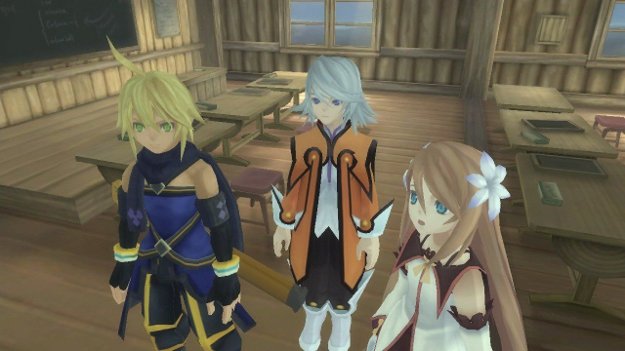 At the very least, the game's real-time combat system stays relatively intact despite its age. If you've played any of the more recent Tales games, you'll recognize the real-time combat system here, even though it's evolved somewhat in the intervening years: running into an enemy on the map throws you into a real-time combat arena, where you control a single character while the AI controls the others. Each character has their own retinue of moves to destroy the enemy with, and combat is about switching between regular and special attacks to take out your foes. This is really the sort of combat you can see in most of the Tales series, but there have been advancements in the combat, making it more fluid, open, and interesting, since this game came out. Again, Symphonia shows its age.

The thing is, Symphonia has a decent story - it's not great, but it's a fairly good take on the whole 'chosen one' shtick, and fun to experience at least once. The characters are lively, and once the story hits its stride, things get really interesting. Dawn of the New World...isn't the same. Set a couple years after the first Symphonia, the story is something about the world falling apart, and Emil, a young kid who is the key to saving it all - but the characters aren't any fun to play, the main protagonist whines about his lot in life too much, and overall it just feels like an un-needed addendum to a plot that never needed one. It's also really, really slowly-paced and linear, moreso than usual jRPG games. Don't expect to do any exploration here.

Most of the game plays similarly to Symphonia, but at least introduces a new element of monster capturing, allowing you to catch a number of enemies to add to your party. You can then feed them to make them stronger via the game's 'cooking' mechanic, another staple of the series. With more than 200 monsters to collect, it can be a little addictive, but there isn't much point to most of it, especially since the main characters are pretty darn competent on their own.

Don't expect anything more from Chronicles than a new paint job - and not a great one, either. There's something here if you've never played the original Tales of Symphonia, but the sequel doesn't really have as much going for it. If you've already played the games, though, there isn't really much meat here to bite off. Tales of Symphonia: Chronicles may have some HD upgrades, but it's not really enough to warrant a replay of this decade-old title and its sequel.