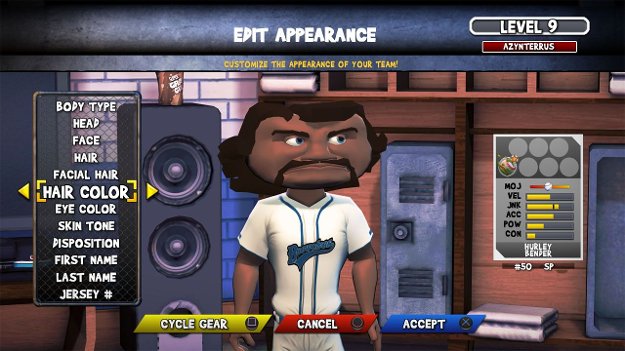 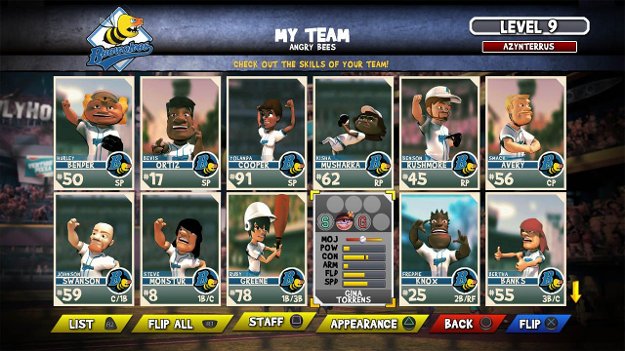 Super Mega Baseball immediately brings back memories for me of old baseball games I played as a youth, unlicensed titles that had super powers, robots, cartoony characters, and colorful graphics. This game doesn't get quite as outlandish as some of those older titles, but the lack of a license allows it to do some entertaining stuff that makes it a pretty enjoyable game to play.

Playing the actual game has never been simpler, but it actually gives you a few options in how you want to control your men and women on the field. For example, batting can simply be done by pressing a button at the correct time, or you can use the analog stick to wind up and push forward to bat, or you can press another button to charge a power strike, running the risk of starting the charge too early or too late. Likewise, you can let the game aim where you're swinging your bat, but if you want a specific angle of a hit, you can also aim the swing yourself. 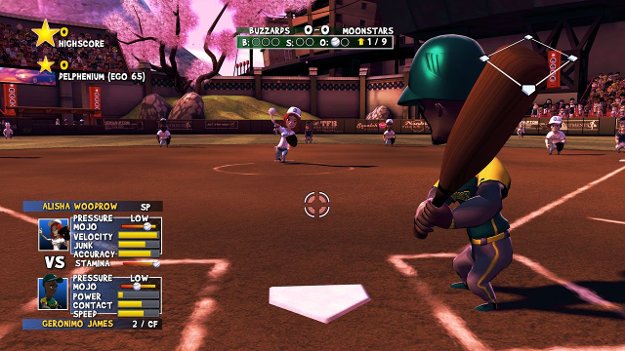 What results is a game that anyone can play, whether you've never played a baseball video game in your life or you've played them all, there's a skill level here you can work with. This is compounded by the Ego system, essentially a difficulty scale that goes up from 0 to 99, allowing you to push yourself further with it, the better you get.

The game brings depth to your characters on your team in a variety of ways, such as their 'mojo' rating, a numerical representation of players' self-confidence. It goes up and down based on their performance in the game, and affects how well they play. So, if you've got a player consistently screwing up, expect to see some problems with their performance over the course of the game.

In addition to the standard one-game exhibition mode (which also hosts couch coop), Super Mega Baseball offers a surprisingly robust season mode. Here, you can level up your team, gain trainers to provide boosts to your players' stats, and make your team better as the season progresses. The game also tracks a wide number of stats for each for each of your players, inspiring you to make them better in ever way as the season progresses. 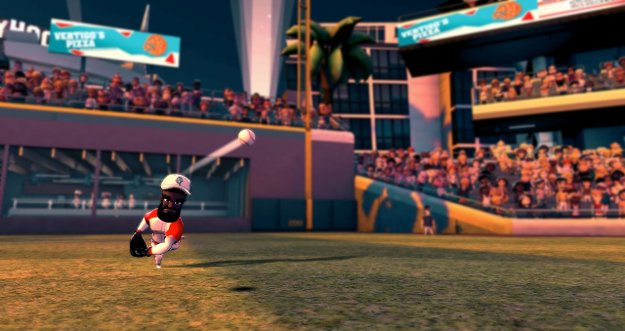 Where the game falters is in its presentation. Every team member consists of a body and a head that can be swapped out and customized at your leisure, but the models themselves look like something from the previous generation. And the odds are that you're going to see a lot of the same faces over and over again. There are four stadiums in the game, and they've got their own character (a benefit of veering away from a license), but, again, you're going to be seeing them a lot.

Super Mega Baseball is a game for anyone that enjoys the game of baseball, and with the Ego difficulty system, it's easy to find a level of challenge that works for you, and a goal to reach for. The dearth of modes is unfortunate, especially the lack of an online mode, but the season mode is a fun experience to play through when you want something more than just a single game to play. Still, the game is a nice breath of air, something that steps towards being more 'fun' than 'realistic', something that's worth playing.