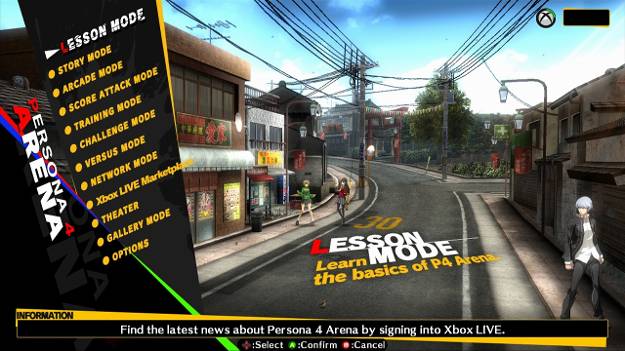 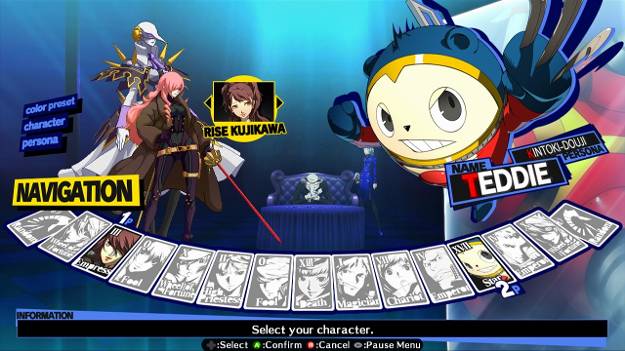 When I first heard about Persona 4 Arena I really didn't pay it very much attention. After all, the idea of a fighting game set in the Persona universe didn't really have any appeal to me. But at some point someone mentioned that Arc System Works, creators of the BlazBlue and Guilty Gear series, were going to be working on this title. Quality programmers of this caliber along with the phenomenally attractive graphics for the game paired up to really draw my attention to this game.

Now we all know that people who love Japanese anime and video games are some of the most finicky little s.o.b.'s in the world. With that in mind Atlus has made sure to include a full English and full Japanese voice tracks. While you can't mix and match the individual character voices like in Street Fighter IV this option should shut up the Japanophiles on at least one topic.

One of the most notable aspects to this game is that of the individual character campaigns. While there is more or less one story, there are numerous variations on that storyline through each of the campaigns. Many of them have intersecting stories but overall each one is an entirely different experience. This is also made more prevalent by the fact that almost every character has a unique attribute. For example Akihiko can enhance his attacks with wind to do even more damage and every character has their own Instant Death attack that can be activated during the final round with unique requisites to do so.

In addition to the campaign there are a variety of other modes to play through. There's training mode, arcade, score attack and even challenges to work towards. There are also replays, both your own and those you download, and a gallery mode where things unlock as you play through the game. 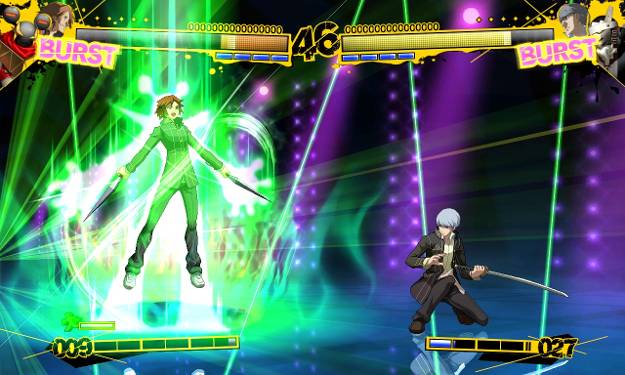 But really all of this wouldn't matter if the gameplay wasn't up to snuff but it is both very responsive and fairly simple to learn. Each character has physical and Persona attacks and learning when to use them is key. Since your Persona can be damaged, resulting in being unable to summon it for some time you'll have to be very careful not to let it get hit while unleashing its power on your foes. This is doubly troubling for some characters who rely extensively on their Persona, like Elizabeth. So not only do you need to learn how and when to use your special moves you'll also need to learn how to manage your Persona usage to fight effectively. It's a very interesting spin on the normal combat systems used in fighting games, almost having a similar feel to games like Soul Edge where your weapon could be damaged / destroyed.

Another interesting note that slipped out was that there is DLC planned for the future although they aren't announcing anything in particular for the game just yet. But the potential for additional characters, campaigns or even other modes stands to give the game extra longevity. Keep your eyes open for your favorite characters to return to consoles this August. With the game coming out on the 7th there is plenty of time for them to polish the game off and then get to work on that DLC for future release.