Ni no Kuni: Wrath of the White Witch (PS3) 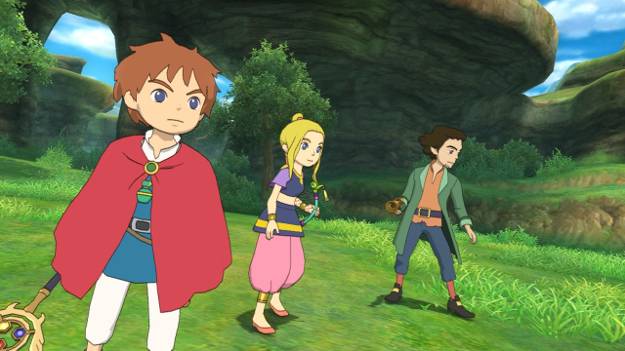 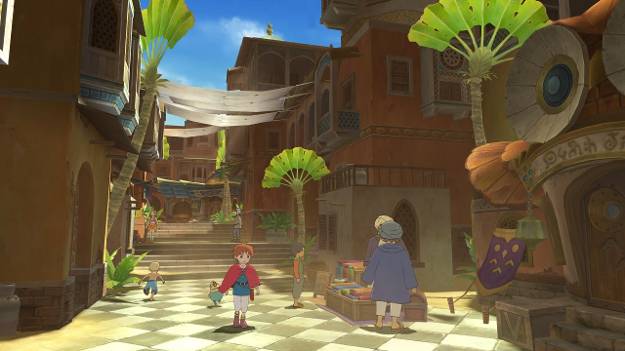 Studio Ghibli, one of the more famous animation studios from Japan, has created some of the most popular animated films to be brought to the west, such as Princess Mononoke, Spirited Away, and Porco Rosso. Level 5, on the other hand, is the developer behind the Dark Cloud series, Professor Layton titles, and a host of other titles across a number of platforms. So when the two come together, it's bound to raise a few eyebrows, especially for fans.

Ni no Kuni: Wrath of the White Witch is the product of this relationship - a colorful jRPG with a bevy of systems and a graphical styling straight out of an anime film. The game itself is...well, it's a great example of the genre, but while it definitely has its highs, the lows are more than a little noticeable. The result is something that RPG fans will really enjoy, just as long as they can look beyond the flaws.

Meet Oliver, a young lad in the small town of Motorville, USA. After tragedy strikes, he is contacted by a strange fairy by the name of Drippy, who informs Olliver that he's the one who can save Drippy's world. And thus, Oliver is brought to the Other World, a place of magic, of monsters, and of Shadar, an evil being who wihses to see the world brought under his control.

Oliver isn't alone with the task of saving a world - he and his crew can summon creatures known as 'familiars' to fight for and with him in battle, eventually being able to feed them special foods to increase their abilities and even 'metamorphasize' them into stronger familiars. Battles themselves take place in real-time; each character in your party controls one familiar at a time, with which they share health and mana. Controlling your familiar means selecting your action from a menu and watching it play out - which is needlessly cumbersome. Having to actually cycle through a menu to defend, attack, or choose a special ability adds a layer of pointlessness to layer of annoying action to combat, taking your attention off what's going on just to see if you've select the right thing.

Even worse are your party members. There are some rudimentary tactical commands that you can select (though, irritatingly, can only be changed while in combat, while you are controlling a human) but they're vague and never very good. It really just seems like your AI's only ability is to blow through all of their mana and then flail about helplessly. Sometimes they'll even recall their familiar and attack the enemy with their own attacks to no avail. The fact that you don't even get the ability to tell other party members to defend until a dozen hours into the game is indicative of how poorly it handles team combat.

While the core of the game is about saving the world, there's a lot of things you keep you occupied, as well. Numerous people around the world need help, and an organization known as Swift Solutions will help you get to helping them. Finding these people and completing whatever errand they need completing will earn you merit stamps - earn enough of these, and you can trade them in for a variety of permanent bonuses: run faster on the world map, earn more experience from monsters,  and more. They're a nice little incentive to do these tasks - which also include hunting down powerful monsters - even if some of them tend to be a little too simple. 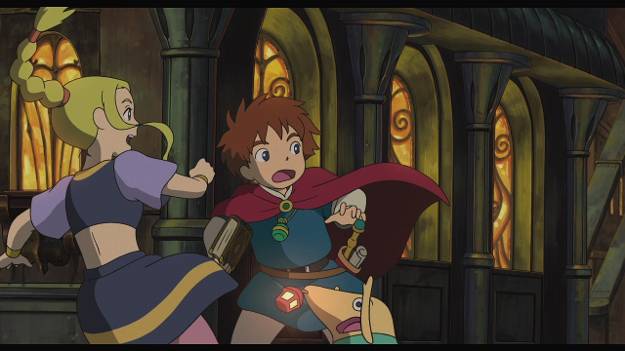 Some of these quests involve capturing certain monsters - and this is one of the parts of the game that Ni no Kuni does very poorly. You see, to catch a new familiar, you have to beat them in combat, and if you 'impress' them, you can use one of your party members to serenade and have them join you. Unfortunately, there's nothing you can do to affect if the monster wants to join you or not, save for a late-game ability that you can eventually unlock to raise the percentage chance of the monster wanting to join. This lack of player agency can make things extremely frustrating, and means that you may need to fight the same monster dozens of times before you get the chance for them to join you. And if it's a rare monster, well, you're just out of luck.

Still, with all these flaws, Ni no Kuni is a fun RPG with an interesting combat system, when the AI isn't bogging the whole thing down. The world is fantastically represented, with scenery as colorful as the characters. Even something normally as dour as the world map is filled with detail and treasures to find.The soundtrack is similarly filled with color, though the main battle theme can get a little repetitive after hearing it hundreds of times. The game also has the same lightheartedness in much of its dialogue - I mean, the main stores in the game are entirely themed around animals and have puns to match. The owl-themed general store, for example, is run by a little old lady known as the Hootenanny. And that is the very, very tip of the pun-based iceberg, let me tell you. And the in-game Wizard's Companion, Oliver's source of spells and knowledge of the world, is filled with stories, information, and other flavour text that brings life to the game.

It's a shame there are so many problems with Ni no Kuni, because underneath it is a charming example of its genre, a title worth playing for anyone who can look beyond flaws that are present in many jRPG titles. The excessively-menu-based combat, the poor party AI, and the chance-based familiar-training mechanic is aggravating, but something always pulls me back to complete a few more errands, find a couple more hidden treasures, or try to catch just a couple more familiars. There's a great game in there, but it's not going to impressive everyone.