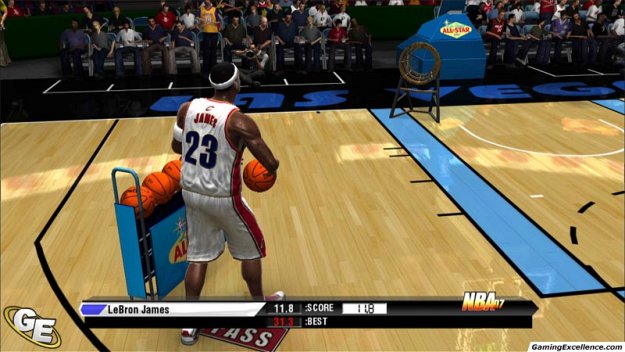 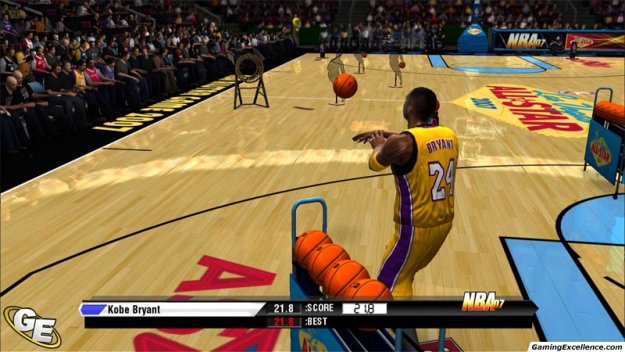 Sony has branched into many sports with a variety of titles over the years. One of these sports is basketball, and NBA 07 is now out for the PlayStation 3. The NBA series has been a somewhat average take by Sony on the popular sport, and NBA 07 aims to change that perception. The game offers some good variety of modes at first, but the lack of depth and poor gameplay makes this just another average basketball game.

NBA 07 has plenty of modes to choose from but the meat of the game is League. By choosing League, players can advance with a team through an entire season, as well as control their team roster, trade players, acquire free agents and check team stats. League mode mostly follows the 06-07 season and the calendar is where most of the game set-ups are configured. Not all games have to be played and NBA 07 offers a simulation option that randomizes the results. There's also the option to go straight to the playoffs or just playing a single game with the team. There are quite a few matches to go through in league mode, though it would be nice to see some more options as far as team management. The whole interface also feels a bit clunky and nowhere near the level of other games. Winning games unlocks jerseys and player cards in the trophy room, but winning cards isn't exactly a great reward to begin with.

Replay mode makes a comeback from previous PS2 games and works almost the same way. Players must overcome a few challenges from the 05-06 season, such as scoring 8 points with Kobe Bryant before the buzzer and others. Completing the challenges for a week will unlock the next week of challenges. It's a nice feature to have, though playing bits of a game may not be a great idea to some players. Replay mode also features a "Games of the Week" feature where players can download new weekly challenges based on real life events from the current season. The results of a challenge can then be posted to online leaderboards for bragging rights.

Speaking of online, it's time to talk about the multiplayer aspect. And what a slimmed down, anorexic aspect it is. There are only five on five matches and leaderboards available. The game also features a "chat room" but it can be very confusing to sort out players for matchmaking. There's very little to do besides choosing a random name from the bunch of players in a room, and setting up matches. It's also possible to receive challenges from other players even from league mode, as long as your challenger is willing to wait for you to quit out of your current single player game.

A lot of these flaws would be forgiven if the gameplay was excellent, but it's anything but. There are some nice touches such as shot meter, which requires perfect timing, but mostly the game is quite broken in some parts. To start off, it's very hard to defend in this game. Keeping the player in front of the oncoming attacker is surprisingly difficult and the CPU will get past a lot of the times. The offensive game is a bit better but the CPU has little difficulty in stealing anything but very short passes. Not all of it is broken as it's quite satisfying to get around defenders and dunk the ball. As far as out of bounds violations and fouls go, they're random at best as the referee will sometimes call foul with no contact whatsoever. It's also fun to score a dunk from behind the post, which seems to be a feature put in to defy the laws of physics.

In terms of graphical prowess, this game doesn't really look all that great. The player models do have quite a bit of detail but some look rather generic. The courts look great and the crowd is a nice touch as well. The game does offer 1080P but this feature comes at a significant hit to the frame rate. It's best to play the game in 720P on an HDTV. On 480i (standard TV) the game looks far worse than in HD. The graphics take a serious nosedive but the frame rate improves quite a bit.

In short, this game has far more flaws than enjoyable moments. League mode becomes boring way too fast, and the novelty of playing through the downloaded Games of the Week wears out fairly quickly. NBA 07 just doesn't control properly compared to other games. Players can use the motion control to perform some of the tricks available from the right analog stick, but there's really no good reason for doing so. Audio commentaries also seem to be missing from this game for some odd reason. While there is some variety in the game modes, they all feel rushed and incomplete. Some features from previous games aren't even present anymore, and it's not even a good display of the PS3's power, considering the graphics aren't all that special. This is seriously one of the most boring basketball games I've played in a long time and should be avoided by all but the most avid of fans.