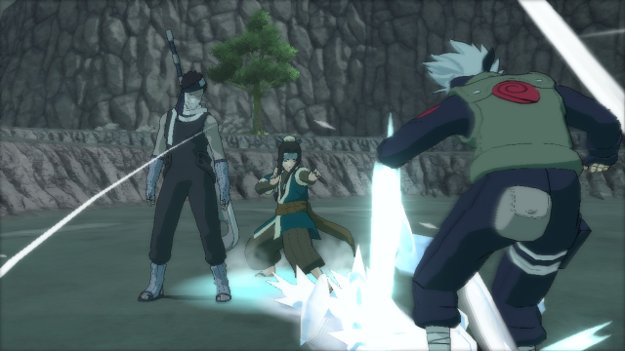 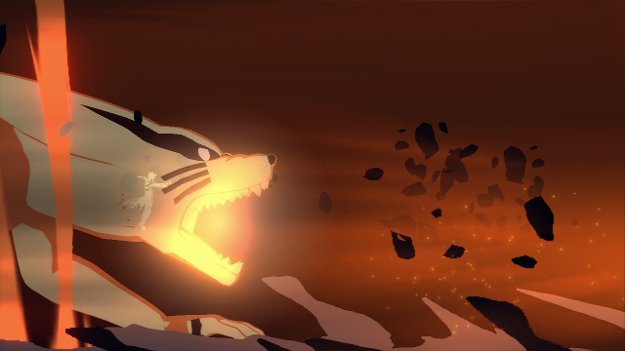 At this point CyberConnect2 just needs to be in charge of all anime-related fighting games. If One Piece decides to ever do another fighting game, giving it the CyberConnect2 treatment would seriously be a sight to see. There were quite a few changes with the last installment of the Ultimate Ninja series, but CyberConnect2 has decided to return back to what made the games so fun to play with. Naruto Shippuden: Ultimate Ninja Storm 3 is indeed a return to form for the series, but it trips itself up from time to time.

Ultimate Ninja Storm Generations seemed to be an experiment of sorts with the franchise. Gone were the boss fights with interactive cinematics that had players doing quick-time events, but the overworld was completely ripped out making gameplay much quicker. This time around, Ultimate Ninja Storm 3 brings back the overworld and definitely once again fills the game were great quick time events that really accentuate dire boss fights. These fights are some of the best the series has even seen. Not only will you be fighting humanoid opponents like the immensely powerful Uchiha Madara or the Fourth Raikage, but also towering foes like the Gedo Statue and the eight other Tailed Beast. These fights really differ from each other. There will be times where you simply have to get in close to land blows, but other times you will have to take part in other thrilling matches that pits Naruto against the Kyuubi, the Nine-Tailed Fox as you struggle to take his chakra. These type of fights are not only thrilling to participate in, but make the fights seem even more dire thanks to switching up the actions you do during these fights  along with the quick-time events returning as well as the astonishing musical score that goes along with it. 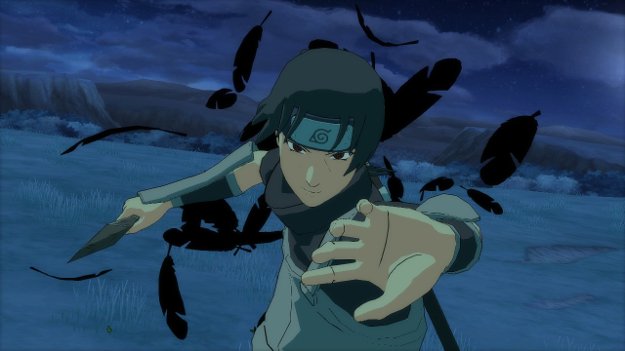 This is perhaps one of the first times I have paid so much attention to the music in the Ultimate Ninja Storm series. The musical scores this time around really mesh well with the stylized fights the game throws at you. You will really sense the need to do well during these fights as the music swells during intense moments making you feel like this is an all-or-nothing moment in the progression of the story.

The musical score definitely adds to moments for fights especially with the new Ultimate Decision aspect. At certain points, your playable character will be given a choice on how to progress the story, with a Hero or a Legend decision. Hero decisions tend to be on the easier side as you will take on fights with help from special support characters while Legend choices are way tougher and can have you undertaking fights that have you fighting several bosses at a time with no support whatsoever. These choices can really bring you into the feel of how it is to be an anime character. Do you want to get through a fight with some ease or do you want to try your hand at fight with overwhelming odds; much like how a Naruto fight plays out.

The score will definitely fill fans with emotion during boss fights when Secret Actions become initiated; a new thing to the Ultimate Ninja Storm series that greatly adds to the cinematic flare. When these are activated, the fight transitions to a classic fight from earlier in the series with a sepia-toned finish over the entire sequence. These types of actions happen in situations such as Naruto fighting Sasuke and during the fight it transitions to all the earlier fights the two have as you control Naruto in his earlier days fighting Sasuke. Even when these transitions occur, they no way disrupt the pacing of the fight, but actually add to them. One of the key factors in the entire Naruto series deals with the bonds allies have with each other. Not only that, but the bonds characters may have with their enemies. And it is these Secret Actions that really nail the overall meaning of them home. It shows that the characters have history with each other and at times are fighting to restore the bond they had with characters. Combine these Secret Actions with the musical score, and it makes the overall gameplay that much more touching.

However with the return of the cinematic feel of the game, it seems Ultimate Ninja Storm 3 has relied too heavily on cutscenes. I think I may have watched more cutscenes than actually taken part in fights; the worst offender being when I was in the middle of a boss fight and then during it, I had to watch a lengthy cutscene which then transitioned into a flashback cutscene. I realize that this is how it played out exactly in the manga, but to spend that much time watching a cutscene and then jumping right back into a fight where it was left off is pretty disconnecting. Something like this could have been solved by simply splitting the boss fight into two fights. 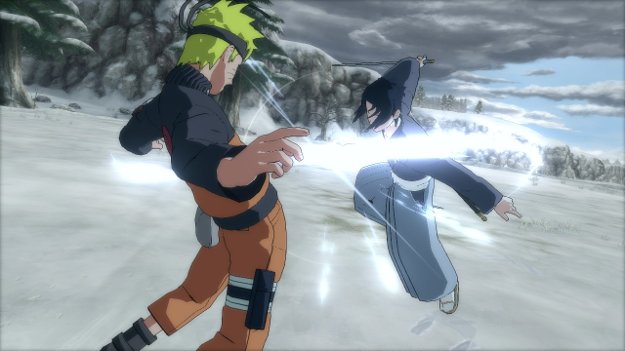 The combat is still in tip top shape for Ultimate Ninja Storm 3. It feels the same as it ever was and that is a good thing. Since the first Ultimate Ninja Storm, combat has been great. With the new addition of being able to go into an Awakening State, a mode for some characters that gives them extra damage output and new special moves, on the fly even during mid combo opens up for dealing extra damage to opponents and experimenting with a whole new slew of combo chains.

At this point, the overworld is almost pointless to have in the game. There is little redeeming value to it besides visiting shops for ninja tools or bento boxes. The people you can talk to might as well just be NPCs from the past generations of RPG games. They don’t really contribute anything substantial to being there. Most of the ones you can talk to, just have one line to say to you and if you talk to them again, they repeat. They are as useful as the ones you can’t even talk to. The only ones you care to interact with are vendors or the ones that progress the story.

Naruto Shippuden: Ultimate Ninja Storm 3 is a return to classic form for the series. With the comeback of the quick-time events in boss fights, it once again highlights what CyberConnect2 does best; making very cinematic fight scenes. Even though this sequel in the series is quite cutscene heavy and has a pretty lackluster overworld, it still makes you feel like you are actually taking part in a stunning anime story. CyberConnect2 definitely knows how to cater to anime fans and make a great fighting game from it.