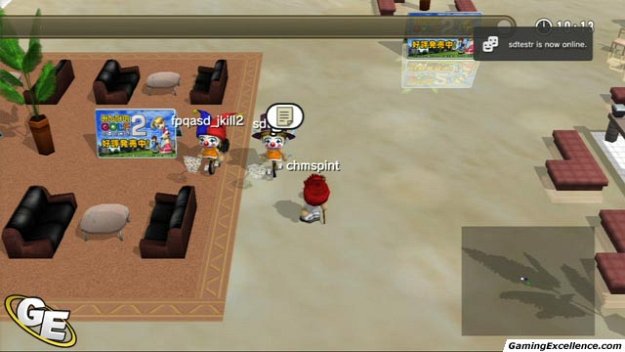 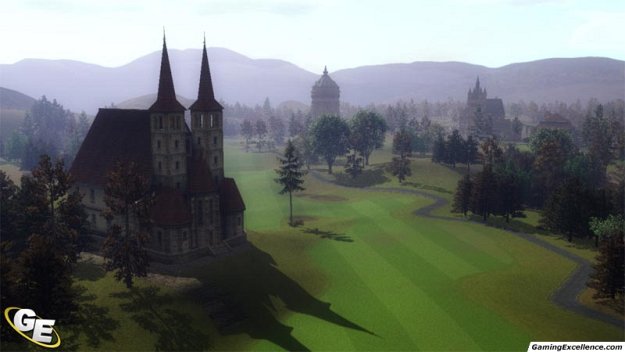 Let's face it; innovation is a dying thing in the world of video games. Most game companies are releasing sequels, prequels or games that are either based off of others or direct rip-offs. However that doesn't mean that within the realm of sequels and spin-offs you can't find any sort of innovation or change going on. Some of these don't work out so well or have mixed results. Hot Shots Golf: Out of Bounds happily side steps that problem by introducing some fun new mechanics while keeping the core element of being essentially an arcade style golfing game.

The one thing that this game most definitely is not is a sports sim in the vein of the Tiger Woods games. This is about as simple a premise as it gets. Pick a golfer and their caddy, choose your golf course and then a few other options, play through a few holes and do it all over again. The game is technically sound in every way and anyone who has played previous games in the series will recognize familiar faces and how the game is played.

Rather than just sitting on their thumbs about this, developer Clap Hanz has decided to up the ante a bit here. Now you can choose between the traditional shot system, the one used in the other games in the series, or the advanced shot system. When using the advanced shots you will not deal with a power bar but instead be focusing entirely on your golfer. By watching how high he or she swings up the club you will determine the power level of your swing. The two systems are functionally similar but the advanced one does away with any meters or bars. In the end it's mostly a personal choice and both work just as fine with only a few minor points distinguishing them.

The biggest gameplay change the series took on when brought to the PlayStation 3 is that of online play. Upon connecting to the internet with the game you will be able to create your own customizable avatar. The things you can do in this create a character mode are a real blast, letting you produce some really funny or just comical results. From here you are brought to one of a variety of lobbies where you can chat with other players or join up with a game. You can either do a full on tournament with a relatively large number of people and even watch them playing through. It's entertaining and a great use of the PS3's online capabilities.

However this also brings out one of the gripes with this game. Why can we not make our own customized characters for offline as well? Sure there are plenty of golfers and caddies to unlock by playing through the tournaments but the option to make a golfer of your own would have been great as well. Perhaps this was done so you would play as and get to see the variety of golfers in the game but it's still a sticking point.

While not the prettiest game to ever grace the consoles the graphics are quite good. All of the characters have a crisp anime look to them while the courses themselves are rendered fairly realistically. It's quite pleasing to look at and it's fairly amazing that the online mode runs the game so well with how good it looks seeing as how lag is almost non-existent. Watching the ball speed across the course as the spectators in your path scatter is a blast every time you watch it.

On the other hand the sound is fairly weak with easily forgettable music and the same catch phrases from your character spoken over and over each time you take a shot. While it's fun to watch, and listen, to them celebrate when they do well or complain when they do poorly it gets repetitive. The high point of the sound is listening to the crowd react to your shots and how well you are doing.

Hot Shots Golf doesn't claim to be anything that it isn't. While it is most definitely a fairly shallow game you can have hours upon hours of fun with its elegantly simple design. Out of Bounds is proof positive that even a simple concept can be turned into an enjoyable game experience for any fans of golf games or even just casual players looking for some fun online play. Tee up.