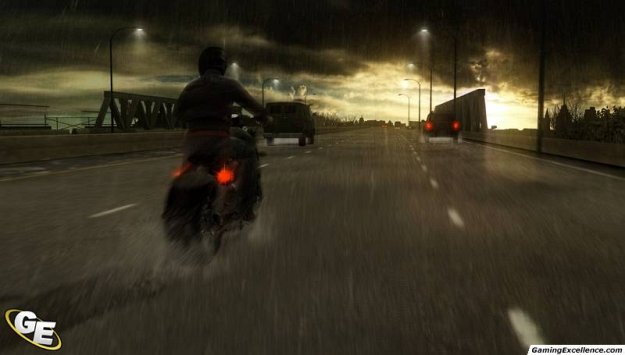 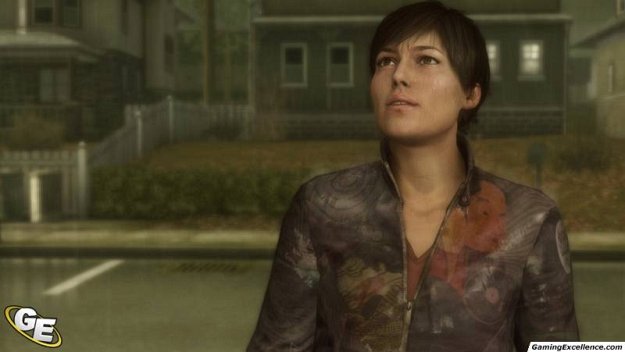 I'm not entirely sure how to review this game. I've been writing something, deleting it, writing it, deleting it again, because I'm not quite sure what to say.

Heavy Rain is a game about making decisions and seeing the consequences fold out before you. As four, individually broken people get embroiled in the machinations of a killer known as the Origami Killer, you must guide them through the events that they are involved in, work through what they must, and make the choices that they need to make in order to succeed, or fail. This isn't a game about explosions, about upgrading weaponry, or fighting monsters. There are no inventory screens, no objective lists, and no boss fights. There is just a brilliantly crafted, branching storyline that unfolds before you as you play, one that is compelling enough to draw you in until its final, breathtaking conclusion (if, indeed, your choices lead you to one).

Four characters, a father, a reporter, a retired cop, and an FBI profiler all are guided down paths chosen by you. Playing the game isn't terribly complicated, but definitely unorthodox: walking around the environment is done by using the left stick to control your direction and the R2 button to move forward. It takes a little while to get used to, but in end is alright.

Interacting with objects is accomplished by following prompts that hover over each interactive thing, prompts that involve pressing certain directions on the right analog stick, spinning it in a circle, and so forth. In addition to this interaction, there are times when you'll need to hold down multiple buttons, move your controller in a particular direction, or repeatedly press a button to accomplish particular tasks. The movements are natural-feeling, such as pressing up to slide a window up, performing a series of button presses and a twist of the controller to pick a lock, or, rapidly moving the controller down to kick down a door. In addition, you can also bring up the character's thoughts by pressing L2, allowing you to hear what they're thinking.

Heavy Rain has a lot of what I shudder to call Quick Time Events. Whenever there's an action scene, such as a fight, button prompts repeatedly come up to press. What Heavy Rain does very differently from other games is that each button prompt isn't a matter of life or death. You're given a lot of leeway in how many of the prompts you can lose before finally failing the scene.

The prompts are also excellently incorporated into each scene. Instead of merely flashing a button in the center of the screen, forcing you to take your eyes off of the action, the prompts are within the battle itself. Throwing a punch means having a button appear on your character's fist; punching a guy on the ground puts a controller-down prompt over his face; dodging an attack means a directional prompt over the thing flying at you. It means getting more involved with the action and not wondering what you're missing while starting at prompts at the edge of the screen.

The impressive thing about Heavy Rain, by far, is its storyline. Now, I can't get into too much, if any, detail because just a few words could be construed as a spoiler to the plot. But suffice to say, it's excellent, and rivals any plot to grace a theatre's screen. Each person embroiled in the machinations of the Origami Killer must follow their own investigative route to find their way to the end of the game. And most scenes have multiple ways to succeed, meaning that just because you've found a way to achieve your objective does not necessarily mean that it is the only way to get through that scene.

Because there are multiple characters, there are multiple ways to fail, multiple ways to die, and a wide variety of endings for you to receive. The key here, however, is that failure does not mean a game over screen. Just because one character dies, or loses the trail of the investigation, does not mean that the story is over. In fact, even the death or failure of every character means that it's just another ending to the game.

In addition to endings of each character, the plot branches as you make choices. Sometimes it's a minor change, just giving a character an extra line to say. Sometimes it can give you an entirely new scene to work through and try to succeed in. But the key is that each choice always can continue the overall story, which can culminate in a climactic finale that keeps you glued to the screen 'til its gripping end. And if you want to experience different scenes or endings, the game allows you to play through the game starting from particular chapters, so that you don't have to replay every scene whenever you want to see different endings.

Another element of the game that's far and above its contemporaries is its audio and visual presentation. First, the game is a treat for the eyes, featuring some of the best graphics I have yet to see in a videogame. Amazingly rendered characters and environments makes the game sometimes feel like an actual movie. This comes with a cost, however, whether it's the uncanny valley, which occurs mostly on non-central characters or the fact that even the most minor of graphical glitches really pop out at you due to the graphical fidelity. Regardless, it's a beautiful-looking game. And the music of the title is just as excellent. With riveting high-speed tunes or solemn, sadness-filled pieces, it does an excellent job of drawing you further into the characters and the scenes. Voice acting is also very well done, though sometimes the voices sound a little odd, possibly due to the English-speaking voice actors' French nationalities.

Heavy Rain is an amazing title, flat out. The game does fantastic things with the PS3's hardware, presenting a compelling title, both in gameplay, plot, graphics and audio. Even those that don't like quick-time events can adjust the difficulty, increasing time allowed to accomplish each prompt and reduce the complexity of the button presses required. The game is just excellent to play and experience, and I'm certain that if one starts it with the knowledge that it's not a game about action and experience levels, they'll want to see the story all the way to the finish.