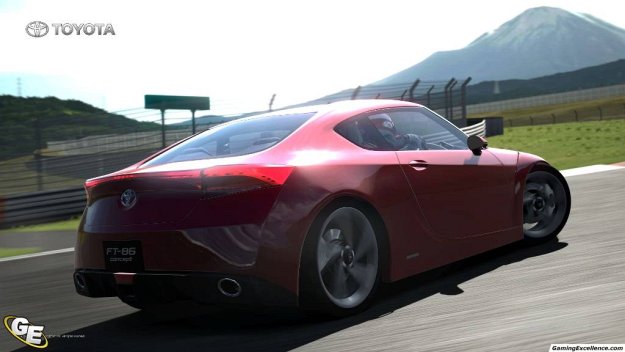 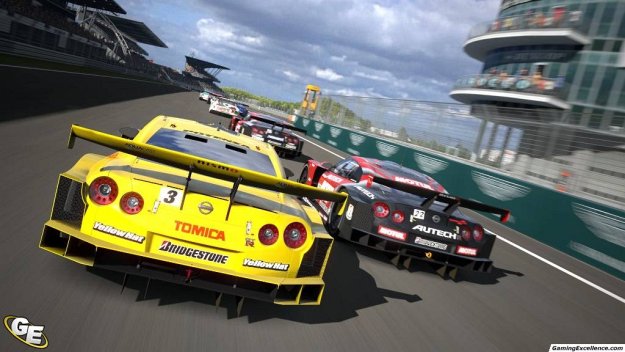 Does Gran Turismo 5, awesomest, most realistic and storied racing franchise ever to grace three generations of PlayStation consoles, even need an introduction?

[Editor's Note: Yes. Yes it does. Gran Turismo 5, released by Sony late in 2010 when racing sim competitors Forza and Need for Speed SHIFT have already made their mark, was originally expected in 2008/2009 by many. Instead, teaser release GT5 Prologue provided a small taste of what the PlayStation-exclusive franchise would hold for the PS3. Now, a full-blown Gran Turismo title hits a PlayStation console for the first time since 2005, featuring expanded multiplayer capabilities, new race types including NASCAR and World Rally Championship, and the largest car library yet.]

As far as gameplay goes, the formula is classic GT: buy a car, take it to the track, win a few races, then buy some more cars. Beyond that, the game doesn't set very many rules. It's so non-linear that most GT rookies will almost certainly be overwhelmed by the wealth of options. While most racing games will offer a choice of two or three cars to start with, GT players start with a small wad of cash and venture into the used car dealership, which randomly generates a list of available cars and prices from its mind-blowingly large car library. Some will be lucky to find great cars with high mileage; some will get stuck buying a Lada. Once players finally come to a decision, their first car will be eligible for not one, but about 15 different races on different track styles and against different types of opponents. Or, newbies can head to the License Tests to learn some basic skills, a pretty good idea for most GT newbies that will otherwise find out just how realistic this game is as they take their very first corner. From there, everything is "locked down" only by what other genres would call XP -- a somewhat arbitrary evaluation of how much racing skill you've been deemed to have. After all, it would just be silly to allow players to purchase a high-end Porsche if they can't even drive a Ford Focus in a circle. As you'd expect, there's a bunch of different ways to increase a driver's experience level -- winning races, completing license training, completing special challenges, etc., more of which can be accessed as you're deemed worthy.

If one had to describe the game in three words, most would use "realism," "precision," and "sexy" (or subtle variations thereof). GT has always aimed to match real world cars, real world data, and most importantly, real world physics. If you can manage to lift your eyes off the ridiculously perfect car models (that's the sexy part) ahead of the next curve, you'll remember that the braking button is far from cosmetic in this game. You can't just blare down corners at full throttle and expect to bounce off the walls and maintain speed. Driving takes careful precision; it takes a lot of effort to stay on the track without hitting walls and spinning out in the grass, let alone keeping a lead. The game is also annoyingly strict about those international racing rules, disqualifying you from a race for so much as a visual glance at another crybaby's car, so plowing your way through to the front of the line is not an option either. To all the racing fans who were under the impression that Cruisin' USA and its offspring were anywhere near realistic, skip this game in favour of looking up the terms 'gravity' and 'momentum' in a dictionary.

Gran Turismo does away with all the cheap thrills and pats on the back that other racing games use to string the player along. There will be no (good) cars donated to your cause, no tips on what to do next or how to do better, no spectacular crashes or their replays; instead you can expect a virtualization of the experience you'd get from doing the same in real life. Your only reward for winning a race is a checkmark on your "to do" list and a few extra bucks. Sure, that sounds perhaps a bit harsh or lame, but then it's no worse than achievement/trophy hunting these days. GT promises realism, and delivers big time. Those who are at this point asking themselves why they'd actually have to put some effort into a game before being successful should avoid this one or, at the very least, figure out how to attach some sort of Wiimote-like wrist strap to their PS3 controller, lest it be found smacked into the TV screen. Of course, real GT enthusiasts will have their expensive steering controllers and drive pedals ready, and those aren't as cheap and easy to use as projectiles.

If there's one reward for spectators in this game, it's the stunning visuals. GT5 looks clean and crisp, a far cry from the original whose over-antialiased mid-ground blurriness is still burned into my corneas. It's now possible to both see where you're going AND enjoy the view like never before. Of course, the foreground is pretty damn impressive too. You'd think that by having a bajillion different car models on a single Blu-Ray disc, polygon counts would have to suffer. I don't know how they've done it (Sony internal black magic?) but those cars have the most well defined curves of any PS3 polygon yet. It's almost a shame that Cruisin' USA's victory celebrations didn't survive the 90's.

GT5 is pretty much exactly what everybody expected it to be. Overhyped maybe because of the unprecedented delay in its release, but spot on with its goals. However, the core of the game is perhaps a bit slow paced because of nagging but not quite coffee-break load times and because of the amount of time spent in various game menus, but then there's a bunch of modes thrown in that give the appearance of variety without actually contributing any additional meat to the game. There's a test drive mode where players can take a car out for a spin, but there's zero penalty for testing a car in an actual race and backing out halfway. There's also a practice mode that allows players to race against their ghost image of a previous best lap instead of real racers -- because fewer rewards for the same accomplishment are what players want? And then there's the B-Spec races. B-Spec are to A-Spec what watching golf is to playing hockey. It's the "be a GM" mode of the game. After you've spent all that time researching cars and trying them out and outfitting them perfectly, well, driving them would just be a chore. So instead, you can create some half-baked freeloading douchebag character to drive it around for you, while you watch what boils down to an instant replay in real time. Sure, you can tell your driver to pace up / pace down / keep the pace / overtake, but that seems to have about the same effect as yelling at Tiger Woods across 2500 miles of TV cable. Unfortunately, your driver is NOT Dale Earnhardt or Michael Schumacher and at the lower levels, will spin out often enough to warrant a few more controllers lodged firmly in your TV screen.

No, racing cars first hand is where the fun is... unless you don't know how to use the breaks... or you've bought a shit car... or you don't understand racing lines... or you know too much. That's right, driving skill is only half the battle here. The other half lies in being enough of an automotive nerd to understand where money's worth spending. If you can manage to keep all your paws on asphalt, it doesn't so much matter whether you can corner within inches of flattening your sexy ride against a wall of concrete as much as how good that ride actually is (like it or not, sexy's got nothing to do with it). And that's where the game's imbalances become glaringly obvious.

Here's how the imbalance gets going. You use your first 20k credits to buy a half-decent ride, whatever's available to you at the start. A few first place finishes aren't unreasonable if you're also a half-decent driver. First place finishes tend to give up boatloads of credits, about 12k each. You could then buy all the Toyota Camry's in the used dealership, but if you hold out long enough for your driver level to increase a bit, you've got a whopping sum to spend on a pretty decent higher-level car. Now, it seems that most entry requirements for races are fairly liberal, probably because the game tries not to alienate non-connoisseurs, but it's a bit too liberal. Too many of the races allow you to extravagantly outclass the competition, and I mean extravagantly. Many races have no restrictions, and so I was drifting circles around the Mazda Miata's and the 80's Celica's after I'd lapped them with my '98 Skyline GTR in the first go around the course. Other races have loose requirements like "Japanese cars from 1990 to 1999", which meant that after a quick stop at the used shop, I was racing against '91 Civic Hatchbacks, cute as they are, in a '98 Impreza WRX STI w/ supercharger. You'd have to be driving with your butt cheeks to lose that race. I'm all for realism, but I'm pretty sure that in a real world, event organizers wouldn't let me pull up a 360 Modena to a soccer mom sedan party.

The problem is fairly easy to spot: attempting to impose restrictions on a small subset of too many bloody options. If the game doesn't give you enough cash, then you won't be able to buy '90's Jap car you need for tourney X. If the entry requirements are stricter than just that, then the used car dealership randomizer won't chalk up anything that fits the bill until you're tired of looking for it. If you can't get the cars to get into races, then you can't make any money and you can't buy more cars.

Let's recap. Players have to work hard to sift through cars and buy the right ones at opportune times. Players then have to work hard to drive properly around race tracks. Players even have to adjust their car selection to make the race fair in the first place. It's almost as though the developers gave up trying to compute all the permutations of the encyclopedia of options available and just printed "do whatever the fuck you want" in the first page of the manual. Page 2 reads "we have a nice lobby menu that's a bland cut and paste from every other online game these days, and our lobby music tunes invalidate most TV manufacturers' warranties against lodged PS3 controllers." Page 3 probably quoted John Lithgow saying "you can't spell 'painting' without 'pain'" and referred players to one particular Rolling Stones song about getting satisfaction. Or at least that's what I think I read before I needed something else to throw at the TV.