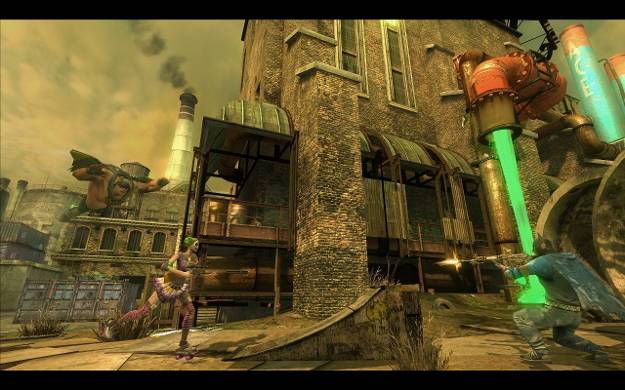 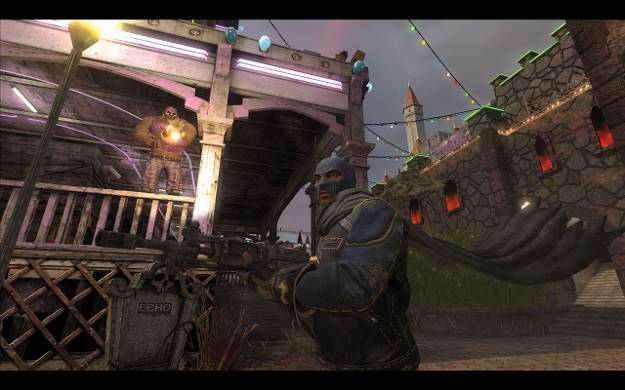 It's not necessarily fair to call a game a clone. In fact, some developers might be insulted at the idea that you liken their hard work to something that has come before. But in the case of Gotham City Impostors, within five minutes of playing, you'll likely think that you've played something very similar before, and you can't be blamed. Numerous aspects of GCI will invoke memories of Call of Duty, and although that isn't the worst game to be compared to, head to head with the aforementioned, Gotham City would likely falter.

What is seemingly promised with GCI is a whacky take on an FPS with various gameplay gimmicks and the inclusion of the Batman license. On a few fronts it succeeds, as the ability to glide around the maps and use of a grapple hook to zip line from one point to another are a novel addition. In other aspects though CGI falls flat with only a limited variety of game modes and a rather disappointing use of the Batman license from DC. 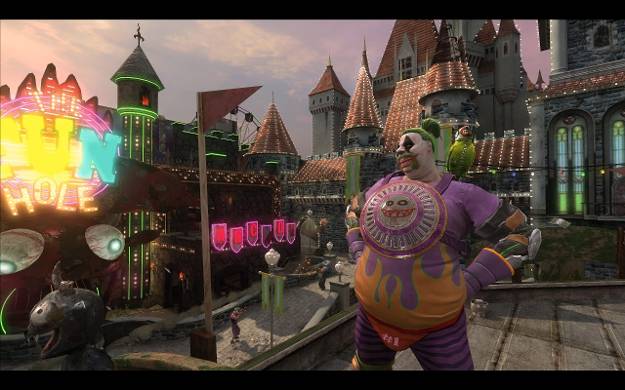 As you may know, Gotham City is a download only multiplayer shooter that is focused around two duelling factions: vigilantes who support Batman, and claim to perform heroic deeds, and those who side with the Joker, trying to spread anarchic and mayhem. This in itself is as deep as any background or story evolves and aside from explaining that the use of guns is because they can't afford the same gadgets as Batman, you are thrown into the action which is nothing more than killing the other team and completing objectives.

Like its distant cousin, GCI allows you to select from a variety of classes, and then lets you customize in terms of your loadout. Also, if you accumulate enough in game currency, unlock by way of levelling up, or shelling out Microsoft points, you can alter your appearance as well as other small facets in cosmetic ways. Aside from these few options for customisations, Gotham City is somewhat shallow in things to do aside from joining a game and fighting, but considering it is in fact a downloadable title, it doesn't seem too shallow to justify the price.

As noted, the options are limited in terms of game modes, with team death match being the most obvious, and then fumigation, a take on king of the hill, and finally psychological warfare, GCI's own version of capture the flag. Team death match does not present anything out of the ordinary, but fumigation allows for king of the hill gameplay where if one team is able to capture all three points, it begins an end game event where the opposing players are killed by gas or bats (depending on who holds the fumigators). Psychological warfare on the other hand has both teams trying to capture and hold a battery (the flag) which will power up their propaganda machine, which if fully function, takes away the opposing teams ability to use weapons, leaving them only with the ability to slap.

Gotham City is an enjoyable game, but what hurts it from being a great game is the fact it does not strive to differentiate itself from other online shooters. Yes, there are a few novel aspects like the grapple hook, and there are a few unique weapons to use, but as already mentioned, the experience has been done before. One of the other most disappointing aspects has to be the use of the Batman license. Aside from the characters running around in skins dressed to look like Batman or Joker, and a few sound clips voiced over, there are few things that really link you to the Batman Universe and remind you that this is in fact suppose to be Gotham City. 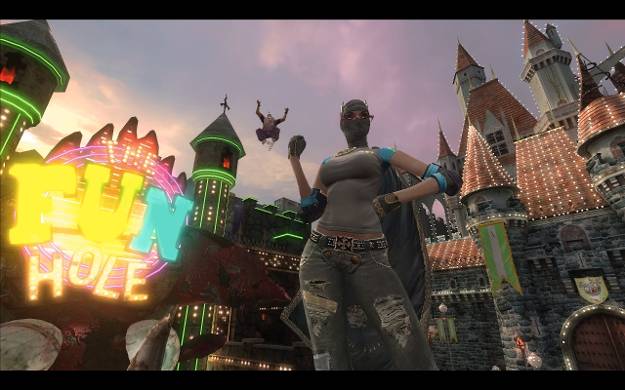 Visually the experience is also lacking. Although the game claims to have a unique art style that is bright and vibrant, when played on a 360, the world was bland and appeared dull which made the graphics appear even more dated. Technically as well, there are points where if several character are on screen and battling, that the game will become choppy. This lack of polish doesn't stop the game from being fun, but definitely adds to the list of other less than stellar parts.

With all that being said, Gotham City Impostors isn't a bad game, but it also isn't great. The shooting is enjoyable, but it's been done before. The few additions of weapons and tools that make the game unique, aren't enough to set it apart, and the lack of depth in game and slight technical short comings hamper it from putting its best foot forward. Gotham City is in a difficult position, if you already own Call of Duty, you have a similar and deeper experience. On the other hand, GCI offers a solid shooting experience that introduces a few new gimmicks that might be enough to keep you entertained for a while. The choice is then left to you: do you want to fight crime or cause chaos? If you do, give Gotham City Impostors a chance, but don't be surprised if you have a bout of deja vu.