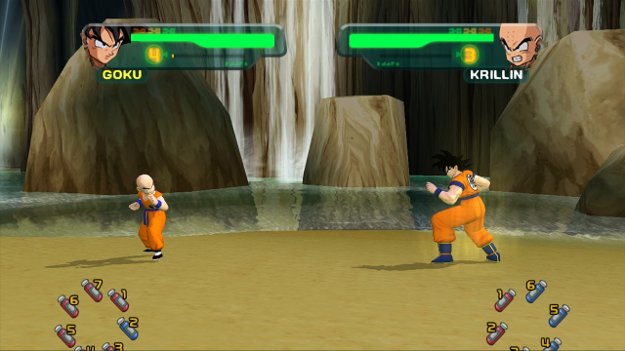 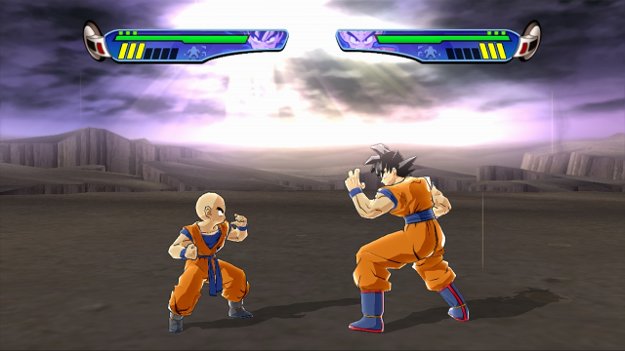 The one great thing about all of these updated HD Collections we’ve received this console generation is that of value. No more do you have to hunt an older game down, likely pay a marked up price for it and then pray that your old consoles still work. Now you can simply pop one disc into your console, getting access to two or three games for the price of one. Sadly this process of slightly prettying up the graphics and packaging them together leaves the games saddled with all of their flaws, making buying some of them a dicey experience. This is the problem that saddles Dragon Ball Z Budokai HD Collection.

Budokai 1 and Budokai 3 are widely regarded by many as some of the best Dragon Ball Z games ever made so it’s immediately to this games credit that we’re getting the both of these in one package. Between these two games you’re looking at around thirty hours of content if you don’t use a guide and since the games constantly give you different tasks you’re unlikely to ever feel like the games are getting repetitive. 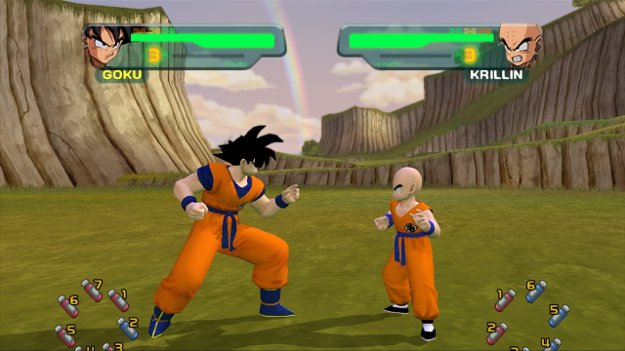 The first Budokai game is the weaker link in the duo as the combat there has always been rather stiff. However the story mode is fantastic as it gives you CGI cutscenes that reenact scenes from the anime. Many other Dragon Ball games have excluded these, as Budokai 3 does, which means that any person who is unfamiliar with Dragon Ball Z’s overwrought storyline will actually be able to follow along. This allows a gamer to play through the story mode in the first title, finish up the game then move onto the third game and not be confused by the lack of explanations in the story modes. So while it may be technically weaker it definitely has a lot to offer a gamer especially if you have friends to play the local cooperative mode with.

Budokai 3, while technically superior, actually manages to be the more frustrating of the duo due to some questionable design decisions. First and most importantly is the immensely terrible decision to make the Dragon Rush attacks such an integral part of the gameplay. See, most of the gameplay in the Budokai games consists of getting into hand to hand range then initiating a combo that ends with a special attack such as the trademark Kamehameha blast.

But whereas the biggest threat you faced in Budokai 1 was the computer being far too skilled at keeping its energy maintained so that they can always use their best attacks, the addition of the Dragon Rushes gives the computer an on-demand panic button that lets them shred your health at will. By charging up, activating Dragon Rush and then hitting you once they activate a QTE. Should you fail to succeed in this then you will take an incredible amount of damage, often enough to finish you off quickly afterwards. While you can use this attack as well it’s nowhere near as effective in your hands and the computer will often manage to evade you entirely unless you get really good at cornering them.

However the actual gameplay in Budokai 3 is immensely pleasing. While the story modes are somewhat light on actual story, the fact that most of the DBZ heroes and the fact that even a few villains get their own campaign is an amazing treat. These modes consist of flying around an overworld map, gathering up dragon balls and money, meeting characters from the show and then flying to the storyline events. It’s a good bit of fun, heightened only by the incredibly responsive fighting system of Budokai 3. The ability to counter your enemies energy attacks with your own, a smoother combo system and more responsive characters make every fight an absolute joy to control. 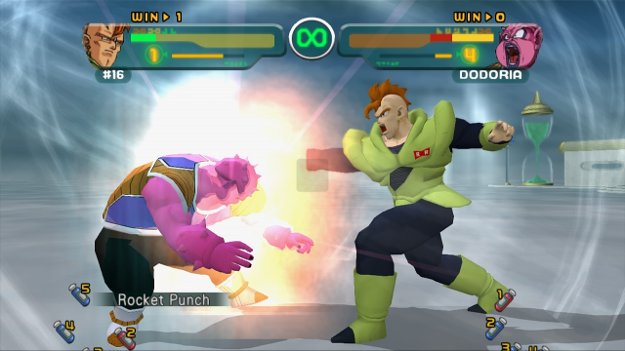 One notable change from the older games to this updated release is that the music of Kenji Yamamoto was revealed to be heavily plagiarized. Thus his music has been removed from the game entirely and replaced with music found in the later Tenkaichi and Raging Blast games. It’s a shame as his music was actually quite good but in the end the new music is pretty good as well so it’s not easily noticed except for the music snobs amongst the fandom.

Lastly, while it’s not expected that developers will really add much of anything to a game when it is being re-released in an “HD” collection, the lack of online play really hurts this title. If this simply had some sort of ability for basic online matchmaking with Budokai 3 at least then the game would have been infinitely improved by this addition. Being able to go up against your online friends and strangers with your own customized DBZ faves would have been a blast.

All in all this is a pretty solid package if you can simply get past the Dragon Rushes and the quirks of re-released PS2 titles. There is some frustration to be found but honestly it’s one of the better HD collections that’s been throw at the consoles this generation. These are both solid titles that each bring something to the table so it doesn’t feel like you’re simply playing the same game twice.