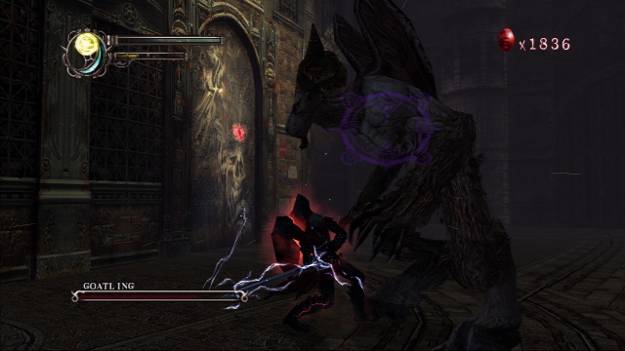 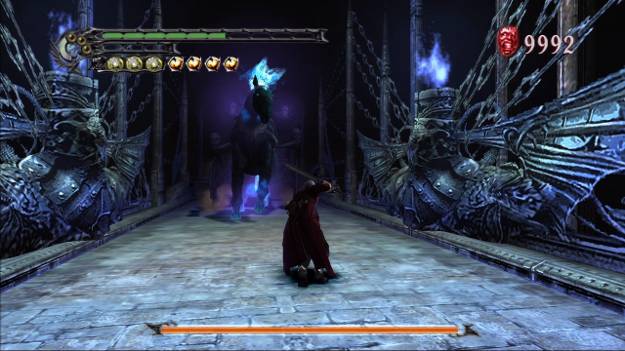 Devil May Cry HD Collection doesn't need a review so much as it needs a flow chart. Determining whether this game is for you kind of goes like this: Are you a fan of Devil May Cry? If yes continue, if no put down the game. Do you own the still readily available originals on PlayStation 2? If yes put the game down, if not continue. Are you interested in ever bothering with the crappy Devil May Cry 2? If yes feel free to purchase this, if not then go get something else. This game is made for one of two very specific groups: people who love DMC and will play it on any platform whenever they have the chance and for people who loved DMC4 but don't have the originals or a PS2 to play them on.

Now this isn't so much a condemnation of the collection itself but really that's all this is. They throw around words like HD remastering but all this means is that the jaggies aren't quite as noticeable on your huge high-def televisions. The games still look their age, especially with DMC4 for comparison, and the first two look especially dated. The voice work is fairly atrocious in these entries as well and none of that has been tampered with so if you like the cheesiness then it's all there for ya.

Honestly if you haven't played the first two games by now then they're not likely to impress you these days. The first game hasn't aged incredibly well especially compared to how accessible the last two games made the combat system. You'll spend as much time dealing with the limitations the controls impose on you as the difficult enemies. Except for the in the second game which is just terrible in about every single way possible for a game to suck.

The third game is one of the best action games ever released in this journalist's humble opinion. While the original release was a bit too difficult when we first received it in North America the subsequent re-release of the game as Devil May Cry 3: Dante's Awakening Special Edition the game became the masterpiece it's known for nowadays. The readjustment of the difficulty helped with accessibility and the added Vergil campaign, while a bit half-assed, added even more replay value.

Primarily these collections exist as a bit of a cash grab but this one is actually worth it if you're a huge Devil May Cry fan or if you don't want to hook up the PlayStation 2 again. The first and third games alone make this package worth the price of admission but only if you haven't played them enough that you've no interest in returning. As someone who cleared the third game with both Dante and Vergil on all difficulties and the Bloody Palace it's kind of hard to bring myself to experience that again. So purchase this with that in mind.