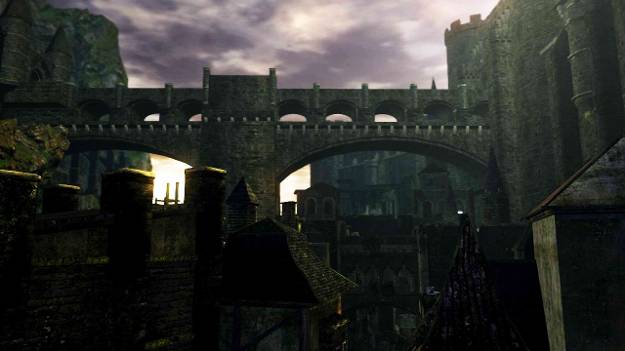 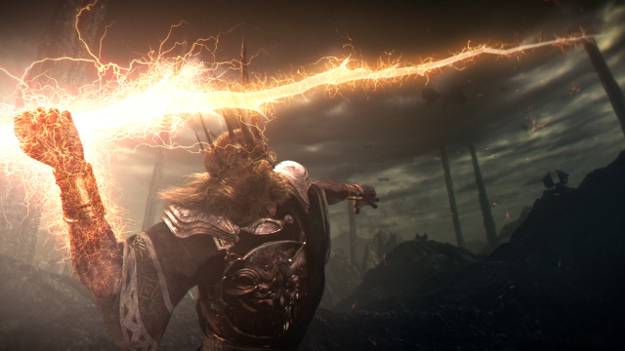 In a small booth, I got to see the sequel to one of the most enjoyable action-RPGs of two years ago – Demon's Souls. Announced a little while ago, Dark Souls continues the tradition and style of the first, placing the player in constant peril with little hope of escaping alive – but making it feel so much better when you do. Created by the same staff as Demon's Souls, Dark Souls promises to make this experience much broader, with small changes to the formula to make things even better than before.

We were shown new enemies, such as an armor-covered boar that had only one weak spot in its behind. In this fight, the developer also showcased new combat elements, such as leading an enemy into fire to do some serious damage. There wasn't a lot of the level showed to us, but we did get to see one of the largest gameplay elements added to the game: bonfires.

No longer are levels divided discreetly like they were in Demon's Souls: instead, areas are now seamlessly connected, with bonfires now a regular occurence as you progress. These bonfires, which you light as you fight them, serve multiple purposes – as checkpoints, recovery points, and also as 'places to share your experiences'. The developers were quite vague on what that last point meant, but said that they would be an important part of the online experience.

The online experience is definitely different from its predecessor, but the specifics were not forthcoming. There aren't any dedicated servers this time around, which means no world tendencies, but there's certainly still an online component. The devs mentioned an 'oath', or 'pledge', that the player would take. This would, according to them, show your role, letting you decide if you wanted to help or compete against others. The bonfires would be part of this, letting you 'share them to a certain extent'.

There were other small notes that they let slip, such as the presence of mounts – not for travel, but for other applications (I'm thinking combat of sorts, but that's just a stab in the dark). There's also an element of fast travel available, but they were, too, cryptic on this point.

Dark Souls comes out on October 4th for the Playstation 3 and Xbox 360, and the way things look, any fans of the original would be crazy not to pick it up. With double the amount of content, higher difficulty (but with more options in combat, I'm told), and just more of the gameplay and atmosphere from the first, make sure to keep an eye out for it.