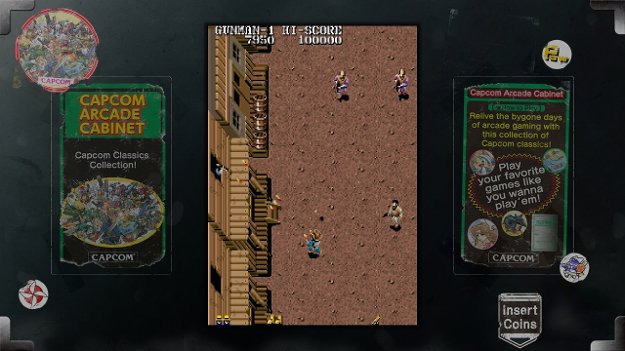 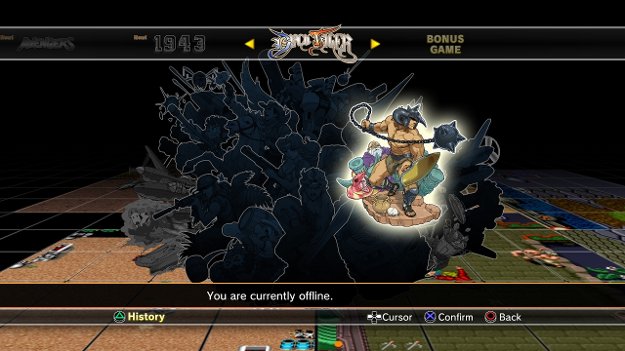 I have a confession - I never really played arcade games in my youth. It wasn't due to a lack of interest, mind you, just a lack of availability; there were simply none around where I lived. So, retro collections such as this one are always new to me, except for the rare title that I've actually heard of. The Capcom Arcade Cabinet comes with a demo for the sidescrolling Black Tiger, but if you want any more than that, you can purchase games individually (for an overpriced amount, in my opinion), or in packs of three.

As a whole, the games are delivered well - each of them come with a variety of features like leaderboards, cheats, practice modes, and galleries to unlock and peruse. Also, on the Playstation 3 version, you're able to upload replays, whereas with the Xbox 360 you're limited just to posting pictures of Facebook. 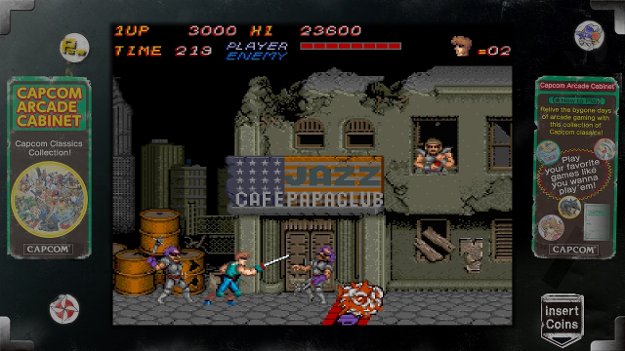 There's a real grab-bag of games here, so it's really hard to say what anyone will or will not enjoy. There are certainly a few gems in the mix, like Ghosts ‘n Goblins, something I haven't played in well over a decade, or Gun Smoke, the top-down western shooter, which I had heard about but never actually seen.

Unfortunately, when I say there are a few gems, that really just means that there are a few. There are also a lot of games that are just not really that good. And unless you want to pay four dollars for a single game, which I would not recommend, you need to buy a pack to get a single game you want. You might look at the list of games and see Avengers, for example, but don't get that confused with the excellent Captain America and the Avengers.

If anything, these games really exemplify a lot of bad arcade tropes - cheap enemies, trial-and-error gameplay, and a desire to kill you driven by financial gain. One of the games - Side Arms, a side-scrolling shmup - had me wasting three lives in the less than ten seconds, just because how it spawns you in the middle of combat with very little invulnerability time. Black Tiger, similarly, just frustrated the hell out of me with many of its mechanics. Luckily, you're provided with unlimited continues in the games, with only the penalty of a reduced score.

So it's pretty clear that arcade games probably aren't my thing, that much I can see. But the presentation is good, and there are a lot of titles to play through. Even so, the pickings here are pretty sparse, so you've really got to look over what's available to see if any of the games trigger pangs of nostalgia within you - it's hard to imagine these sorts of mechanics winning hearts and minds today.