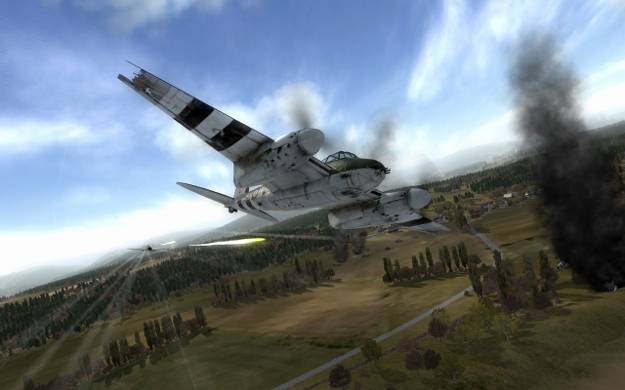 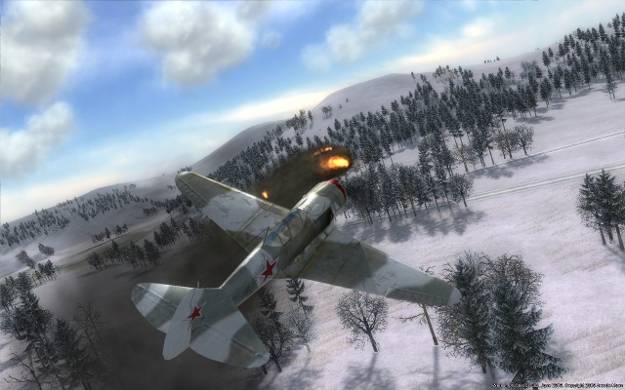 Set in a more romantic period of plucky, heroic fighter aces, Air Conflicts: Secret Wars thrusts you into the Second World War, shooting down Nazis and saving the day. Unfortunately, it doesn't do a good job at it, creating some tedious and slow moments, pacing issues, and in general repetitive gameplay, having me wishing that I was playing something else on my Xbox 360.

Opting to forget about historical accuracy, and instead craft its own plot, Air Conflicts has you follow the tale of Deedee, a French pilot who finds herself brought into the global conflict. Throughout the game you'll pilot a number of planes through a variety of missions in an very arcade-styled airplane shooter.

One of the things that's noticeable off the bat is that the game feels very much like a budget title: environments are flat and uninteresting, voice-overs are just as bland, and cutscenes are simply a single picture, with the camera panning and zooming as the narration plays. It feels like there are only a couple voice actors in the entire story, and the pacing just isn't that interesting either.

Gameplay has you perform tasks suited to the Resistance, such as shooting down planes, bombing installations, making supply drops, those sorts of things. Luckily there is some variety here, but at the same time, things feel lacking. Landing, for example, is just a matter of flying through a few rings before you're teleported to the ground. Dogfighting is generally an interesting affair, though the game's generous auto-aim makes things a little dull, and the controls are kind of hard to get a handle on, no matter what difficulty you're playing. There're also stealth segments, which involve staying low and avoiding enemy patrols; these do a decent job of breaking up the gameplay, though they sometimes feel dull.

There are a lot of planes in the game, and most missions will give the opportunity to choose which one you want to fly with. Unfortunately, despite having different stats, they all pretty much feel the same, and even the difference between gunning the throttle and having it just a bit above stalling isn't very noticeable. These are unlocked by gaining 'stars' in missions, though what you need to do to earn these merits isn't outlined very well.

There isn't much to Air Conflicts: Secret Wars. It's just not that exciting a title, and even big fans of the genre or period aren't going to find much to go on here. There are more arcadey titles out there, and there are more realistic titles out there, and this one just doesn't really know where it fits. The production values don't do it any favours, either. Like its title, it's bland, generic, and unnoticeable.