Swashbucklers: Blue vs. Grey is a action role playing game developed by 1C for the PlayStation 2. The game was released on November 8, 2007.

Reading up on Swashbucklers Blue vs. Grey prior to it's release got me shivering my timbers on the poop deck in anticipation. The concept of an action RPG pirate game set in the United States during the Civil War era sounded intriguing. Alas, just like a Christmas with presents of socks and underwear, this budget title disappoints. Read More. 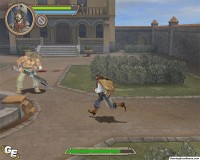 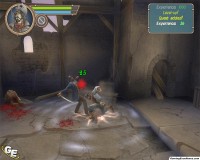 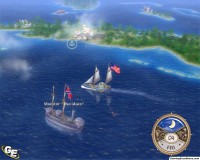