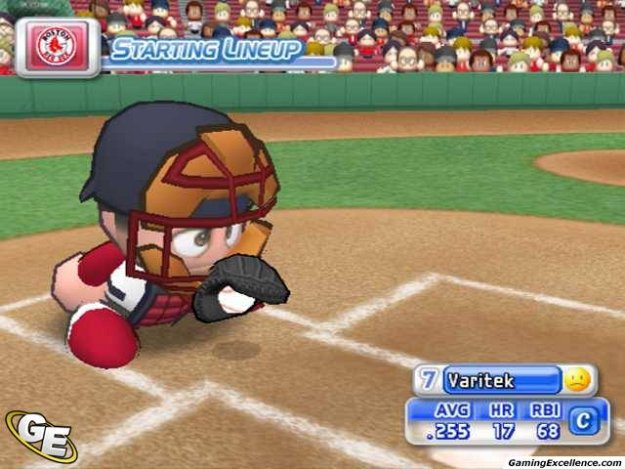 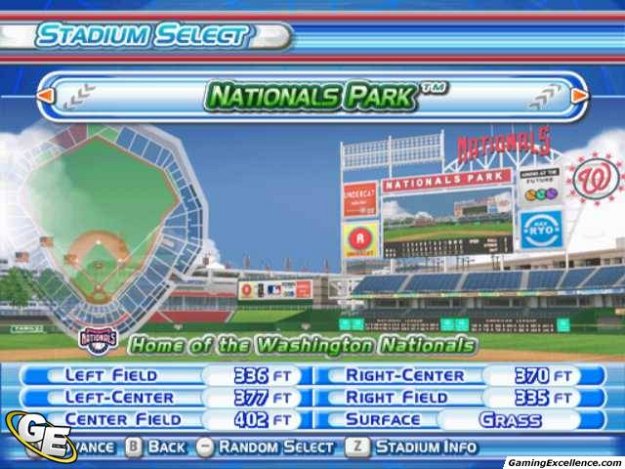 I'll cut to the chase: this game is pretty good, if you like the sport. There's franchise mode and season mode, which are done fairly well with some new additions, a reworked career mode, and a couple time wasters like home-run derby and exhibition modes to satisfy any quick baseball urges you might get.

The season mode has you overseeing a team as it makes its way through games, letting you manage players, which consists of trading, contract negotiations, and the like. It gives you a taste of some managerial duties without being overly complicated. That's for the franchise.

The franchise mode will give you a more administrative role, fulfilling duties like setting ticket prices, cleaning up the stadium, and arranging special events at the park. Everyone loves 'Bobble Head Night' But there's so much more to do, whether you're hiring staff for research duties, getting scouts to scour the country for prospective players, managing player morale, or any other of the myriad of duties. The wealth of options might be a little overwhelming for some, but if you like staring at numbers more than a pitcher, you might prefer this to the regular game.

Career mode is done a little differently than in the past, creating an All-Star player from the ground up. There's no free ticket here; you need to earn your way into the big leagues. You'll start in the minors, forced to work your way through the small-time until you're given a call up. This means playing through many games, training your player's abilities and building stats. This gives you a better connection to your player than you would've had, had you just created a new player and stuck him into a team that already plays in the major leagues. And thankfully, if you just don't feel like playing hundreds of games, you'll be able to utilize another feature that looks to be a standard in games to come: that of fast-forward. Whether you want to fast-forward to a certain date, to your character's next appearance, or even to skip an entire season, the AI will be able to simulate everything up to that point.

If you do want to play through the game, you'll experience gameplay that is pretty authentic to the sport it's based on. Animation is fluid and realistic, and your players will move from one action to another without any animation glitches in-between. Likewise, the stadiums in MLB 2006 look very well done, with a high level of detail paid to each of them.

The rest of the game not only looks good, but acts realistically as well. The ball reacts logically with the rest of the field, bouncing off of bases, walls, and outstretched gloves just as you would expect it to. Likewise, your players will react accordingly, diving for the ball, reaching with an extended glove, or standing calmly under a pop fly.

The audio in the game is a bit of a mixed bag. On one hand, the commentary is done exceedingly well by professionals (though nowadays to have any other people do it is just unacceptable), and while it is quite varied and always tailored to meet the current situation, there are times when it can get a little repetitive. And then there's the music, which is heard mostly during menus. Me, I'm not entirely sure what music should be played in a baseball game. But I do know that I went looking for the option to turn it off fairly quickly. It just didn't feel like it fit in. There are those that might enjoy it, but I did not.

In general, MLB 2006 does a really good job of simulating the sport of baseball in terms of realism. It's professionally made, both in controls and appearance, and if you like the sport, it's easy to say that you'll appreciate the amount of detail that's been taken in the game (down to the grass and dirt stains on the jerseys.) Thanks to a suitably-detailed instruction booklet, even those that are new to the nine-zone pitching concept will be able to understand it as well, if they're trying to get into the genre (though I always recommend Super Baseball Simulator 2000, personally). A generally well-made game all around. Nothing too exceptional, but it does what it does well.