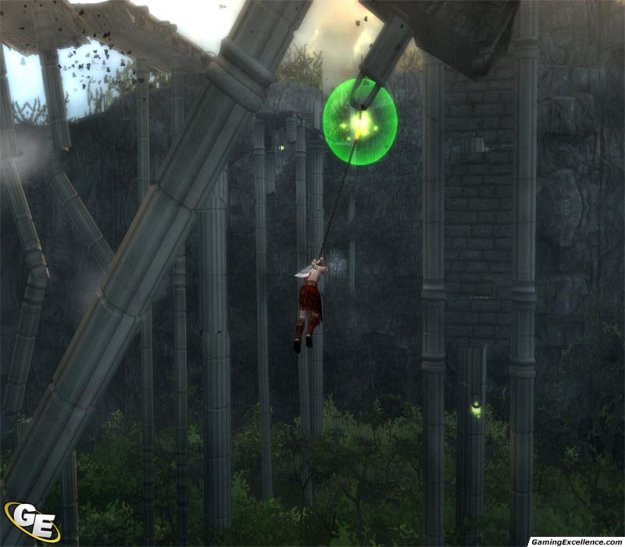 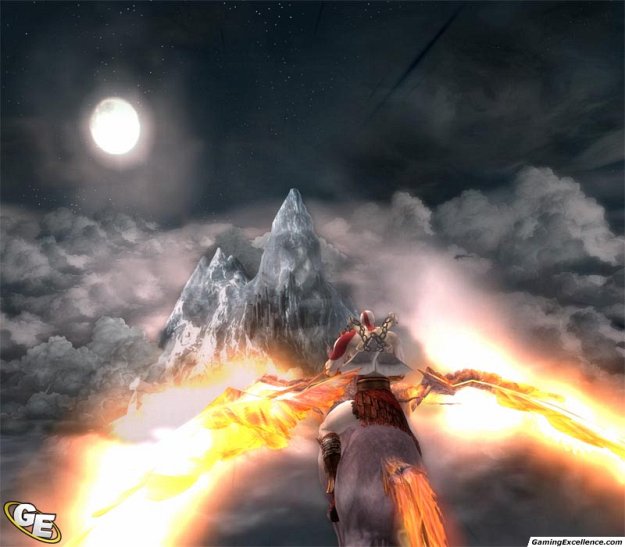 God of War is widely regarded as one of the best action games of all time. There's nothing necessarily innovative about it, but the game borrows a lot from other titles to form a complete package. Due to the success of the first God of War, Sony saw fit to create a sequel that surpasses the original in terms of quality. God of War 2 is gorier, more fun, and has a lot more epic moments than its predecessor. The gameplay is largely still the same, but there's a lot more attention to details to be found throughout.

The story picks up with Kratos in his new home on Mount Olympus. After defeating Ares, Kratos has become the new God of War. But life in Olympus seems rather boring and Kratos finds solace in aiding his fellow Spartans with new conquests. Eager to conquer the city of Rhodes, Kratos decides to go down to earth and help his fellow men. However, the gods are not pleased with his lust for conquest and decide to retaliate against him. After almost dying at the hand of Zeus, and receiving aid from the Titans themselves, Kratos must find a way to change his fate and defeat his new enemies. Needless to say, the story is phenomenal in this game. While the first one was content with a basic storyline (which was still great and full of redemption, intrigue and wonder), God of War 2 introduces deceit, betrayals and other elements to the script. There's a great emphasis in fleshing out characters, and a number of famous personalities from Greek Mythology have their cameos as well.

Kratos' adventure may be a little more mature, but it is not the only improvement. The game has received a graphical overhaul that rivals a next-generation game. To think the PS2 can push out this many polygons is truly amazing. GOW 2 can also be played in Widescreen Progressive scan, but still looks astounding on regular TVs. The voice acting continues to be superb, with Harry Hamlin as the voice of Perseus, and even Michael Clarke Duncan as the voice of the titan Atlas.

In terms of gameplay, God of War 2 does feature some slight changes and improvements over the first game. Kratos still makes use of his blades of chaos, but has new moves and combos to perform. While Normal mode turns the game into a bit of a button masher, Hard mode really forces the player to master the different combos and abilities. Kratos no longer has some of the powers from the old game and this reflects his new alliance with the Titans. Some of the highlights herein include the new eartquake power from the titan Atlas, the wings of Icarus, and chain-lightning from Cronos. There's great variety to the powers and players really have to pick and choose what to level up. Back from the first game is also the Rage of the Gods, which has been renamed as the Rage of the Titans. The Rage of the Gods was a sort of super power mode that could be used once a gauge was filled. But it was almost never used due to how long it took to charge up. The new Rage of the Titans aims to fix that by having a slightly less powerful punch, but with a much quicker recharge rate. This makes using rage a much more useful endeavour. New weapons are also available, though they might only be useful against a particular type of enemy.

The game itself plays a bit like a mix of Devil May Cry and a platformer. Instead of just fighting, various puzzle sections are present in the game. These are quite entertaining, though not necessarily a huge challenge. There's also something to be said for transportation in GOW 2; instead of just running everywhere, players make use of the flying horse, Pegasus. The horse itself is a minigame, and combines combat elements with dodging oncoming projectiles. Players can also grab other creatures mid-air and rip their wings off, which is always satisfying. The whole thing runs a bit on rails, but is an enjoyable addition nonetheless.

As far as the combat goes, it manages to be enjoyable throughout. There's a good variety to the types of enemies encountered, and each one requires a different strategy to defeat quickly. Another highlight of the game are the bosses and there are plenty of them. These fights truly bring an epic feeling to GOW 2 and are a blast to play through. Players fight against the Colossus of Rhodes, Theseus, Perseus, and even the Fates themselves. Combat take place in a variety of settings, is challenging, and offers a lot of freedom in achieving success. Some fights really push players to think on their feet, by combining puzzle elements with the actual battle. Not only that, but the settings where combat takes place are already a sight to behold. Some levels take place on top of gargantuan Titans or on top of the great Steeds of Time. This all makes great use of Kratos' platforming abilities, as well as his new hook ability, which allows him to swing to/from certain places.

I don't say this for a lot of games, but if you're a fan of action, you should definitely pick up this title. The depth of combat rivals a fighting game, while the story will keep players glued to the screen. Couple that with the high production values that God of War 2 has and you get what is perhaps the last great jewel in the PS2 crown. The bosses are a blast to play through, the levels are well done... Need I say more? This is one of those rare games that you will play through again and again and continue playing long afterwards. Keep in mind that this game should be played on Hard mode for the best experience, as Normal mode can turn the game into a button masher. God of War 2 also features a Bonus DVD with interviews and "Making of" Documentaries that are actually worth viewing. If you have a PS2 (or PS3), you owe it to yourself to pick up this game.