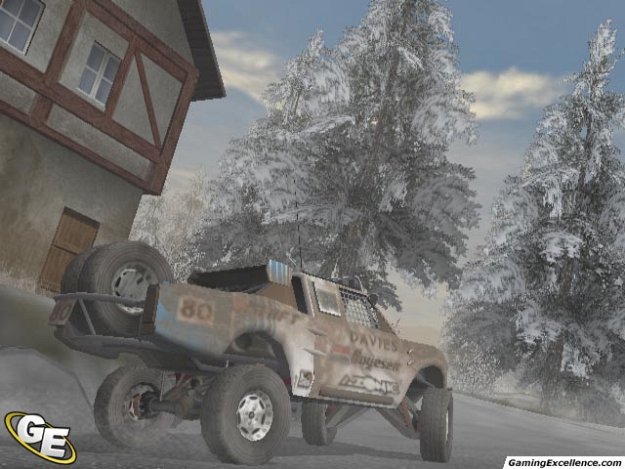 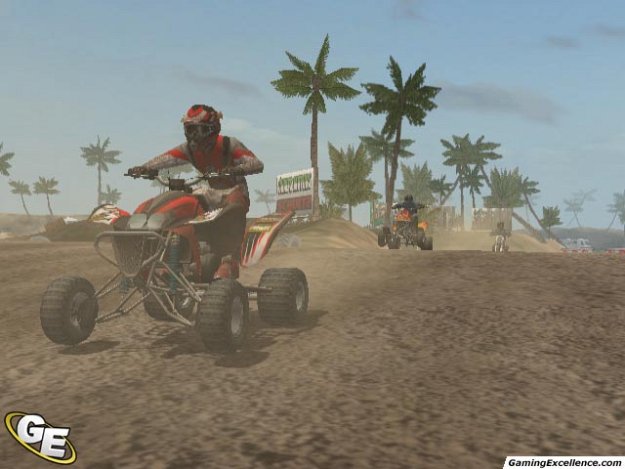 Millions of PS2's were shipped with an incredible title that has continued a multi-million selling series. The next installment to that series is here, and here with some new features that will no doubt make this one all the more intense.

Introducing MX Bikes, Buggies, and Trophy Trucks, all racing on 72 tracks based in 6 different continents, ATV Offroad Fury 4 is sure to be a dangerously couch ridden experience.
A full-fledged story mode is now in place, bringing the rider from rookie to professional, in which there is sure to be drama and intensity throughout, bringing the life of an off-road racer to the screen. The races will now all be tied together with full motion videos, and story driven cut-scenes never before seen in this series. ATV Offroad Fury 4 will also add cross communication capabilities with ATV Offroad Fury Pro for the PSP, allowing users with both to exchange vehicles and upgrades, online communities, and user created circuits.

Now featuring eight possible players in online play, the gaming experience will expand when you create a profile or a tournament, chat and text away, gain access to downloadable content, and exchange game data. An intense track editor is along for the ride, as well as an almost intrusively detailed vehicle tuning and customization, making ATV Offroad Fury 4 a proper sequel to its ever popular series. ATV Offroad Fury 4 is set to ship in late October, and from what we've seen both in past releases and this edition thus far, we expect good things from the next entry into this very popular franchise.