Will Fight For Food: Super Actual Sellout: Game of the Hour (PC) 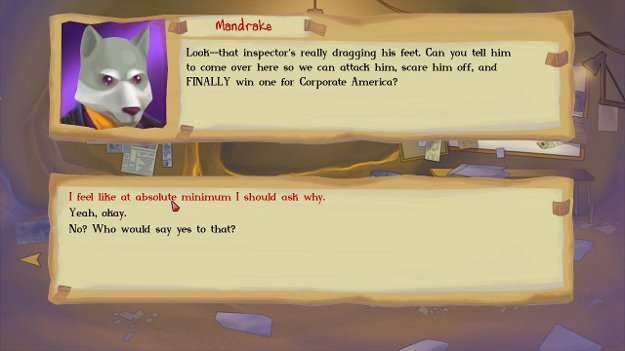 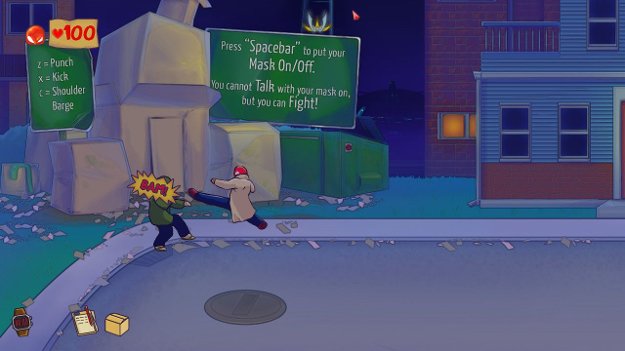 In Will Fight for Food: Super Actual Sellout: Game of the Hour, you play as a disgraced, fallen from grace wrestler who has absolutely nothing better to do with his time than pester his old wrestling buddies. And while I’d say that they’ve all moved on to bigger and better things, it would be much more accurate to say that they’ve moved on to ‘other’ things. And you, as their not so missed pseudo friend, have the option of helping them out. And by helping them out, I mean nosing your way into their business, because why not?

As your work your way through your hometown, you can help people out in a variety of ways. By doing small tasks for others around town you can help solve their problems and get in good with them. This helps you help your friends, which helps make up for all the horrible things you did in the past. You also eventually have to decide whether you want to finish resolving issues by talking them out or by fighting.

The combat system in the game is very simplistic and pretty easy to learn, however your character can be somewhat of a lightweight. When confronted with multiple enemies it’s a little difficult for him to stand his ground and get out of the fight in one piece.  It made a few of the mandatory fights rather obnoxious.  On the other hand, when going toe to toe with one enemy, I found it incredibly easy to beat them in incredibly cheese-tas-tic methods, which meant there was no real challenge.

Talking your way out of fights seems the easiest and smartest way to handle most conflicts in the game, though the talking mechanic is a little unusual. You’re presented with some information about the character you’re talking to; whether they’re arrogant, bubbly, trustworthy, etc. They you have to decide on your approach. You get to decide on whether to approach them in an aggressive or calm manner, whether you want to be dead-pan or earnest for example. How you approach them decides whether or not you build trust in the other person and whether or not the conversation is a success. 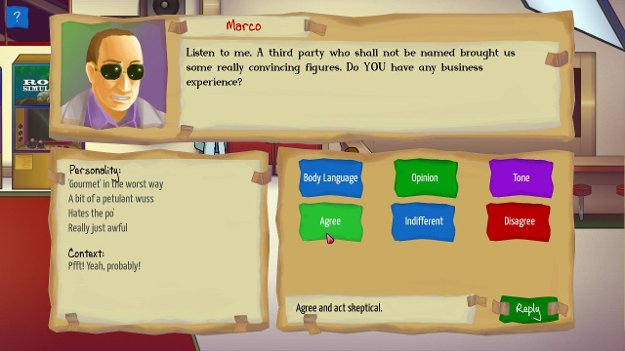 The system didn’t seem to be that difficult to master; I seemed to get by with only needing one success on normal difficulty. It's an odd and interesting little system that seems like it could have had some more potential. There seemed like there could have been some more consequences for failure where there weren't. Again, I only seemed to need one success to actually get by.  If there had a been a little more depth added into the system it could have taken advantage of what it'd set up. This is an interesting game with a lot of zippy commentary from the characters involved and some really quirky personalities. There were even a few mini games, including a fighting game where you get to play as either yourself or any of your former buddies and just beat up on each other. It’s nice for taking a break from the main game if you want a little bit of a rest.

Overall it was enjoyable, though far too short of a game. Because it's simple and short there's no real reason to turn it on and play it again once you've beaten it and played it once, but you can turn it on and enjoy it for some fun with a wacky character and his insane friends. And that allows for a bit of 2D beat em up side scrolling fun as well. Check it out, have some fun and enjoy all the zany commentary and crazy personalities that’ll get thrown your way. Because we just don’t have enough of that in our everyday life.