Warlock: Master of the Arcane (PC) 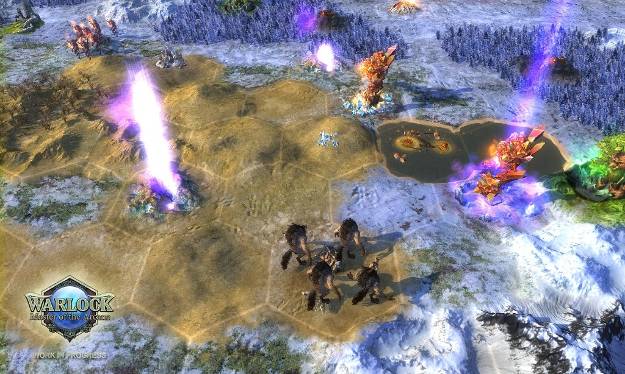 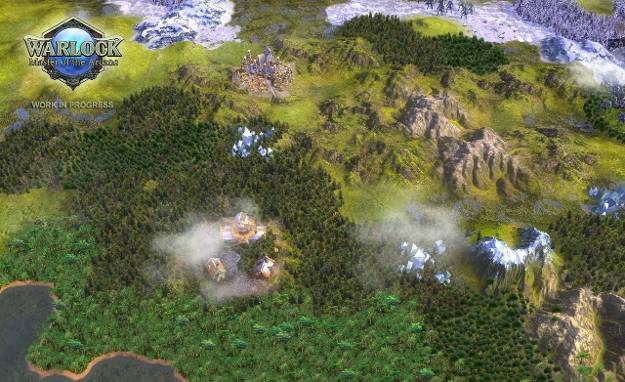 A great part of being a game reviewer is that you don't just play the games you want. Sometimes you take one just because it needs to get done and you discover a hidden gem that you really love. That's how I feel about Warlock: Master of the Arcane. I wouldn't have bought it on my own in a million years – the post-Lord of the Ring glut of sword and sorcery stuff is wearing on me, and I'm still playing Civilization V. But it's the similarity to Civ that made this instantly appealing to me: I knew generally how to play it, and just had to learn how the magical stuff works. After that, it was so fun that I couldn't stop playing around in the magical land of Ardania... and neighboring alternate dimensions.

The entirety of Warlock is silly. My favorite unit dialogue is that of the Goblin Archers: they actually say "Sproing!" as they fire their arrows. They're not the greatest unit, but I use them just because they're funny. The Stubborn Knights are a close second, because they're ornery and ride donkeys instead of horses. Some of the voices are annoying, but strategy game Stockholm syndrome kicks in quickly enough to make that ruin anything. In general, it had the random charm of the good old days of Warcraft: Orcs and Humans, when I giggled whenever a unit whined "Stop poking meeeee!" 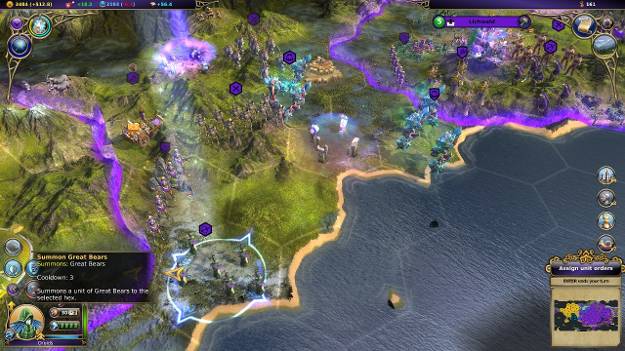 You play one of a set of utterly ridiculous Great Mages. No wizard trope is left unbutchered, which is good, because I always find trying to make strategy characters dramatic to be an exercise in futility. These characters are dumb and one note, which is as it should be. I kept playing as Mirabus the Hat, the Gandalf/Dumbledore type wizard because I liked the perks there. He's the one the public can access in the free demo.

The AI balance with diplomacy is a little wonky: on Normal difficulty, the other characters are terribly stingy with their trades, and unwilling to agree to non-aggression pacts. Any difficulty below that and some fling money and mana your way for next to nothing. I actually started to feel bad that I was exploiting computer characters.

The game is still in beta, so there are these bizarre little bugs that really don't interfere with the play experience too much – stuff like character animations going on too long, the HUD prompts referring to the wrong thing... it's all pretty self explanatory. I had three random crash to desktop incidences happen over 26 hours of play, which isn't terrible for a PC game in beta. Only one repeated when I reloaded the game.

There are a ton of different units to experiment with, depending on the types of cities and the combination of things you build in them. Unlike Civ, you don't need workers building roads and things like that. Apparently mages are too sexy for roads, and there are just automatic movement bonuses in friendly territory. Instead of barbarians, there are monsters, which can be a massive pain in the ass when greater fire elementals spawn right near your city at the beginning of the game. They're very very hard to kill early on. But play your cards right and you can end up with non-human units such as goblins, giant rats, and skeletons. You can even build entire undead cities that produce unique units. 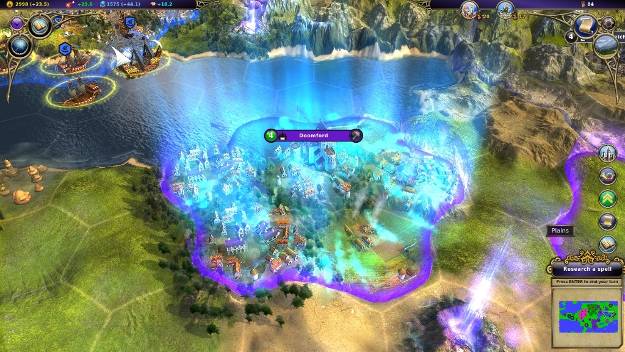 Land travel is pretty standard for a strategy game. Sea travel, however, is especially hazardous, as the waters are populated with leviathans, sea monsters, and krakens. The krakens are especially brutal to your ships. But some of the cooler things to play with are the various temples you can build. There is a pantheon of gods you can select from depending on how you've progressed, and their temples allow you to build specialized champions that are expensive, but awesomely powerful. Two of these suckers on a map are a game changer. If you've got the resources, you can even breed dragons!

Then you have your magic, which are basically cool tactical options that allow you to cast both offensive spells on your enemies or buffs on your units and cities.

The only thing I didn't like is that the victory conditions are completely unclear. I was trucking along in my first play through, finally feeling like I was making progress, and suddenly a screen popped up that said someone else had won... and I had no idea why. I enjoyed the experience so much, however, that I just started all over again.

While Warlock: Master of the Arcane has its hiccups in its current form, the core of the game is sound, and strategy fans with an additional interest in fantasy will enjoy the different twist on empire building. While some will complain that there's no technical innovation in the title, there's something to be said for simple artistic differences that bring a new twist to familiar game mechanics.