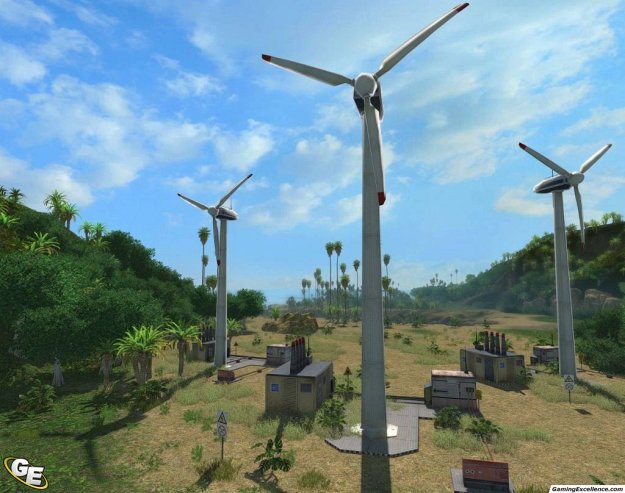 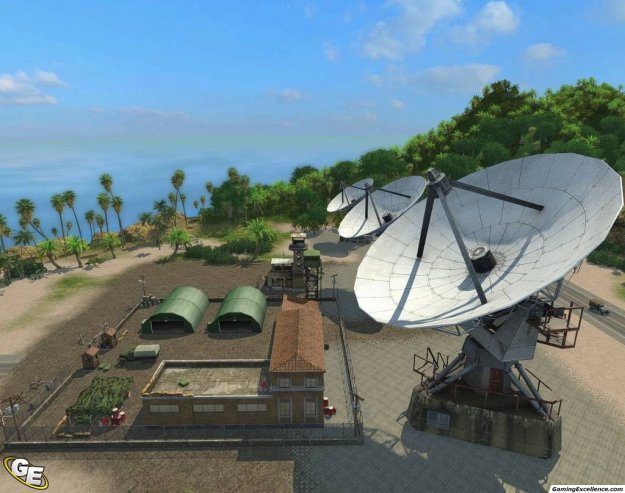 Absolute Power is such an improvement over the main game that overall, it improved on my rating from Tropico 3. And overall, my friends and family see me even less because I'm spending that much more time playing and enjoying the improvements on the main game. It's actually very sad and slightly disturbing. Yesterday when I looked outside, I couldn't understand why I didn't have a mass of loyalists shouting my praises and demanding that I build a statue of myself to celebrate my glory.

The game play is improved by several factors. First off, there is an advanced tutorial that helps explain a bit more of the game mechanics. While I still think the tutorial doesn't do a complete job, this is a definite step up from what came in the original game release. It goes a little more in depth about the industry on the island, giving some pointers on increasing profit. The menus have been tweaked just slightly to make it easier to see how the people on your island are doing. If you actually care about making them happy it makes it a tad bit easier to address all of their needs. Also, the buildings themselves now display more information. Farms tell you how long it will be until their next harvest, eliminating the questioning game while you struggle to keep the island afloat financially. And more edicts and buildings have also been added to improve the experience. For example, you can now issue an edict to print 50,000 pesos. While this seems like an awesome idea to abuse, you have to keep in mind that it drives prices up and inflates all your costs. It might not be ideal for constant use, but it becomes very useful at the end of a challenge when you just need a little extra dough to complete it.

There are more challenges to play which of course means new islands to explore and plunder. Some of the challenges were quite interesting to go through, including one involving aliens and the brand new satellite dish building that can be placed on the island. Cosmetically, the game also includes some new avatars for El Presidente as well. These don't have much of an effect on gameplay, but it's nice to have some new things to put on your dictator to reflect the yanqui shopping sprees that they go on occasionally.

One of the best new buildings is the Wind Turbine. A cheap, smaller alternative to the power plant, this new building can be placed and provide electricity to your island without needing to be staffed by expensive engineers. I put up several of these beauties and watched as I was able to add in buildings that required electricity with very little effort on my part. I feel in love with the wind. It made it so much easier for the first basic buildings that require electricity. Like the Ferris Wheel! Did I mention there's a Ferris Wheel? And eventually you can use the Turbines to put up one of those 'hospitals' too. If you really want to go that route.

The absolute best new feature of the game has got to be, hands down, the improvements to the almanac and the descriptions of the factions. Now, when your factions start getting angry with you, it's possible to check out their entry and actually see what the cry babies want. It's incredible! Now I don't have to wonder what could possibly make the Militarists less angry at me and I don't have to rely on my advisor trying to give me tips. I can go into my menu and see that they're angry because we don't have an armory up or because there's no police station on the island. Being able to see both major and minor demands of the factions makes it 100% easier to know how to appease them all. And having that knowledge means that the next time I want to put up a new building, I might put up an armory instead of a high school. After all, the Intellectuals won't stage a military coup and try to eject me from my palace. And the high school can wait. Who needs educated drones?

Easily the most annoying thing in the new expansion is the addition of the second DJ, Juanita, who operates on a rebel station somewhere in the wilderness of the island. And unfortunately, her comments tend to annoy and pester more than anything else. Whenever there's a change on the island, she can't help but open her big fat mouth and complain about it. She doesn't like the wind turbines, she doesn't like any industry going up, and she doesn't like some of the entertainment buildings going up. She doesn't like the elementary school going up because it's going to make little drones (and who care if it really does, that's not the point!). Remarkably, I've heard her complain about the Tropicans being too HAPPY. That's right, when I'd gotten their overall happiness up too high she started complaining about that. Sadly, the new edict that allows you to assassinate the DJ only lets you knock off the original one. She's apparently too hidden for you to get to her and shut her mouth up too.

Overall, however, the expansion to the game was very well done. It makes it easier to perform some very basic functions in the game such as dealing with your factions, and adds some new game mechanics in. And the new edicts and buildings help change the approach you take to your island and to achieving your personal goals: Building up your Swiss bank account, subduing the masses or actually growing your tropical island into a booming economy. Enjoy your foray into dictatorship; I will be hopping a plane to my own private island just as soon as I'm finished with this. I need to oversee the building of my own personal statue. And maybe even a Ferris Wheel or two.