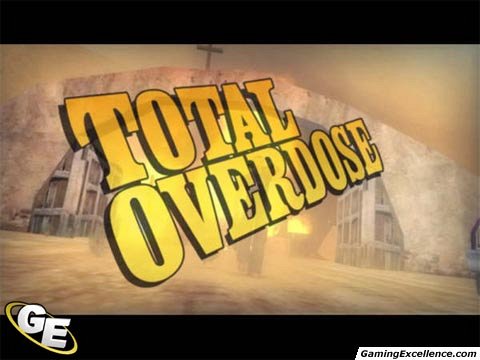 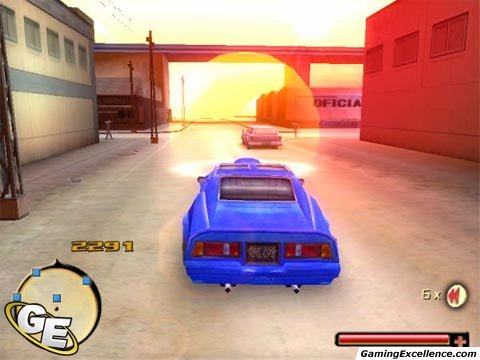 When Denmark based Deadline Games and video game publisher Eidos Interactive come together what do you get? Total Overdose: a Gunslinger's Tale in Mexico. Don't let the redundancy of the name fool you, this is a shooter that has the potential to compete with games like Hitman (also published by Eidos) and Grand Theft Auto: Vice City. But even though it is as highly addictive as these games, it lakes the "pazazz" and "umff" of a truly innovative game.

The story line for this game is about as complex as your run of the mill Van Damme or Stallone flick from the late 80's. The game begins with Papa Cruz, a DEA agent being murdered by corrupt cops. You, Ramiro Cruz, are going to prison for a life sentence when your brother Tommy, also a DEA agent, gets you out so you can take his place undercover (like that could happen). Your role in the game is to work your way up the drug cartel food chain by inflicting your own brand of justice. Sounds pretty Steven Seagal, Hard To Kill esk, doesn't it? But the game really takes off once you learn the character's abilities. A fantastic idea for the game was to create an adrenaline gauge, which allows you to do the "kill moves". These are the most essential to your survival in the game. You can do things like jump through the air in slow motion and blow some guy away or make a head shot while doing a cartwheel off a wall. The adrenaline gauge gives you the ability to make these moves in slow motion, giving you the edge over the game. You can also acquire "loco moves" such as the golden gun (taken from N64's Goldeneye), or tornado, which allows you to shoot all enemies in a 360 degree spin. There is another loco move called "El Mariachi" which gives you the guitar case guns used in the famous Robert Rodriguez flick of the same name.

There are several quirky features in this game that add to what I shall call the "cheese factor". One is the fact that there are Spanish words like pendejo, hombre, gringo, and amigo in the manual and in game conversations that seem like they were just added randomly. It was probably added by somebody who doesn't understand it because the manual accidentally calls the reader an "a…hole" in Spanish (or maybe it was on purpose. Who knows?). In the attempt to give the game a certain style, the writers and designers over do the Hispanic stereotype which changes that overall style from funny to cheesy.

Most of the voice actors for the game are seasoned professionals and it shows. Characters like Papa Muerte, Angel and Cesar Moralez all give off a certain depth in the personality. Yet in my opinion the actor who voices Ramiro Cruz, the main character, is lacking. Ramiro is supposed to sound like a hardened criminal facing a life stretch in the pen. Instead his antagonistic tone and lack of respect for authority sounds more like that eleventh grader in your high school who tried to act cool and failed miserably. The music in this game is a plus point. I find myself getting pumped every time I listen to the menu song. I also like the mariachi music during the comedy scenes and suspenseful music during the levels. This is basically what it should be for a game like this.

The graphics of this game are pretty solid in that they definitely compete with those of Vice City. The line of sight extends to the farthest point a player needs to see in order to play the game effectively, and it does not compromise how the game looks. But like many games out there, the smooth surfaces and perfect right angles of Total Overdose lack the grainy appearance of some of the newer games on the market. This makes the difference between a realistic looking game and a cartoon looking game. The characters are well designed in that some can look perfectly like random henchmen/drug dealers while others are comedic in nature. However when you see the same four and a half foot tall drug dealer over and over again you may find yourself in the habit of trying to kill him first as if he just came back from the dead. This repetition in design occurs in automobiles as well. You begin to wonder how many rusty, dented pickup trucks and souped up Firebirds there could possibly be in one city.

I'm going to be perfectly honest about Total Overdose. My beefs are not just with this game alone but with many video games on the market. Almost all the things I don't like about this game are things I don't like about a lot of games. It's actually a pretty fun and addictive game to play. Chances are if you liked playing games like Grand Theft Auto Vice City or San Andreas, then you'll enjoy this game. But as a gamer I find my expectations for a game are going up. I don't just want to play another shooter that can compete with the pack. I want to play a shooter that goes above and beyond that pack by making innovations and improvements to the norm. In my opinion this game meets the current standards in some ways and exceeds them in others, but in many ways it's just an average shooter.