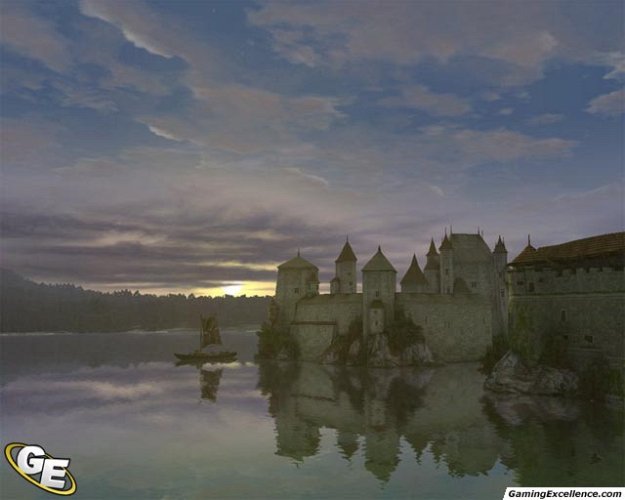 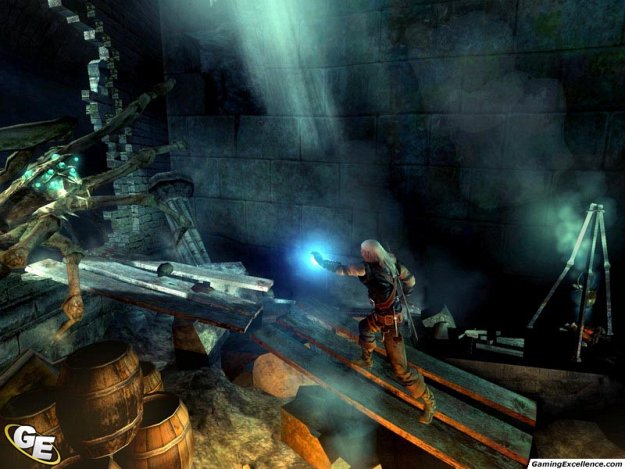 My first real introduction to the PC gaming world did not occur until a friend recommended that I check out a game called Diablo by a few guys at Blizzard Entertainment. At that time, all of my gaming took place on consoles, and the only PC gaming I had done was playing either Wolfenstein 3D or Doom. I was by no means hooked on computer games, and I didn't even know what type of game Diablo actually was. After installing the game, I was immediately hooked and my passion for all things Blizzard began. What happened? The immediate rewards and quick action created an unparalleled level of excitement, and the dark storyline drew me in further. Unfortunately, I have not seen any game come close to reproducing this experience in ten years; until now that is.

When I first heard that I would be checking out a game called The Witcher by CD Projekt, I wasn't all that excited. Sure, it was a role-playing game, but that market has been saturated for years and few new games in it excite me these days. Which is why I was completely shocked and happily surprised when I left CD Projekt's booth after another long day at the convention center. Not only did this game have a deep and dark storyline, great action-RPG gameplay and impressive graphics, but it also seemed like it would exceed my expectations for any PC game being released this year.

Although CD Projekt may not be well known in North America, they are a prominent Polish publisher of games such as Baldur's Gate, Diablo, Neverwinter Nights and many others. The Witcher marks their first development effort and has been in the works since September 2003. It is based on the dark fantasy world of Polish author Andrejz Sapkowski in which the hero, Geralt, has been trained since childhood to become a witcher (slayer of monsters). This training involved both physical aspects, as well as magical experiments which have molded Geralt into a killing machine lacking emotions and capable of wielding either swords or spells to destroy his enemies. The story revolves around Geralt and his quest to regain his memory.

The Witcher's long list of features include combo sequences for fights, 250 special abilities and a non-linear plot which forces the player to make moral decisions throughout his or her quest in the game. These decisions blur the distinction between good and evil, and have an effect on how NPCs react to Geralt, as well as to how his mission progresses and eventually ends. CD Projekt has stated that through the series of choices, no two gameplay experiences will be the same and that there are three different endings to the story based on a player's course of action. The main game will take the average gamer about 30 hours to complete, with optional side quests adding around 50 hours.

The graphics in the game are simply stunning. Through the use of a highly modified BioWare Aurora Engine, The Witcher features a rich 3D environment that attempts to immerse players in Sapkowski's world. The animations for Geralt have been motion captured, and, in what is highly unique in the RPG genre, NPCs go about their daily lives as the days pass by. This means that as the sun rises and sets they will not always be in the same place, standing around and waiting to sell items to players or to talk to them. Although I do not know how well this will work in practice, these all add to the incredible sense of realism offered in this game.

Since the developers are attempting to target both the casual and hardcore gamer alike, players can interact completely through the use of the mouse in the game. A simple, yet highly effective menu system appears in the area immediately around the main character, allowing for quick choices in the heat of battle. Some gamers may prefer to use the standard WASD keys for movement, as well as keyboard hotkeys for making selections, which is also an option.

After seeing this game for a relatively short period of time, I still have to say that I am extremely excited about the hard work CD Projekt has done. The realistic storyline and graphics are incredible, and the quick action expected from an action RPG is still there. This seems to be the perfect balance between the two. However, I do not know how I feel about making selections from pre-defined choices in a game of this type, but I am confident that it will be implemented in a good manner. The Witcher is definitely one game I'll be checking into again later this year.