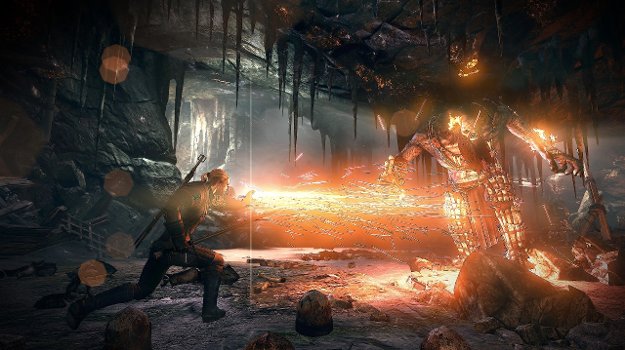 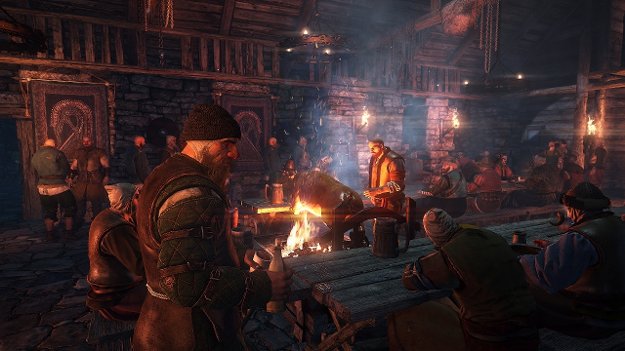 Strawberry danish in hand, I walked into a closed room to watch a gameplay demo to one of my favourite RPGs of 2011. The Witcher 2 was a finely-crafted role-playing title, with action combat that was unlike anything out at the time and a difficulty curve that showed you what it was really like to be a mutated man who hunted monsters (if you survived that long, anyway). The Witcher 3 promised to be that, and more, and I was looking forward to what the game could offer.

The demo started with a CG scene of Geralt saving a woman about to be hanged from three men. The battle is over in less than a few seconds. Then, a scene showing  a town being ravaged by mysterious, silent, armored men is shown. The world since the second Witcher game is one of turmoil - the Nilfgaard Empire attacked the Northern Kingdom, inciting war, and wraths of the Wild Hunt have been devastating the land - it's with this plot hook that the demo began, showing Geralt making his way to his friend's keep, who tells him that there was a single survivor of such a raid, and that the witcher should speak to him. 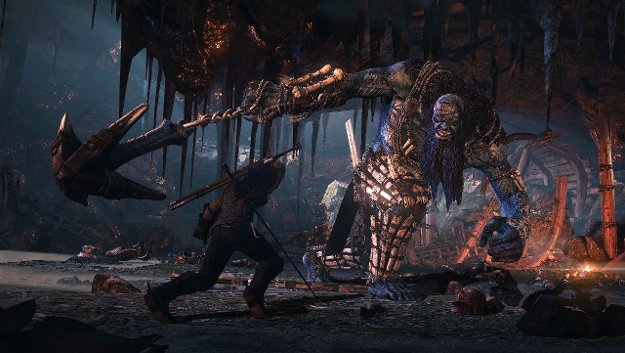 From what I've seen, the engine certainly looks improved (except for the graphical glitches, a result of this being an alpha still)- if anything, it's obvious from the impressive scale of the land that is unfolded before you. The world is huge this time around; in fact, it's about 35 times the size of the entire world of the Witcher 2. The island you start the game on is actually larger than the entire map size of the prequel, and there are six more islands where that one came from. There are new ways to travel, too, like boating, swimming, and climbing. The boat in particular looked quite nice, and we were told that you'd have to be careful with it, because stormy weather will absolutely wreck you. Literally. Fast-travel makes an appearance here, which is pretty much necessary considering the size of the world.

The biggest worry about an open world is that there's not enough content in it. The developers say that this shouldn't be an issue, however, with a huge number of sidequests and random events. We saw some in action, watching Geralt protect a home from a trio of bandits and taking out a large monster that fled after being weakened.

Combat is different - it looks a lot more fluid than the previous games, much faster too. Magic has been slightly tailored, allowing such things as using Igni, a flame-based attack, constantly as you approach an enemy, like a flamethrower spewing forth from Geralt's palm.

There's a new sort of hunting quests present for you to find; earlier, quests that involved hunting were fairly straightforward, and just had Geralt find an monster and cut it down. Things are more elaborate this time around, and Geralt must now use the new 'Witcher senses' to track the monster's effects on its environment, like claw strikes on boulders, tracks, and other more unique 'tells' before finally finding the monster and taking it out.

We got to see a Leshen get taken down. This forest monster, tall and ominous, was killing people and draining the life of the land itself. After tracking it's claws and tracks, Geralt discovered a number of facts, like how there was someone in town that would need to be killed to stop the beast from regenerating, and how he'd have to destroy a series of totems to weaken it as well. After performing these tasks - taking down the totems felt a lot easier than telling someone that an innocent woman in the village needed to die - it was then when the beast could finally be taken out. And this was just one mission.

I'm looking forward to The Witcher 3, that much is certain.  The open world promises to provide up to a hundred hours of gameplay, and change how the game feels, too. The myriad of quests, including the hunts, promise to give you a whole lot of stuff to do as you explore the massive world given to you, and the new, more fluid combat looks fun to carve down enemies with. Those that look forward to this are going to have wait for 2014 when the game comes out for the PC, Xbox One, and PlayStation 4.