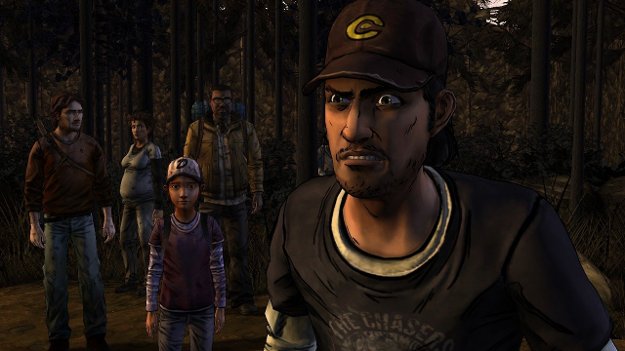 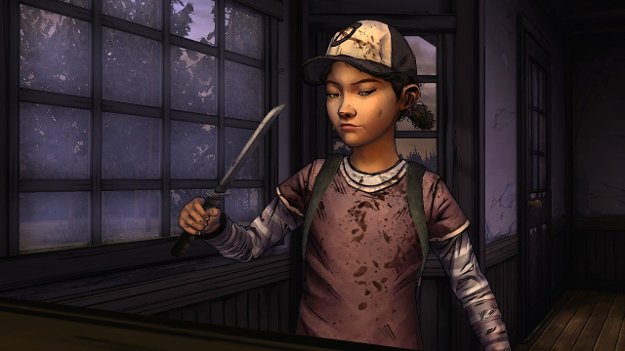 It's hard to even know where to begin in a review such as this, where a game series seems to go so wrong and so quickly.  It's hard enough to review games that are presented in installments.  You know going in that you're only getting bits and pieces of the story and that the entire cohesive pictures is just outside of your grasp.  But each piece has to be taken as it's presented and this particular piece is full of messy moldy holes.

A House Divided is the second installment in Season Two of Telltale's The Walking Dead series.  In it, we immediately start seeing some of the problems with having a child protagonist in a hard hitting, bleak zombie apocalypse setting, especially when she has capable adults around her that are interacting with her on a routine basis.  She gets asked to perform tasks that the adults around her should be or could be doing and I'm forced to wonder why.  There are ways to get around this, of course, by giving her tasks that are more appropriate to her age but we don't see a lot of that in this installment.  The other way around that is to either put her on her own more often or to just not have her be the only main character.  None of that was done, however, leaving us with some slightly awkward situations in which Clementine ends up doing things she really shouldn't have to because the adults around her are just lazy.  In at least one situation, she almost gets killed because she gets to run reconnaissance when there are at least two other adults who could have put themselves at risk first. 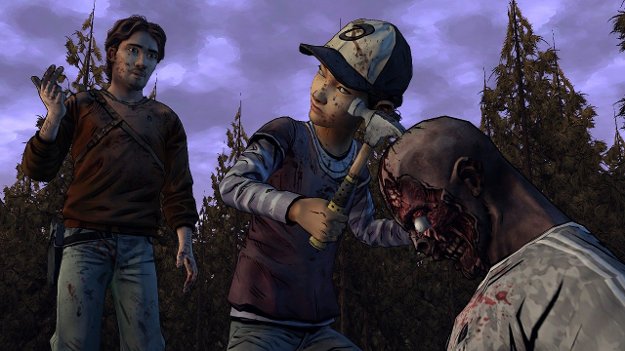 Complimenting the fact that Clementine is being put into poorly conceived situations is the lack of a well thought out story in general.  Partway through the installment, a character is brought back from the first season.  The character that's brought back is a character who by all rights should be dead.  There should have been no way that the character had any way of making it out of the situation they'd found their way into.  It's also a character who, frankly, kinda sucked. They were horrible, generally unlikable and not really the character who I'd personally like to see come back.  Beyond even myself, they were generally reviled by most of the fans of the series and made the first Season unbearable for many.  It may be that's the exact reason the character was chosen to come back, but it still doesn't make sense that they managed to make their way out of the situation they were in.

And the bits and pieces of story that we were given in this installment were boring and dull.  I found myself not the most interested in what was going on and not the most intrigued.  When the story took leaps forward, it was in ways that annoyed or angered me towards characters as opposed to making me feel any sort of connection with any of them.  It's a poor way of making players care about what's happening in the story when they can't care about any of the characters who are involved.  Also, one of the characters from 400 days makes an entrance in this installment.  And when she does, she makes a comment that immediately put me on edge.  It put me on edge because she volunteers information that seemed at odds with how her character was presented in 400 days.  It make me immediately suspicious of her and made me think that something fishy was about to go down.  So when something fishy went down, I wasn't surprised and it killed the whole experience for me. 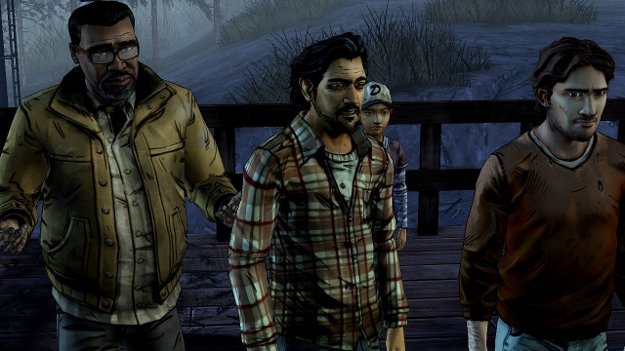 In addition, there was next to no interaction between the player and the game.  There were barely any actual adventure elements to this installment. No real puzzles to solve, no real problems that needed to be figured out.  The true breadth of interactions that needed to be done were me choosing what dialogue options seemed to fit the situation best.  This seems to run counter to the entire adventure genre.  Where's the fun of an adventure game where you're not really playing? It was more of an interactive story than anything else. There's nothing wrong with interactive stories, but The Walking Dead has actually billed itself as having more interactions player involvement.  And there were two obligatory action sequences in the game in order to shake things up and both were contrived.  And why were they contrived? Because both of them were dependent upon Clementine being the only one who could solve situations that the adults should have been able to handle without her.  Had she not been present at either situation and safely out of the way, as she should have been, she wouldn't have been present during either action sequence.

A House Divided controls well and there are thankfully none of the same strange graphical glitches that were present in the first installment.  The voice acting is pretty good as well and the flow of the game actually seems to work fairly well.  But the game as a whole is actually pretty poor.  I was bored playing it.  During at least one of the conversations I found myself dozing off and had to start paying attention very quickly when I was presented with a dialogue option.  I actually had to struggle to try to remember what the other character had just said to me in the last two minutes of dialogue in order to respond properly.  And generally speaking, I don't forget what's been said to me two minutes after it's been said.  I wasn't amused at the contrivances to get Clementine more involved in the action and I wasn't amused at the storytelling shenanigans that brought back a reviled and generally worthless character from the first season without even attempting to give us some sort of explanation as to how they Houdined their way out of certain death.  This was a disappointing installment and I can only hope that the next one brings back more of the actual adventure element with some more intuitive storytelling.