The Walking Dead Episode 4: Around Every Corner (PC) 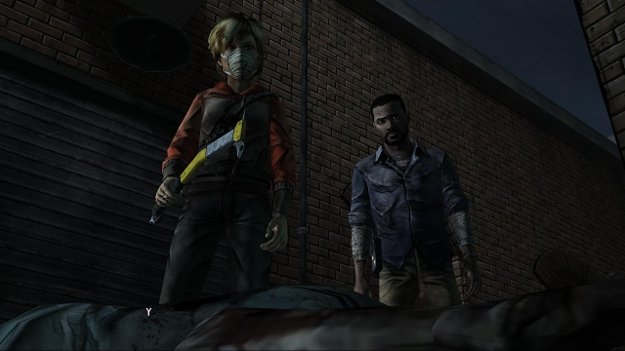 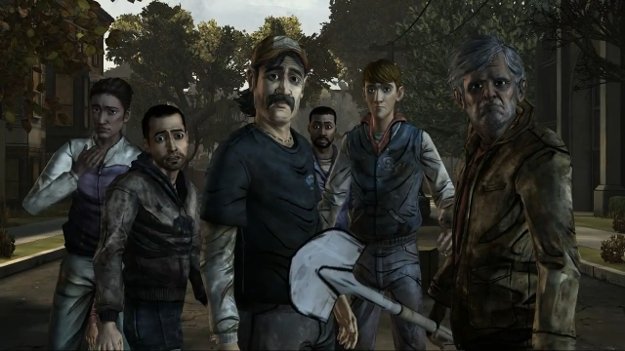 One of my biggest problems with the previous episode was that of the pace. It started off with a whole batch of stupid in the beginning and then moved along at an almost glacial speed, taking forever to really get anywhere after that point. Around Every Corner solves that problem by evening the pace out to a much greater degree, providing the player with plenty of quiet moments for tension building and then throwing exhilarating action sequences or depressingly sad drama scenes.

Around Every Corner sees the Lee, Clemintine and crew making their way into Savannah by way of their borrowed locomotive. Upon arrival they manage to take up lodging in a mostly abandoned home and from there begin to look into finding a boat to get out to sea as well as possibly Clementine’s parents.

At this point it’s getting kind of hard to talk about the events of the episodes without getting into massive spoilers but there are two stand-out parts to this chapter. First we have Molly, a parkour gal with a climbing pick who not only beats the crud out of Lee due to a misunderstanding but also handles zombies like a champion. Molly is the sort of character that will annoy some people because of how utterly awesome she is, cries of Mary Sue or the like will follow, but she’s actually a pretty charming character with a tragic background and some badass skills.

The second part of this episode that really blew me away was the infiltration segment. Lee and crew sneak into a heavily fortified survivor encampment and events go from there, resolving with them trying to get away from a huge group of walkers. This segment features what is possibly the best action sequence in the game so far, being both quite nerve-wracking and yet having a number of really cool moments to it.

What really hamper this chapter the other new characters and the conclusion. Out of all the new characters Molly is probably the only one who walks away without sticking in your craw. One would hope that these characters would feel a bit more… likeable but they really aren’t. Even the one or two that are helpful still leave a bad taste after they’re gone and not necessarily because of their actions. The way that they act and talk from the very moment you discover them is enough to make them less likeable than Kenny. 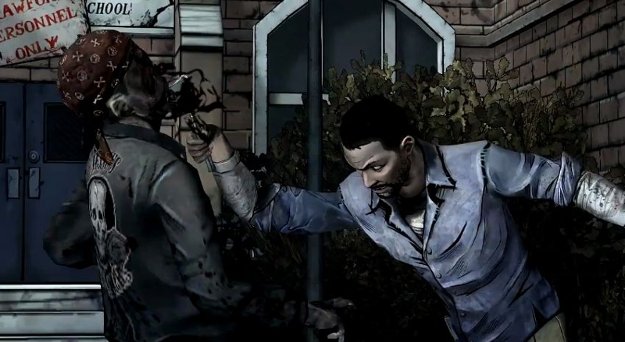 Last but most certainly not least, the conclusion just ends up sticking in your craw. It’s not that its bad per se, more that it is poorly done. One who is paying any sort of attention can easily see it coming from a mile away and the way that it happens is one of the most hackneyed conclusions to an episodic game I’ve possibly ever seen. This could have been done in a more convincing matter but it really just feels like they threw their hands up and yelled “Good enough.” and called it a day which is just depressing.