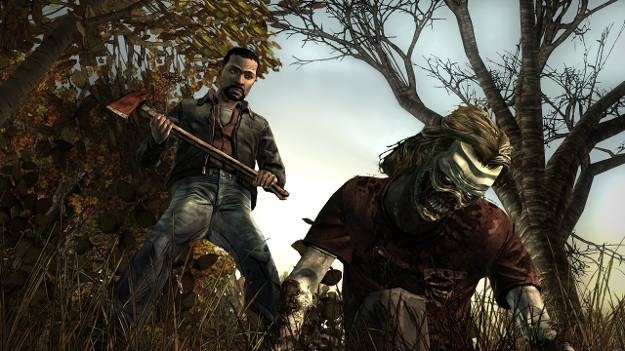 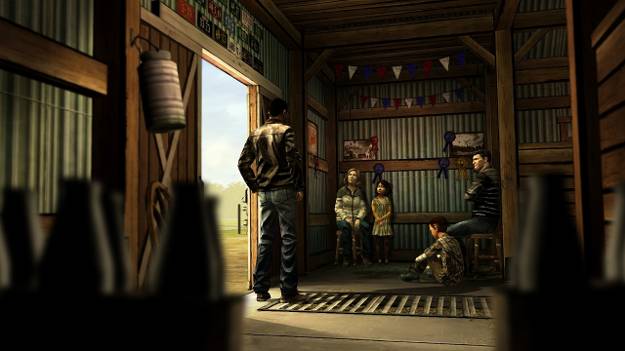 As soon as a tagline like 'difficult moral choices' sneaks into conversation, you know you're in trouble. In gaming, they are usually anything but. With little complexity or consequence to their name, there are few titles which can genuinely bring you up short. It's usually more black and white than a chessboard; you'll click an option, shrug and move on. This is why The Walking Dead: Episode 2 hits you so hard in the gut.

Set three months after the last outing (you can catch our review here), Starved For Help sees food and morale running perilously low for our rag-tag group of survivors. That's the least of their worries, however; they soon discover that the desperate living are far more dangerous than any of the dead. With an unapologetically despondent portrayal of a world falling apart, developer Telltale knocks it out of the park with some real moral haymakers that take the wind from your sails in a big way. You'll feel like you've gone through an emotional wringer by the end of this two-or-so hour adventure, and Episode 2's ability to rain on your parade is the perfect example of why this is a series to watch.

Without any shadow of a doubt, Episode 2 is a sadistic little monster. Further building upon the relationships you'll have forged with the game's well-rounded cast of characters, it then proceeds to sabotage them in as traumatic a fashion as possible. That's why your decisions carry such weight; when a dilemma forcing you to pick sides rears its ugly head, your resolve will be sorely tested as you realise just how much you care about these people and what they think of you. From deceptively knotty choices concerning loyalty or a hideous obstacle facing you later down the line, the massive strain this places on those bonds makes for some truly fascinating conundrums.

There's rarely a 'correct' answer here, and that's commendable. It's likely you'll come out of the experience agonising over whether you did the right thing. With plenty of uncomfortable moments to pick at your conscience, it's the kind of game which stays with you long after you're done. I'm reluctant to go into too much detail in case I spoil anything, but I'll gladly doff my cap to the writing team - they've done themselves proud.

More than anything else, The Walking Dead is quickly proving that it occupies a grey area rarely touched upon by a monochrome industry. It's a harsh world that revels in testing your ethical scruples, and as such it's not just fans of the TV series or graphic novels who will find themselves well catered for here.

It's also surprisingly tense for such a chatty game. Despite a steady build-up after one mother of a gruesome opening (the squeamish may want to avert their eyes), Starved For Help gets your heart pumping with flashpoints you're simply not ready for, decisions on a timer and tense action sequences that are reminiscent of PS3 exclusive Heavy Rain. If a walker has you in its clutches you'll have to align your cursor over specific body-parts to beat your way free, for instance, and it's a system that still holds up well regardless of its simplistic nature. 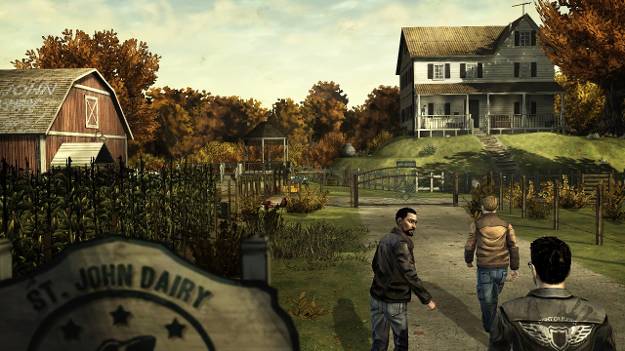 Let's not get ahead of ourselves, though. Episode 1 was by no means an action game, and its follow-up isn't any different. A descendant of the venerable point and click, Starved For Help primarily concerns itself with story. If you want combat, you've come to the wrong place; this apocalyptic nightmare has more interest in emotionally hefty dialogue than anything else. All the same, it must be said that the eventual fireworks are worth the laid-back pace. Even if it's somewhat predictable, this tale still manages to roll sixes.

That success is largely due to the introduction of long-term consequence, a feature Telltale have been promising from the start. It'd be understandable if you took this vow with a pinch of salt, but the developer has come good; the lives you've saved and the hard calls you've made are all likely to come back to bite you this time around. I found that it wasn't the biggest decisions which had the largest impact, nevertheless. Smaller, more natural conversations that reward or punish you for what you've previously said and done give Episode 2 a tangible sense of individuality. It hammers home the fact that this is your world.

Indeed, with such fallout stacking higher with each passing episode it's becoming an increasingly personal experience. The same could be said of the game's extensive dialogue options, which allow you to further shape protagonist Lee; he can be whoever you want, and the only thing about this zombie cocktail that's more immersive would be the welcome return of Episode 1's stellar voice-acting.

One thing I wasn't so pleased to see again was the prior episode's clunky sense of movement. Piloting Lee through Starved For Help in moments of down-time can feel a touch awkward. Almost as awkward as stiff animations and slightly dodgy lip syncing, come to think of it. Whilst the series' cell-shaded visuals continue to tick all the right boxes, it's a title that always seems rough around the edges. The one saving grace under the hood would be how Episode 1's 'puzzles' (namely fetch-quests with a vague lack of direction that left many of us scratching our collective heads) are largely absent this time around. 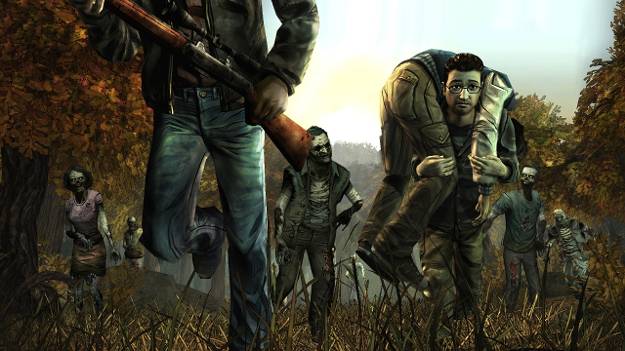 Although not pressing enough to overshadow Episode 2's many pros, these wrinkles threaten to pull you out of the moment when Starved For Help hits a bump in the technical road. Which it will. When you're knee-deep in a tale as engrossing as this, that becomes a bit of a problem.

This is what takes Episode 2 down a notch from the score I'd liked to have given it. Not that I would recommend it any less; with a great plot and suitably dark tone which suits the franchise down to the ground, it's a highly memorable game that will have you hungry for more. It might have flaws, but the positives are enough to ensure it goes the distance - and then some. If you're not on The Walking Dead wagon yet, Episode 2 provides plenty of incentive to reconsider.