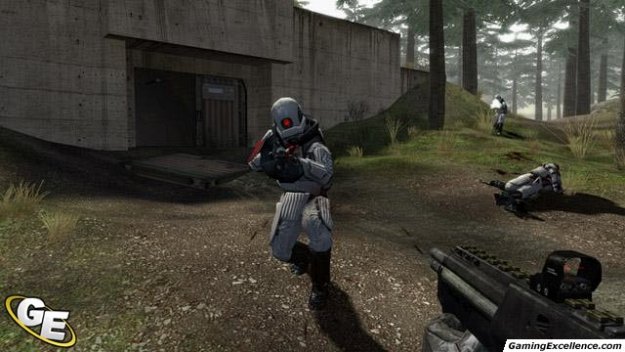 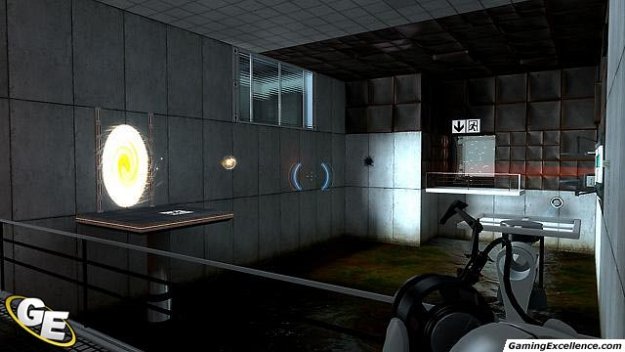 Orange Box is a great package, filled with excellent games that are instant classics.

Oh wait, I was supposed to lead up to that statement. Damn. Okay, let me start again.

What we have here are five games, three new titles and two that have already been released. The latter two are Half-Life 2 and its first instalment in episodic content, Episode 1. Half-Life 2 was an exceptional title when it was released, and it still is. It is a must-play title for those that haven't already played it and it's filled with an epic storyline that follows the fate of Freeman after the Black Mesa incident, tight controls, and great level design. Its follow-up, Episode 1, is toned back on the storyline, but still delivers a solid experience leading to the climactic explosion of the Citadel, reducing City 17 to rubble and leaving the fate of Alyx Vance and super-scientist Freeman unknown.

Half Life 2: Episode 2
Episode 2 starts immediately after this, in the wreckage of a train. There's a lot more plot this time around, though as questions get answered, even more are revealed. The pacing this time around is a little on the slower side, allowing time for conversations and exposition, including some revelations about the mysterious G-Man and his role in the incident at Black Mesa. The AI for Alyx has also been improved a little this time, and she fights better alongside you, as do your other allies that fight with you.

There are inclusions of new enemies as well, the Worker Antlion and the Hunter, the latter a little more memorable due to the way that it gets introduced. Other than these additions, however, it's unlikely that players are going to find anything very new in this game beyond locations and plot. This isn't quite as bad as it sounds, however, as the action is just as intense, whether you're defending a small room against swarms of Antlions (with a couple of NPCs that add some humorous dialogue to the mix) or repelling a Combine attack, holed up in a mansion. One of the final action sequences in the game, in particular, is quite different from anything that has occurred before in the Half-Life series, a large-scale defense that'll keep you driving back and forth across an expansive map in response to the threats that appear.

The Source engine has also been improved, though subtly. There is the presence of cinematic physics that allow larger-scale events to occur, like an entire train crashing through a bridge to the ground below. Other aspects, graphical effects in particular, have been added, though as was mentioned before, these are subtle, and might not be noticed except for those with keen eyes.

Overall, Episode 2 adds just enough to stay interesting, introducing new plot, new enemies, new environments, all while keeping the same spot-on design and gameplay. Though more plot-oriented and slightly slower-paced that its predecessor, there's nothing boring about it, and it will make players look forward to the forthcoming Episode 3.

Portal
There is, by and far, nothing quite like Portal out on the market. This game innovates in so many ways it'll make a designer's head spin, and that's without getting into the technical details of what the game achieves.

What we have here is a puzzle game that requires you to think much, much more differently that any others. Essentially, your character, a woman, wakes up in a small detention chamber. A digitized female's voice says that it "hopes your detention in the relaxation chamber has been a pleasant one," and you're immediately introduced to the namesake of the game, stepping through an orange hole in the wall. The important part to notice is that, through this hole, you can see yourself stepping through this orange hole in the wall.

Hello [Insert Name Here]. Welcome to the Enrichment Center. Soon there will be cake.

Throughout the game, you're given the technology to fire what are essentially holes in the fabric of reality, and step through them. But that's not all. "Speedy thing goes in, speedy thing comes out," as the voice points out, which means that any momentum you have while entering the portal is kept when you exit. This simple property allows some fantastical moves to be pulled off, like falling into a hole in the floor and using that gravity to propel yourself out of a hole in the wall, launching you across the room. This makes for some very, very interesting puzzles.

A lot of the puzzles in the game are very easy to solve, but this changes quickly, after about fourteen or fifteen of these compartmentalized challenges. Until then, however, you have the humorous AI to keep you company as you make your way through the game. The dialogue (if it can be called that, you never actually reply to the omnipresent voice), is excellent, and the AI is a very well written, developed character that made me laugh out loud on more then one occasion.

The plot is sparse, to say the least, and it looks like the entire game is just series of puzzles to solve. But then you'll find things that appear…wrong. And the situation is suddenly a lot more than it appears to be. That's when things change, and when it becomes more than just a simple puzzle-after-puzzle game. But then it all finishes up with what is easily the best ending credits song for any game I've ever played.

The length of Portal is a little short, and it's easy to play through the entire game in one sitting. However, the presence of advanced puzzles, which are harder versions of earlier puzzles in the game, lengthen the title. There are also challenge maps that ask you to solve puzzles using only a fewest number of portals, the fewest number of footsteps, or in the quickest amount of time, challenges that are quite difficult. These will take even a skilled portal-user a bit of time to accomplish.

Team Fortress 2
If Half-Life 2: Episode 2 is for gamers who want intense action and Portal is for the puzzle lover, then Team Fortress 2 is definitely for someone who wants a strong multiplayer experience, and rounds out the Orange Box experience quite well.

Team Fortress 2 places emphasis on the 'Team' in the title, and solo players will quickly find themselves getting nowhere, and quite quickly. There are a variety of classes to pick from, ranging from the quick and nimble Scout, to the uber-support class Medic, to the slow, but powerful Heavy and his minigun. Each class has its benefits and disadvantages, and enough variety to suit every player. If they want to stay back and focus on defense, then an engineer and his sentry gun is perfect for him. If running into the fray is more their style, then the Heavy or Demoman is great for the fight. Medics are perfect for support, able to charge and invoke uber-charge's invincibility. Snipers can hang back to take out attackers with a well-placed headshot, and the list continues. Without question, a successful team is one that can balance the abilities of them all.

There aren't a lot of maps in Team Fortress 2, but each of them has been developed to have multiple paths, nooks and crannies, and a variety of ways to reach your objective. There are a few modes of gameplay such as the simple capture-the-flag mode that has you capture the enemy team's intelligence and return it to your base. The other modes revolve around capturing specific points around the map or defending them against the other team.

The graphics in Team Fortress 2 are one of the factors that make it really stand out. Filled with solid colors and shading, the design of characters and levels is heavily stylized, adding an appearance to the game that is unique in its genre. The classes are easy to tell apart, even from a distance, allowing you to reformulate your strategy immediately, without wondering what you're running into, and the colourful level design means running through them again and again doesn't become an exercise in boredom and the color brown.

The PC version of Team Fortress 2 runs quite well on the internet, and with a fast enough server, there's rarely any lag to slow down the game. This is usually the case even with a match of 32 players, 16 to a team. It makes for a frantic experience, where every turn might have you running into an opponent, and where watching your back is important if you don't want a Spy to stab you square in the middle of it.

The Orange Box
All five games show excellent quality in many ways, and it's clear the Orange Box offers a variety of gameplay experiences for any fan of FPS gameplay. Additionally, through each of the newer titles there is developer commentary to listen to, if you're interested in that kind of thing. And if you merely want to show off your abilities, the achievements in each of the games give you goals to attain, some easy, some that take time to do. They might involve something simple like beating a level in Episode 2, or something harder like racking up a thousand kills in Team Fortress 2. Following them as a goal, though not required, is a great way to add replay value to the titles, which is good considering the length of some of them.

It's hard to not recommend these five titles for the price of the Orange Box. Each of them have the chance to, and likely have already become, classics. Now, what did I say before…ah right: Orange Box is a great package, filled with excellent games that are instant classics, and is a must-play for any gamer that enjoys a solid story, polished gameplay, and a great deal.