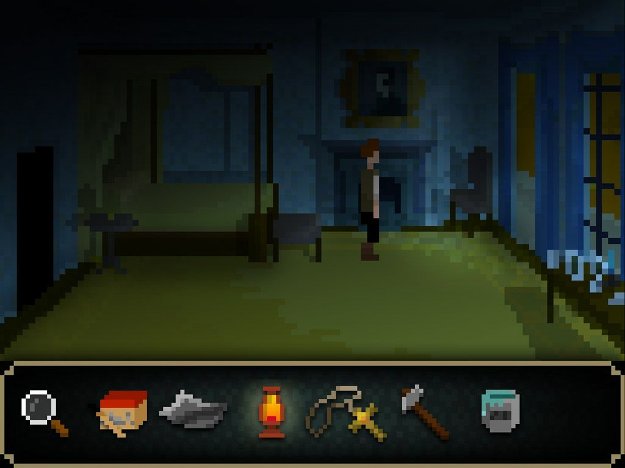 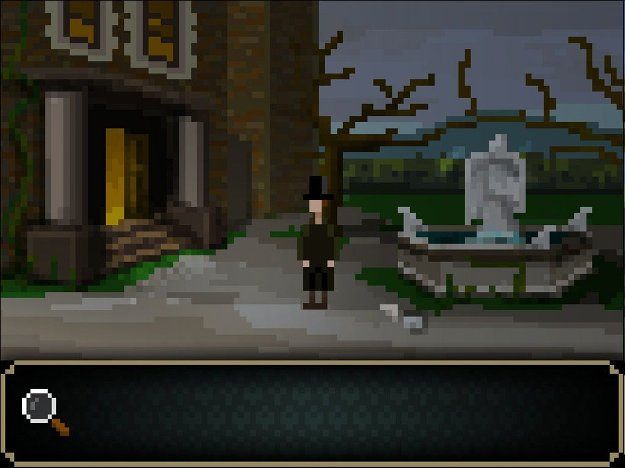 Lovecraftian, oddly enough, is a genre named after the singular man who created it. In it, we're revealed a world beyond our own knowledge, one of unknowable scale and alienness, where we are insignificant to the whims of powers greater than our comprehension. It can be terrifying to experience, but it's also not easy to create a game out of it.

In The Last Door, you play as Jeremiah Devitt, a man who begins to see that there is much, much more beyond the veil of our world, It's a horror tale that wields the genre quite well, backed up with some good sound design and a discordant style that does well to set you on edge. Told through four separate episodes, The Last Door is a game about Jeremiah's struggles to find answers to questions that seemingly can't be answered. 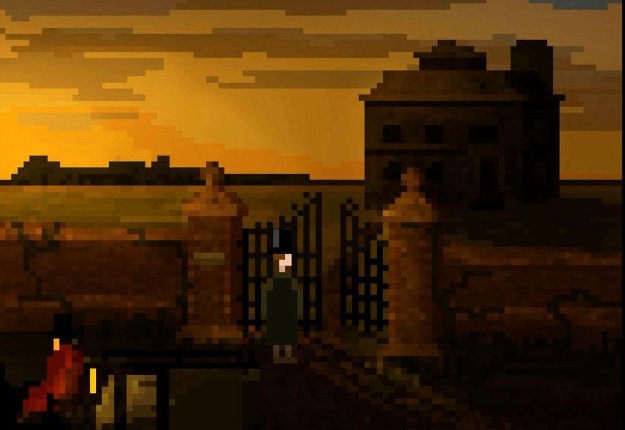 As an adventure game, it does its job fairly well. Everything is presented in a very blocky, pseudo-retro style - graphics that would feel more at home with the original Sierra adventure games of old, if Sierra adventure games of old showed more darkness, blood, and fear. The effect of this is interesting: it seems a little unsettling when you don't know the details of what you're looking at. Every now and then, however, something will be shown with a much higher level of fidelity, often to send a chill down your spine.

Of course, at the core of any adventure games are its puzzles, and The Last Door's aren't too bad. Most of them are fairly logical, and once you have all the pieces available to you it's usually easy to put them together. Using a shovel to dig up a grave, rolling a lightbulb in blood to create a red light, following instructions to develop a photograph - tasks that run the gamut of 'obvious' to 'requiring a modicum of lateral thinking'. Every now and then, however, you're left with some really strange puzzles that come out of left field, forcing you to use a jewel on a statue with a reflective mirror to simulate a crying holy symbol, or knowing that a tree is someone's resting place based on a poem, to give a couple examples. 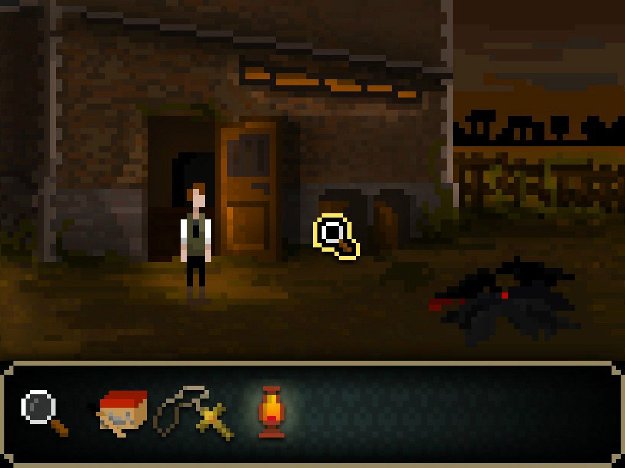 The style sometime hurts the game in this regard: that white blob in the background might be snow, but a smaller white blob near it might be a letter. Pixel hunting isn't strictly required, as most interactable objects are large enough to be noticeable, but there have been times when I've missed an item as it simply did not stand out enough among other things.

As a horror game, The Last Door definitely does an excellent job. It's a game about questions and unknowable answers, and there's nothing resembling cheer anywhere to be seen, filled with tension and suspense. The first time I left a room after turning on a gramaphone, only to hear it abruptly stop, I knew I didn't want to return to see that place again. Many scares are limited to piano stings and frightful images, but the game still does an excellent job of just building up that palpable sense of dread that is absolutely required for a good Lovecraftian tale. I really never though I'd feel my heart skip a beat while playing an adventure game, but I was definitely wrong. Some good sound design does wonders for this. I found myself tensing up when the music stopped.

The Last Door is, simply as a game, alright. Decent puzzles, fair length (about an hour or so for each chapter, less if you're better than I am), and interactions that are dated, but not to bad. Throw that horror into the mix, however, and the game becomes quite an enjoyable piece of fiction. It's not going to break any records, but it's been a while since I've really wanted to play through an adventure game, to find out what lies beyond the next chapter and keep revealing the plot. An old-school point-and-click adventure game that really uses the limitations of the genre to its benefit, The Last Door is a good piece of horror to enjoy on a darkened, cloudy day.