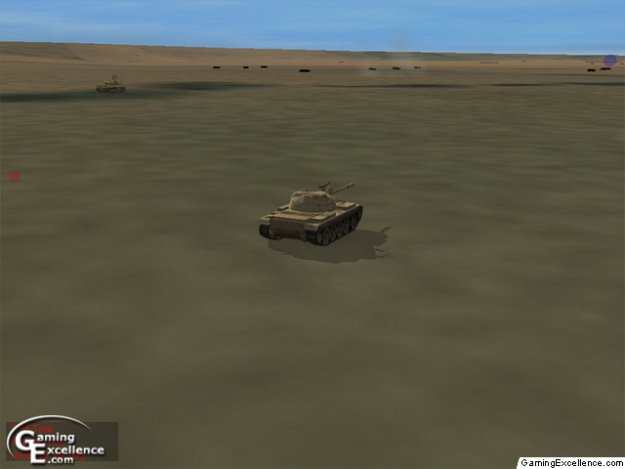 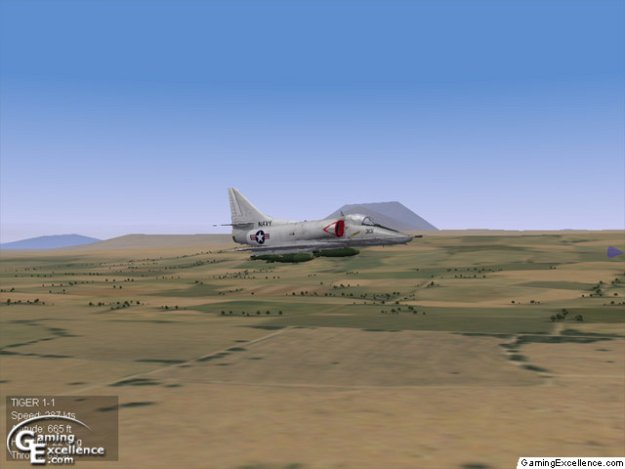 Microsoft has long dominated the flight simulation market with their prominent Flight Simulator and Combat Flight Simulator franchises. Sierra entered this market several years ago with the Pro Pilot series of games, but hasn't been heard from since. Ubi-Soft Entertainment launched into the spotlight last year with their widely successful title IL-2 Sturmovik, not to forget all of the flight simulations developed and produced by Jane's. This summer, Montreal based publisher Strategy First will enter this market with their first combat oriented flight simulation, Strike Fighters: Project 1 developed by Third Wire Productions.

The project is headed by a man known throughout the flight simulation community for his successful work on a wide variety of award winning titles, a man by the name of Tsuyoshi Kawahito. Set in the 1960's, Strike Fighters: Project 1 will take place when aviation technology was still in its early stages of development, long before today's modern stealth bombers and fighter jets. As the time period progresses, more advanced weaponry such as guided missiles will be made available, but these will be in their early stages of development as well and will not be overly effective against certain targets. Strike Fighters: Project 1 is set for release this summer and is currently on target.

By now, any flight simulation enthusiast is probably saying, "enough with the formalities, how is the physics engine?" Although the version we tested was an early beta and was limited to a few select missions, several aspects can be commented on at this stage in its development. As with most combat based flight simulations not set in the modern era, Strike Fighters: Project 1 is focuses on the classic dogfights using high powered "machine gun" type weaponry with the primary goal to shoot down any enemy fighters that approach without getting killed. This task may sound simple, but it is much more difficult than one may initially realize. Controlling the aircraft can be difficult at times, especially when executing challenging maneuvers in an attempt to lose an enemy fighter on your tail, not only do you have to avoid enemy gunfire you have to avoid loosing control of the aircraft. The physics engine at this stage is very solid and extremely realistic, enter a dive or a spin and it becomes increasingly more difficult to pull out the closer you come to the ground. These types of effects aresimulated on a regular basis in the game; learning to handle the aircraft can be a interesting experience for even the most dedicated simulation enthusiast.

Graphical abilities are a key aspect in any flight simulation, and Strike Fighters will surely not disappoint in this field. The aircraft models at this point in time are extremely detailed; according to the publisher they exceed five thousand polygons. When flying high above the terrain, players will be surprised at the amount of detail presented, and as you move closer to the ground the detail and textures become even more vivid. Another intriguing effect is the use of afterburners on the jets, and the glow inside the cockpit when they are engaged. These types of minor details are presented throughout the game, and greatly add to the realism and entertainment value of the title.

Upon its release this summer, Strike Fighters: Project 1 will include a wide variety of aircraft from the period for use in those aerial dogfights, the McDonnell Douglas F-4 Phantom II and Douglas A-4 Skyhawk are just a few examples. The campaigns available will be numerous in objectivity, everything from defending an airfield against enemy fighters, to destroying enemy ground forces as they approach. The title will be geared towards expandability; the developer is promoting the community to create enhancements and modifications, whether it is simply user-developed aircraft or a complete theatre map. Strike Fighters: Project 1 will be available this summer, and aviation enthusiasts may want to gather their flight equipment in preparation for its release.