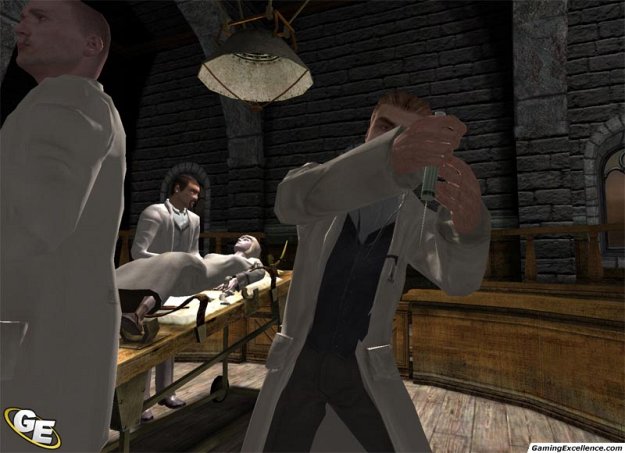 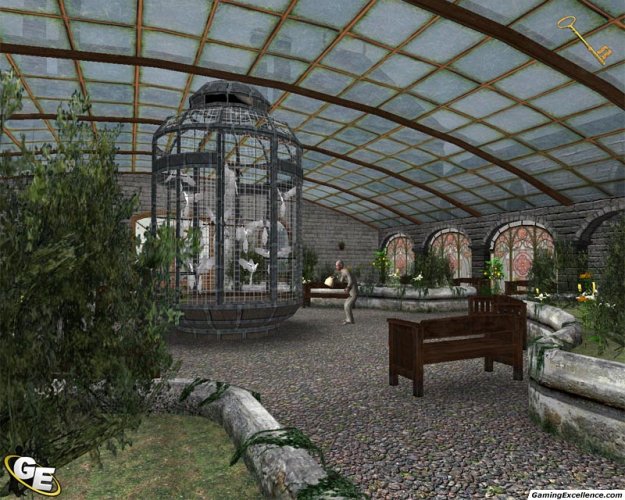 Sherlock Holmes: The Awakened is the third entry into Frogwares' Sherlock Holmes series, published in North America by CDV. It is a Holmes style mystery infused with some horror elements that you would only find in the Victorian era. The game begins as a simple missing person's case, and quickly unravels into a global adventure that puts Holmes up against a mysterious cult trying to resurrect H.P. Lovecraft's Cthulhu - an interesting blend between the two author's famous tales.

Unlike many contemporary adventure games, this one is in a completely 3D world played from a first-person perspective, similar to the style you'd expect from a typical first person shooter. The game heavily utilizes cinematic-style cutscenes to help make the game feel like a movie mystery. You'll play as both Holmes and Watson throughout the story, and the transition between the two is done automatically - all in all it should take you anywhere between eight and fifteen hours to get through the game. You'll begin in eighteenth century London, but Holmes' hunt for clues will eventually lead him to other varied locales such as Switzerland, New Orleans, and Scotland, each with their own unique settings. The Awakened utilizes numerous dark and creepy environments; this tale is certainly not for the faint of heart and really earns its mature rating. At one point, you'll investigate a crooked insane asylum where the patients are tortured as you can hear their screams echo through the hallways. It's a good blend of locations that makes the game feel fresh as you move through the story.

The game controls somewhat differently from your typical adventure game. Being a first person adventure in a completely 3D world, you have total freedom to walk about the various environments to search for clues or speak with any of the characters to find out more information. As you approach an object of interest, the mouse pointer turns into a hand allowing you to interact with the object, be it a door handle, an item for inventory, or simply a form of reading material. This avoids the dreaded pixel hunting that many adventure games such as Myst have historically been guilty of. On occasion, Holmes will move in for a closer look, whether it's a strange footprint or simply something he wants to analyze in the lab. In these cases, a set of useful tools appears in the bottom right hand corner of the display, such as a magnifying glass for discovering inconsistencies, tape measurer, or simply a pair of tweezers for picking up small fibers.

The real meat of any adventure game is the puzzles. For the most part the puzzles fall in line with what you'd expect from a Sherlock Holmes game. One of the keys to being successful in this one is to be as meticulous as Holmes himself, while paying attention to every detail. As you move through the environments, you must keep your eyes peeled for relevant objects, no matter how small or seemingly unimportant. In The Awakened, you'll never pick up an item that isn't of use.

Some of the puzzles require combining objects in your inventory, whether it's to create a miniature chemical device, prepare a patient's medication, or simply attach a hook to the end of a rope to help open a gate. On more then one occasion I sat by scratching my head, confused as to the next step, as it's not always obvious. Fortunately the game drops subtle hints as to your next course of action, and if you're still lost it will eventually start providing less subtle hints, providing a level of accessibility to both the adventure guru and more mainstream audience alike.

You'll also come across a few mini-puzzles such as; lock picking, pattern recognition, and an interesting clock conundrum later in the game that will take some time and logic to solve. The lock picking mini-puzzle is one of the easiest in the game, and I also found it to be one of the most enjoyable. You're given five rows as to where numbers can be stored; the middle row contains a series of ten number blocks that are out of order. Essentially, the goal is to re-order the numbers in the middle row from one to ten, utilizing the four other rows to temporarily store numbers; however these rows have some restrictions as to what can be placed in them. The outmost rows can only have one element at a time, and the other rows can only place numbers if they are in sequence, which brings the card game Solitaire to mind. Other puzzles that you'll eventually come across include a clock conundrum, which you'll use to gain access to a safe. Once you know how it's done, the algorithm is quite simple; however recognizing the clues and trying to figure out the pattern may take a bit of thought. Later in the game you'll be required to decipher out a decryption scheme, and solve a basic drawing puzzle, neither of which is particularly difficult, but again, accessible to both the adventure and mainstream gamer alike.

Sherlock Holmes: The Awakened has taken a minimalist approach with regards to the heads up display; you'll manage your inventory via a dialog accessible by right clicking, or using a keyboard shortcut. On this display, you'll also find tabs for dialogue, reports, documents, and the map, which allows you to quickly jump between known hotspots. To help manage the wealth of information you'll gather, the game also transcribes all of your conversations, so you can go back later in case you miss an important detail, a nice touch.

Visually, Sherlock Holmes: The Awakened is a compliment to the period; the artistic direction really emphasizes a cinematic feel. Although it can't compare with modern blockbuster shooters, the environments contain a high level of detail, and the first-person approach helps to create a good ambience as you explore both the outdoor and indoor dungeon-style environments. You'll notice that the characters also have a high level of facial detail, and the developers have taken the time to add many small touches (such as blinking eyes) to help bring them to life. Aside from a few graphical glitches (notably clipping errors), it would have been nice to see some of the outdoor environments a little more populated. The streets of London for example, should be filled with people and the regular hustle and bustle of city life; however you'll only find a few characters standing in the streets, all in all a fairly minor complaint.

To complete the experience, the game offers up an excellent musical score, opening with a superb classical remix that establishes the cinematic tone for the game. The music on the streets of London, for example, helps bring the game to life and make up for many of the shortcomings caused by a lack of characters. The voice work is very solid, and the actors who perform the roles of Holmes and Watson do an excellent job that feels very fitting of the period. I noticed a few sound effects that made me cringe (like nails on a chalkboard), and unfortunately, a handful of the one-liner characters sound like they were performed by complete amateurs - which is in sharp contrast to the lead roles in the game. With that said, I found the dialogue to be very well-written, a compliment to the style of the books.

With all the smart design decisions made in Sherlock Holmes: The Awakened, I'm still puzzled by the reasons behind one of the "game over" situations that you may encounter a few hours into the story.. At this point, you're supposed to sneak into a room undetected. That sounds like a reasonable request, however the first time through I was caught, and to my surprise that was it - game over. Since saving your progress is done manually, any progress I'd made since I had last saved was lost and the story began from the beginning. Not only was this unexpected, but I found it incredibly frustrating to replay the last hour or so to simply get back to where I was in the story. A much better solution would have been to put Holmes into some sort of holding cell, and solve a mini-puzzle to escape (or even just restart that level, rather then go back to the beginning of the game), something I hope Frogwares takes into consideration for their next adventure release.

Sherlock Holmes: The Awakened is an engaging adventure title, accessible to everyone, but still offers a few challenges to even the most experienced adventure gamer. Not for the faint of heart, it certainly earns its mature rating, and is worth a look for any fan of the genre.