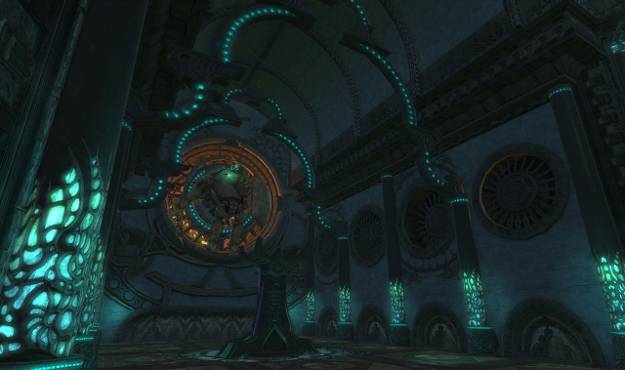 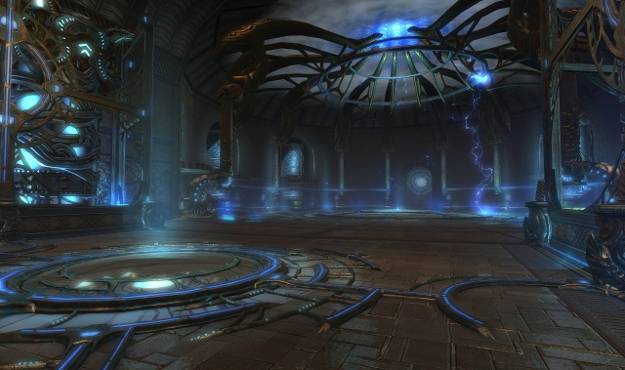 With the 1.9 patch coming in just a few weeks Rift fans have a lot to look forward to as it is. But that's small beans compared to what Storm Legion is going to bring along with it when it launches in Fall of this year. We're not just talking about a few new zones and quests, no Trion gives us that every time they release an update. Here we're talking about reshaping the world of this game itself.

Right off the bat the developers aren't messing around: They're dropping 10 more character levels, 4 new souls, adjusting the previous souls for those increased character levels and a ton of new abilities. As if that wasn't enough there are plenty of new dungeons, raids and a chronicle and all of this is before talking about the player housing, called dimensions, or the epic size of the world for us to explore now. Yes, that's right the world is going to be growing in size with a pair of continents, each of which is roughly the same size as Mathosia. So we're talking about an immense increase in available real estate for them to cram more and more events in.

These two continents, Dusken and Brevane, are known as Lost Continents. They were lost some time ago in a great storm that is now lifting. This is leading to a rush to gain access to the immense technological prowess that was lost with this island – in the first dungeon we were shown there is a magic-tech golem foundry that pumps out the guardians. But this is just one area amongst many where the technological advancement is at play and Dragon Lord Crucia wants it all for herself, revealing herself to be the biggest baddie in the game so far. 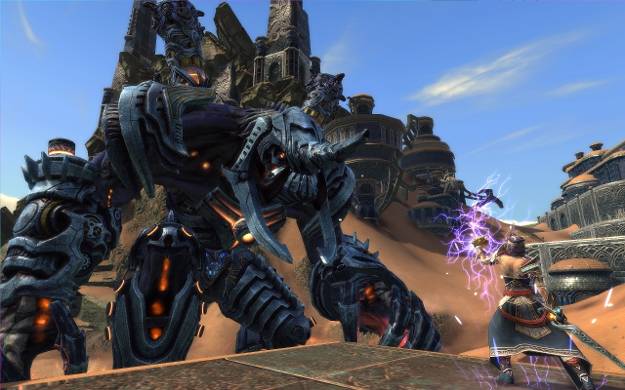 During our closed door demo at E3 we were shown a fight in a level 60 area called the Eternal City. This desert city was the battleground for a fight between the monstrous Volan and the numerous warriors who will have to stand against him. This beast is fought in phases where the heroes have to focus on peeling off the layers of his magic-tech armor. While doing this there are power ups you can grab to enhance your fighting abilities and pads you can step on to be launched to another section of the battleground, helpful for avoiding his massive attacks. All of this combines with the fact that the bosses attacks used are determined by what layers of armor are being peeled off in what order to create an experience that is more of a puzzle than some HP sponge raid boss.

Defeating the first phase causes the boss to climb over a bridge, wrecking it and leaping to a new area where NPC's attacked him with catapults. Continuing your assault prompts him to bash through a wall of the Eternal City, opening up a new zone where the final battle takes place. We weren't shown the finale to this fight but we were told that this new area that is opened will leave event players able to enter this area for a short time, granting access to dungeons, quests and quest givers while it's still open.

Not only is Trion Worlds giving us a whole lot of content to explore but they're actively working to redefine the high level experiences we gamers are used to from MMO's. Creating bosses that actively interact with the areas that they're in to deform the landscape and open up new areas to the players as well as trying to create a land that is populated by more meaningful stuff to do than almost any other MMO out there, Rift: Storm Legion is set to create an MMO to impress both newbies and vets alike.