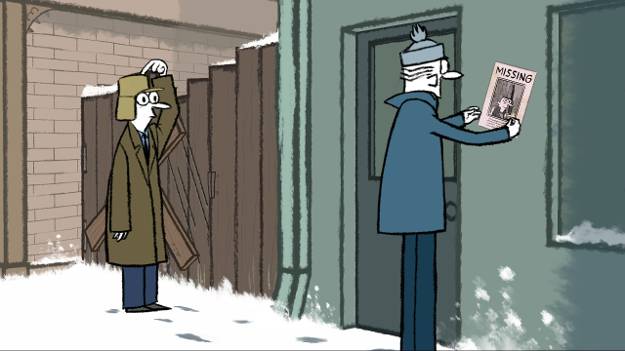 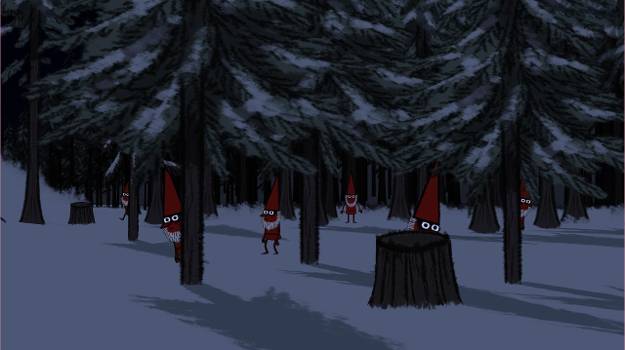 Once again we return to Scoggins, Minnesota, after the case of the Scoggins Eraser Company was solved, but, not really at the same time. People are still missing, for one, and no one ever really learns what the heck's going on with those weird and creepy "Hidden People" (bizarre gnomes that are central to the story). It left many a player perplexed and wanting more. In Puzzle Agent 2, to tie up loose ends, Nelson Tethers decides to 'go rogue' from the FBI, and heads back to Scoggins, hoping to solve the biggest case of his career once and for all.

After receiving an even frostier reception than the previous visit, Nelson learns that Isaac Davner's disappearance is far from unusual, and is simply one of many that have been occuring for over a decade. Alongside the disappearance, Nelson tries to sort out the truth behind the Hidden People, all the while visiting several new snowy locations in their puzzling glory.

New characters will be introduced, including Korka, a femme fatale version of Nelson himself, and Agent Jim Ingraham of the FBI's vegetable crimes division. Of course the 'usual crowd' are still in town, including suspicious Sheriff Bahg, and Isaac's stricken wife Gloria.

Telltale Games took into account the response of players of the first Puzzle Agent, and have, in turn, managed to balance the line between difficult and impossible puzzle action. They've concocted new puzzles, alongside some old favourites, that are more diverse and tricky than ever. The instructions for the puzzles are clearer than before, with gum (collected and traded to reveal hints) readily found throughout the town, ensuring that any IQ should be able to solve them.

Once again the cartoon art is based on art director Graham Annable's shorts, and his help shines through; he hand-animated several of the game's main scenes, and helped with the story boarding as well. Chuck Jordan, Sam & Max collaborator, based the script on a story developed by Jake Rodkin and Sean Vanaman, Abbanle and Telltale veterans.

Full of more puzzles, creepy and surreal atmospheres, as well as bizarre and chilling mysteries, new fans will be curious to try it while fans of the first game will not be disappointed. Puzzle Agent 2 will be coming out end of June 2011 on the PC, Mac, iPhone, and iPad, with PSN following shortly after. For a short time, those who pre-order the game also get a copy of the original Puzzle Agent to keep for themselves, or give to a friend.