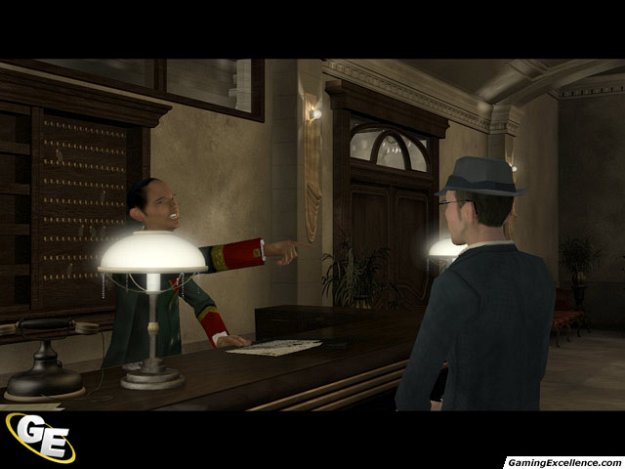 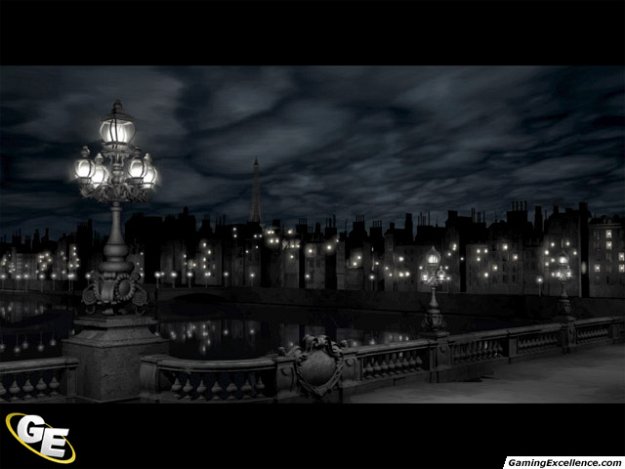 Post Mortem, a term used to describe the process of examining a deceased body in an attempt to ascertain the cause of death. Step back in time to Paris in the 1920's; you are MacPherson, a retired American detective working as an artist. A brutal murder has taken place, a double beheading in a spiritualistic way with no known suspects or motive behind the murder. Hired by the mysterious sister of one of the victims, you reluctantly accept the case. Unknown to you, there lays a deeper and more horrifying tale than meets the eye.

Published and developed by Microids, the same company that brought us Syberia last fall, Post Mortem is a very unique adventure title that brings many new items to the table of ideas. Although you probably shouldn't expect another Syberia as that game opened the doors in so many fields and added so much to the genre, Post Mortem offers players a completely different approach.

Based on a non-linear storyline, Post Mortem allows players to make decisions and selectively determine the outcome of the title, with more than one distinct ending. Players are given the opportunity to select from a list of questions to ask while speaking, each selection has a specific behavior and attitude behind it that will be perceived and reacted upon by the one spoken to. This type of dynamic based plotline is not commonly found in many current adventure titles as development is commonly a much more complex process, and it can be difficult to determine which route the player will take in producing distinct outcomes to the storyline. However, although this idea may seem excellent and it truly is, Post Mortem is slightly flawed in this area. On occasion, players may find themselves speaking out of order, learning things before they have figured out some critical initial data, or repeating a sentence or paragraph while speaking. Other than these occasion problems, this approach of the title is very positive and should be used in a wider variety of adventure games, as they would keep players interested for a longer period of time.

Another very interesting and unique attribute of Post Mortem is the ability to rotate around 360 degrees in any environment and explore through the eyes of the main character. This ability to move around the room and search and explore nearly all corners is a remarkable idea and advancement to the genre, too bad it wasn't better implemented in this title. Players may find themselves struggling with the occasionally clumsy controls. It is understandable that the ability to rotate to this extend in a pre-rendered scene is a challenge; unfortunately some of the graphics used in these scenes are horribly rendered and look absolutely ridiculous. For example, in one of the scenes you are in a small restaurant. Included in the static scene is a man taking a sip of a beverage, unfortunately it is very difficult to make out in the background and when approached for a closer look he doesn't move, just sits there sipping the cup while you move realistically. If the environments were generated with a larger number of realistic characters opposed to the pre-rendered scenes it would add a nicer touch to the game, something I simply couldn't find myself getting into due to these problems. Not to say that the developer didn't do a good job, for what they had to work with in developing a three dimensional engine with a series of rendered scenes is nicely done, unfortunately this type of two dimensional system is not necessarily the best approach to a three dimensional world.

Adventure gamers are in it for the puzzles, the challenges associated and the amount of thought that lead to a logical conclusion. Fortunately, this is one aspect where players will find Post Mortem very strong. The title features a series of puzzles, each ranging in difficulty and approach. While you will be expected to follow the clues and come up with conclusions to solve the mystery, players can also expect to do some hunting for keys and solving solutions to enter locked rooms. The title also features a few of the tedious style puzzles, for example in one scene you are required to find several minute differences between two near identical paintings, working as an artist in the city and all. Some of these puzzles are relatively straightforward, others are quite difficult and several are simply frustrating such as the one mentioned above. This variety of puzzles will require players to do a little thinking; something most adventure titles are severely lacking in and Post Mortem takes an advantage.

Graphically, Post Mortem is no Syberia. Although the character models and overall presentation have a nice flare to it, as mentioned earlier environmental effects and the graphics presented while rotating 360 degrees around a character are mediocre at best, on occasion they look simply horrible. Syberia was a beautiful game as it was original, a series of bright luxurious and creative scenes. Post Mortem is more of a horror based adventure title relying on a series of dark scenes which make it hard to account for all of the minor details, although the cut scenes are all very nicely developed. Character movement could use some work as well, it is not overly realistic and the same hand movements and facial expressions are used repeatedly in conversations, this type of laid back approach to the small touches are a great disappointment.

Sound wise, Post Mortem rates averagely. The voice acting is generally well done, and the storyline is believable as is the dialogue for the period at hand. Background sound effects are somewhat limited, as very few are presented. The overall sound package helps set a creepy and believable atmosphere, a horrific environment appropriate for the time and period. Although some of the dialogue is out of sync with the character, a believable setting is still produced. Post Mortem could be an outstanding title, yet an overall lack of polish and the fact that these sort of minor details were overlooked simply validate this viewpoint.

Post Mortem may have its problems, yet it is still an entertaining title to play. The storyline produced and the ability to determine the outcome is an absolutely brilliant concept and although hardcore adventure gamers may find most of the puzzles straightforward, the plot and progression should keep any fan of the genre interested for several hours.