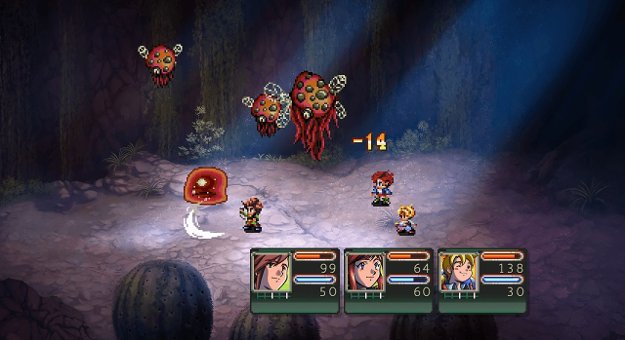 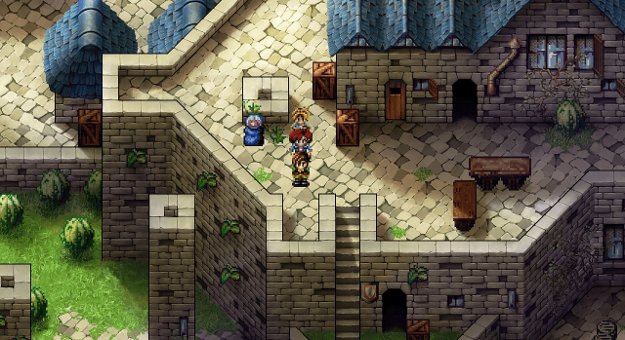 Pier Solar is a bit of an odd apple. This game was developed for the Sega Megadrive system, which normally wouldn't be that strange, except that the game was initially released in December of 2010, making it the very last game for a system that had come out decades before. Which was interesting, but not really very helpful for anyone who didn't actually own one of those systems in working order. With that said, the developers at WaterMelon ran a successful Kickstarter campaign to get the game released on more modern system, and the result is...well, people without a Megadrive weren't missing much.

The game is pretty much as retro as one can get, immediately evoking memories of playing old-school RPGs on older systems, knowing there's a big fantasy world to explore, party members to find, and great evils to destroy. If anything, it's fantastic as evoking some serious feeling of nostalgia right off the bat. But these feelings, and any other goodwill that the game evokes, quickly dry up as the game progresses and you find that the game is classic in some of the worst ways. 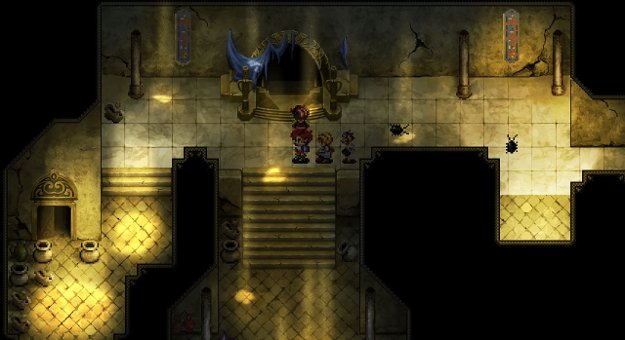 Initially, things start out well - the game begins with its new HD graphics and remastered sound, but though the sound is nice, the HD graphics get some serious getting used to - things just don't look right with that setting on, partially because of how the characters themselves aren't remastered and clash with the environments, and partially with how the user interface just doesn't look 'right'. In addition, the HD art on the environments themselves make it hard to navigate, as many of them are dark, and it's very hard to tell what areas can be traversed, what can't be passed through, and what constitutes a door, or a person that you can talk to. It's a visual mess. Thankfully, you can switch back to the old, pixilated graphics if you so choose, but what this leaves you with is a cacophony of colors that are hard to differentiate, and environments still remain a pain to walk through.

Gameplay leaves much to be desired as well, in almost every form. The turn-based battles are slow and plodding, which little to break up the monotony of attacking a creature over and over again. There is something called 'gathering', which allows you to raise your strength at the cost of a turn, up to five times. Some abilities require gathering up to five times, which would be problematic, except that other party members can give you their own gathered strength. This system makes boss battles a little more interesting, but doesn't help with the random encounters at all.

Oh. and there's an auto-battle option that lets your characters simply fight without your input, supposedly letting you customize whether or not they use spells, items, gathering, or just attacking. None of these options worked, and my party members did what they wanted, wasted items and magic points with aplomb. That soured me to that option pretty quickly.

Things also feel arbitrarily stacked against the player, with monsters doing large amounts of damage, ambushing you frequently, and often targetting one character repeatedly until they perish. Raising your character levels might help with this, but level ups seem so rare to the point where I wonder why they were included at all - it seemed like they only occurred once every hour or so, if that, and it's hard to feel like you're getting any stronger at all.

The story isn't good either. It's slow, seems to meander, and has too many moments where you're meant to know what to do, like talking to someone half a dozen times before being able to proceed, or finding a particular character in another town without getting any hints about it. The writing is amateurish and lacks any sort of brevity to boot. It's just not any fun to experience. 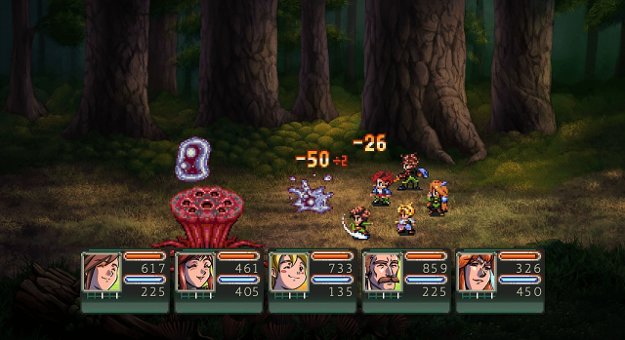 From what I've seen in the games I've played, the greatest benefit to making a retro-styled game in the modern age is being able to not only avoid the worst game development choices of the past, but also being able to apply more modern gameplay sensibilities to whatever you do - you've got decades of knowledge tucked away regarding what does and doesn't work.  Pier Solar doesn't. It's a retro game that makes some of the worst choices of the old games of yore, like an interface that's slow to navigate, battles that are slow and repetitive, a story that starts off slow and takes ages to actually go anywhere, and maps that are a pain to navigate. Maybe in the day of the Megadrive, it would've been regarded as pretty good, but these days, it just simply doesn't pass muster with the improvements that we've seen in even the remade games of its genre. It's simply a game that should've stayed in the past.