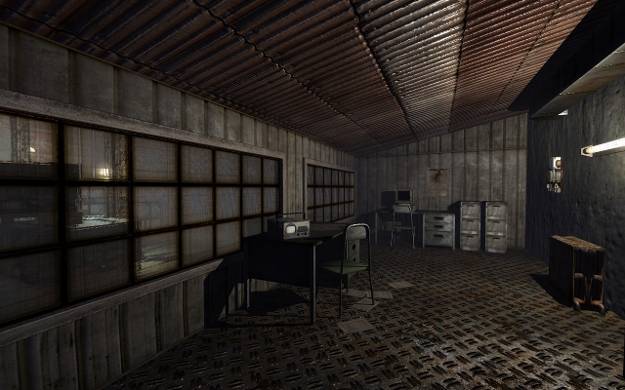 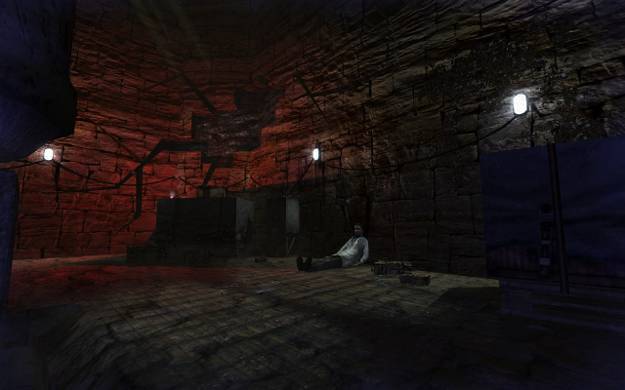 Penumbra: Requiem, is said to be the final part of the trilogy that ties of the loose ends, completes storylines, and fully explains the mystery of the Tuurngait virus. It does none of these, and it does all of it poorly. Why is was even made is a mystery to me, as except for some references, it has almost nothing to do with the previous titles.

You begin in a dig site. That's fine, maybe something happened to put you there. I'm wary at first, keeping close to the ground and the shadows in case some enemies show up. They don't. I solve some simple puzzles and proceed. I end up in a complete different place. Solve puzzles, proceed. A completely different place. It doesn't take me long to realize that Requiem has no plot at all. It doesn't have any enemies either. Hell, it doesn't even have any items you can pick up. That last one might not sound weird until you realize that the previous titles were adventure games where you'd be picking up multitudes of objects to solve puzzles. In this, well, you don't.

The entire game is just a collection of puzzles. You solve puzzles, collect keys (that look like basketball-sized spheres), walk through a portal that's there for no real reason, and find yourself in a completely different area. There's no explanation, no rhyme nor reason. There aren't any enemies either. This is confusing. It doesn't feel like a Penumbra game. It would be like someone making Warcraft 4 into an economics simulator. It shares the name, and maybe even a few mechanics, but it's not the same game.

Previous Penumbra games have been about avoiding enemies while solving puzzles. A fun dynamic, even though the first game was a little heavy-handed in forcing you to avoid dogs any time you wanted to go anywhere. You had a flashlight to light the dark corridors, but it had limited battery life, so you would often use a glowstick, which was much less effective. You had health, you had an inventory, standard adventure-genre stuff. You have all of these in Requiem. They also don't matter at all.

For starters, there are no enemies in Requiem. The only thing that can hurt you is the environment, and most of the time it'll kill you outright. Other things will barely scratch you, or indicate that you have done something very wrong (like holding yourself underwater, for example). The game still gives you painkillers like candy, but by the end of my game I still had every single one in my inventory.

And speaking of my inventory, there is nothing to pick up in the game. Nothing. You get those keys, but you might as well just activate them. Nothing else goes in your inventory beyond painkillers. This also means you don't pickup any flashlight batteries, but that's alright because your flashlight never runs out of power. Which means your glowstick is useless. It just doesn't feel like there's any reason for this game to share the Penumbra name. It's a competent first-person puzzle game, but it's one that's been forced into an adventure/sneaking engine. It's also quite short, with only about a couple hours of content, a little more so if you get stuck. Which you probably will, due to some of the puzzles.

The puzzles themselves can be fairly obtuse. The biggest problem with the game's random locations is that there's never a purpose to any of the puzzles you're given. Finding the keys is important, but the keys can be on a shelf in a small shack as often as they are behind a complex puzzle full of switches and physics. For example, at one point you need to turn on a satellite, but there is never any reason given why. The puzzles take bit of thought, but probably what takes the most amount of time is how much running back and forth you'll be doing. It can get pretty tiring, and for a puzzle game, this is never a good thing.

Penumbra: Requiem, as a game, doesn't know what it is. It's a puzzle game without a story pushed into an adventure game with a story, and it feels ham-handed in its implementation. It's supposed to finish up the series, and it certainly does in more ways than one, but this isn't necessarily a good thing. A plain puzzle game, a disappointing Penumbra game, and in the end, forgettable.