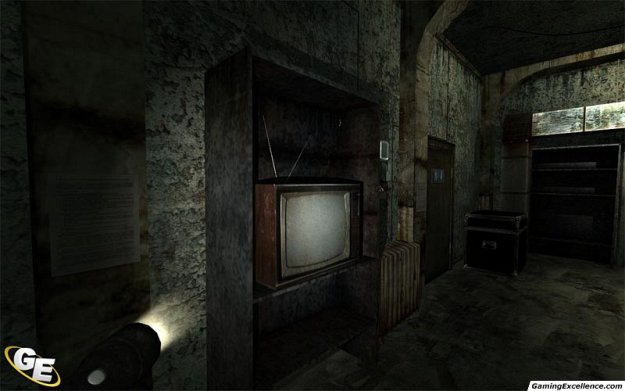 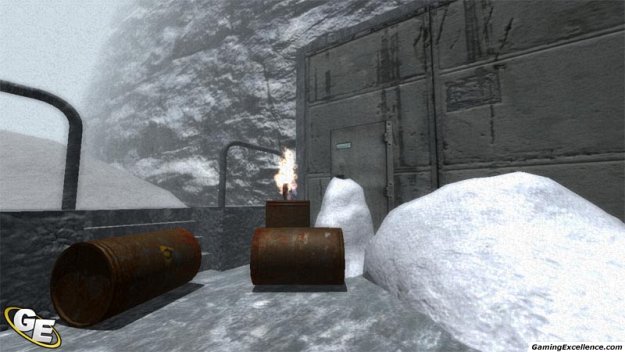 What does it take to make a game scare you? Is it the shadows, curling around you like the cold embrace of the night? Or how about hollow sounds, echoing down a hallway, reminding you that you are not alone? Is it quick surprises or long, drawn out suspenseful moments where you have time to wonder what, exactly, is breathing on the other side of that door?

Chances are, Penumbra: Black Plague will have something to keep the shivers running up and down your spine. Released as the sequel to the horror title Penumbra: Overture, Black Plague is the second and final chapter of the Shelter, chronicling Phillip's journey into the dark and twisted corridors as he searches for his father and answers that hide somewhere in the depths of Greenland.

Penumbra is an adventure game that is unlike any other adventure game. Played from the first-person perspective, solving puzzles is less a matter of clicking on random pixels, and more about, you know, actual thought. Guiding your character through the dark tunnels, you're required to solve the kinds of logical puzzles that might, theoretically speaking, come up. There are none of the 'use-the-hamster-wheel-with-the-toy-soldier-to-create-a-lithium-ion-battery'-style of puzzles that make no sense and, when you finally (accidentally) solve, make you pull out your hair and scream "You have got to be joking!" Which, of course, is a good thing. The puzzles actually make sense. Need to break some ice? Hit it with something lying around. The door is jammed? Pry it open with a piece of metal. Sense, it's a lovely thing.

You'll solve many of these puzzles by interacting with the environment in very natural-feeling ways. Opening drawers and switching levers isn't about simply pressing a 'use' button. Everything is done with a single mouse click, and then moving like you naturally would. Opening a drawer means grasping it and pulling it out; pulling the level means taking it and pulling it down. It's really quite an immersive system and it gives you a level of interaction with the environment that just feels natural, and keeps you in the atmosphere without constantly reminding you that you are, in fact, playing a game.

This brings me to the real star of Penumbra: its great atmosphere and sense of immersion. There's no heads-up display showing your health or anything other information; all you see your flashlight/glowstick/flare, the only shield you have against the pitch black. Likewise, music is rare and saved only for some important events, so expect to hear every scrape, every bump, every footstep, and every murmur in the shadows. At one point in the game, something - not going to spoil what - happens, and after that, you start to question whether or not what you're looking at is the truth.

When I first received this game, I realized that I had not yet played the first title of the series, Overture, and set out to first play and beat it. I'm quite glad I did, it's made me appreciate many of the changes in this game (and while I wouldn't say it's required, I'd definitely recommend playing Overture before this). One of the largest changes is the complete removal of combat. In Overture, combat was terribly clumsy and pointless, so it's good to see a complete removal of it, focusing instead on the puzzles that make the game fun. That's not to say there are no enemies, though, but they are few and far between. Indeed, though, some of the most intense moments of the game come from these encounters and what you must do to resolve them without wielding a weapon yourself. And now there are no damn spiders to sprint away from. Damn those spiders and the eggs they hatch from!

What might turn off a lot of players from checking out this game are the screenshots showcasing the graphics of Penumbra. To put it bluntly, these graphics are not very good, especially some muddy textures and bland models. Even worse are the animations, and even though there aren't very many of them, watching the enemies' jerky animations does tend to make them look somewhat comical. Still, the graphics aren't bad enough to take you out of the experience, and what it lacks in graphic technical power, it makes up in other areas, like the moody music that appears in just the right areas and the sound of a place going mad around you.

The first-person-horror-adventure genre is not one that is exactly well-tapped. In fact, any first-person game with enemies and no weaponry is something of a rarity. For the adventure game enthusiast, it's hard to say whether or not they'd appreciate the fast reflexes required for some portions of the game, and likewise, gamers accustomed to the first-person genre may not like the absolute lack of combat. Still, there are those that may like the mix of genres and what can be done with the result, and so Black Plague finishes the tale began in Overture, and finishes it well.