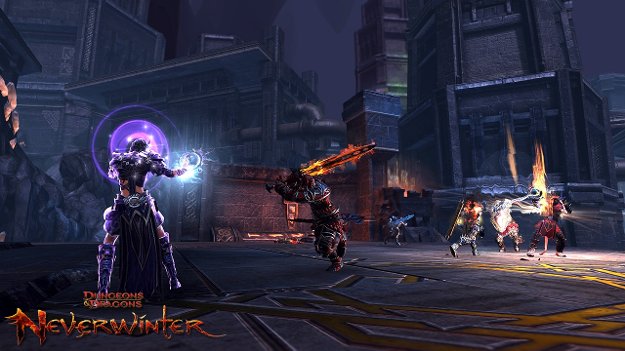 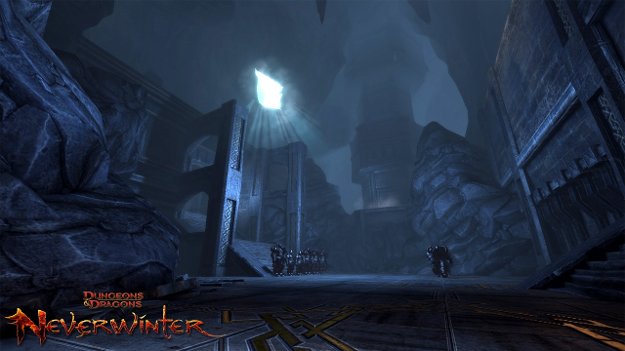 While it might be a bit unfair, I wasn’t exactly excited when I heard about Neverwinter. A game that uses the fourth edition Dungeons and Dragons rule set is already off to a bad start in my books. Then hearing that it was a cooperative multiplayer game just did nothing for me – I wanted something more in the vein of Baldur’s Gate or Neverwinter Nights as those were some of the best D&D licensed games. But when it was transferred over to Perfect World and changed into a full scale MMO, well that got me interested. As much as I personally hate fourth edition’s rules they are pretty well suited to a game of this nature so I saw a good amount of potential there.

Where I reviewed Guild Wars 2, Neverwinter’s closest competitor, I praised the strength of the personal storyline as a personal favorite. Neverwinter is lacking this but tries to make up for it by using a fan favorite, well-developed world with a full mythology behind it and then let players mix themselves up in that history. How you feel about which method is superior will greatly depend on your opinion of the Guild Wars 2 storylines and the mess that was made of the Forgotten Realms’ backstory in that last edition change. 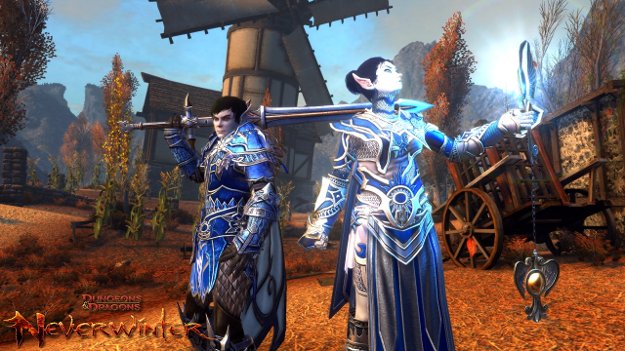 Regardless of that Neverwinter is a very well put together game. Whether you’re wandering an outdoor part of the world or exploring an instance there are plenty of enemies to kill, treasures to find and loot to be scavenged. Each area is balanced in such a fashion that you can easily explore it solo if you are appropriately leveled, willing to move slowly and fight intelligently but if you have some companions to work with it can become huge brawls where your party tear through the opposition. Instances tend to require a bit more group dedication since those seem to be designed for at least two or three players. A five man team will generally tear through almost any area of the game which tends to leave it feeling like a good bit of overkill if you’re all appropriately leveled.

Luckily the wide variety of missions and enemies included in those missions keeps even the most jaded squad of adventurers busy for quite a long time. The game has this odd feeling where, when given quests, it feels like the quest givers are really speaking to you personally. Dialogue is written in such a way that, when paired up with the above average voice acting, it really does feel like they are asking you to go out and do these things which gives the game a more personal feel, something more familiar to single player RPG fans.

One thing that started to perplex me as I played this game was the way that the controls are set up. You move with the WASD keys as usual for movement but you’ll need to use shift to evade attacks, tab to use your special class modifier (such as stealth for a rogue) and then the Q, E and R to activate your class powers. While doing that you will use your left and right mouse buttons do two different attacks. Oh and you’ll use the 1 and 2 buttons to activate your daily powers, powerful attacks built up by dealing and receiving damage.

While this is all a rather neat, small amount of buttons to use it does leave a huge swath of the keyboard wasted. Sure you’ll use the number keys to activate potions and scrolls (or call your mount) but when you start getting access to more skills than you have buttons but the game insists on making you purchase all of these skills before it’ll let you unlock your later skills it ends up feeling like a waste. Rather than letting you use all of these skills it forces you to purchase them, fully upgrade them and then not let you use them. As it stands the controls are seemingly designed for a controller instead of a keyboard which is mind boggling since the game was apparently never intended for a console. 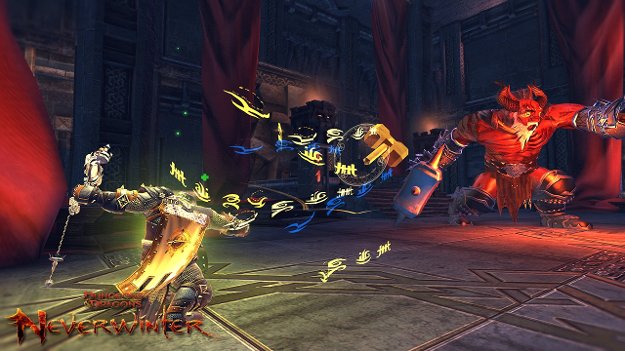 One area where Neverwinter excels above anything else on the market is the user created content. This content creator, known as The Foundry, is surprisingly well developed. The game has barely been out for the public’s consumption but there are already plenty of quality quests out there. One of the more memorable ones has you playing a normal PC who is utterly sick of his stupid useless party members and goes evil, culminating in a fight against a virtual PC party that combines in a very Voltron fashion to fight you, the final boss. Then there are others that tread closer to the events of the Forgotten Realms game world, slotting in rather nicely. While I personally haven’t had much time to play with the creator itself the depth of the quests played so far has been rather impressive.

The main detriments here are the aforementioned leveling up issues and the intrusiveness of the free-to-play model being used here. Killing a tough enemy only to get a treasure chest that you can’t open without paying out real cash is quite possibly one of the most annoying things ever, exactly as it was when Valve used this idiotic idea in Team Fortress 2. This gets doubly insulting due to the constant pop up informing you that someone got a Heavy Inferno Nightmare, most often obtained from these Nightmare Lockboxes. Rather than just being quietly hidden away in a menu for you to purchase from if that’s your inclination, it’s constantly in your face and it gets kind of aggravating.

Realistically though, let’s be blunt – Neverwinter wants your MMO subscribers and isn’t playing around with trying to steal them. This game has come out of the corner swinging with plenty of content, no subscription fees and a top quality gaming experience. At this point the most aggravating aspects of the game should be old hat to anyone who has played a few free-to-play titles so that shouldn’t hold anyone back from experiencing this title if they’re even remotely intersted.