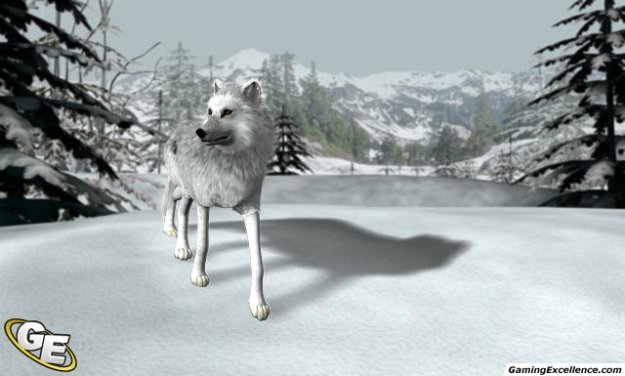 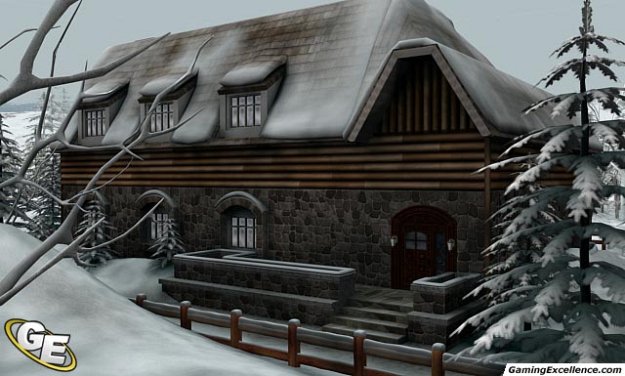 Nancy Drew, the young detective has been recruited to the Canadian Rockies in Nancy Drew: The White Wolf of Icicle Creek. This is the sixteenth installment of the Nancy Drew series by developer Her Interactive. While the publisher is mainly known for creating engaging and interactive games for young girls, this time around they not only appeal to the target audience, as well adults can find this game enjoyable to play.

The game begins in Nancy's bedroom where you can go over the case file as well as instructions on how to play the game, which is important if it's your first time playing a Nancy Drew game. The tutorial is set up with clear instructions, geared toward the section of the audience who may need help navigating through the icons. You'll learn that you've been asked to help Chantal Moique, the owner of the Icicle Creek lodge in Alberta, Canada who has had some strange accidents happen around the lodge. A mysterious white wolf is also lurking nearby when something goes wrong.

You are picked up at the airport by Ollie Randall, who also works at the lodge, and on your way to Icicle Creek you hear a howl in the distance followed by a large explosion. The bunkhouse has exploded, but fortunately it's no longer occupied. The lodge's maid and cook had quit a few days earlier, and now it's Nancy's turn to take on those duties which will allow her to snoop around without raising any suspicion.

Like all adventure games, your goal is to collect as much information as you can, while picking up any items that are not glued to the screen. There are two levels of difficulty, junior and senior detective. Junior detective is for those who are new and need some guidance. This level of difficulty allows you to call for hints and help in case you're stuck. There's no shame in picking junior detective if it makes your life easier, but if you want the challenge, senior detective is an alternative.

Within this adventure game, there are multiple mini-games that need to be played, some more than once. There are several which you'll play so many times it'll quickly end up becoming a chore. As the lodge's new maid and cook, you will need to gather the laundry, make the beds and run to the kitchen and prepare breakfast, lunch and dinner. When you're not busy doing all that, that's when you go around collecting clues. If you miss out on these duties it's not the end of the world, Chantal will just be angry with you. Cooking is fun at first and relatively simple. You have a list of what the customers want and a cookbook to guide you on what to do. The menu is fairly basic such as quesadillas and hamburgers for lunch. All you need to do is put specific ingredients in the frying pan (or the grill, depending on what you're making) and make sure it doesn't burn and then put it on the plate. This mini-game is fun the first few times when it's still new, but other than being part of your undercover job, it doesn't do anything to help you solve the case.

Depending on the weather, Nancy has a limited time outdoors as well before she suffers from hypothermia. There is no "dying" in this game. If you happen to screw up, you'll be automatically restart whatever it is that you were doing. It wouldn't hurt to save frequently, especially if you don't want time to pass. The in-game clock makes a difference because Nancy can only make breakfast between the hours of 7:00 a.m. and 8:15 a.m. Lunch and dinner can only be served within a certain time interval as well. There is an alarm clock in Nancy's room where you can make the day go by faster if you need to.

For an adventure game targeted at children ages ten and up, the graphics are decent and it has enough detail to make you feel like you're in a cozy lodge in the middle of a traditional Canadian winter. The outdoor areas are covered in snow so there is not much to see. The characters are slightly mannequin-like with bizarre facial expressions but the voice acting good. What it frustrating is that you can't click through the dialogue so you'll have to listen to the entire conversation, whether or not it interests you. The music isn't very prominent in this game. It's mostly just a few notes here and there to keep things mysterious, although it really wouldn't have made a huge difference if there wasn't any music as the sound of trudging through the snow or burning food is enhanced because of the lack of background noise.

There are a couple of mini-games that are worth mentioning. The Fox and Geese game is like a mix between go and checkers where you need to move the geese around the board along the lines to corner the fox. You can't leave a space behind a geese where a fox could jump over and eat one of them. Not all the mini-games can be played at any time; sometimes you'll have to wait for the right moment. The ice skating rink mini-game is similar to Minesweeper, where you need to mark the areas where you think the ice might crack. The colour of the ice will indicate how many squares nearby are cracked where you will need to put pylons up. As fun as some of the mini-games are, many of them get in the way of your detective work.

Nancy Drew: The White Wolf of Icicle Creek is an intriguing adventure game for the younger audience. The story may not be the most riveting for the older audience, but the puzzles and mini-games that are bundled in this game are fun nonetheless. It's extraordinary to think that the first Nancy Drew game came out less than ten years ago, and now they're already working on their seventeenth game, due out in October. Her Interactive must be doing something right.