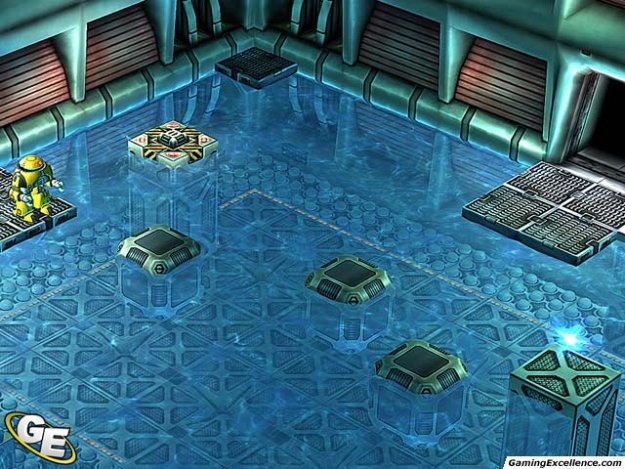 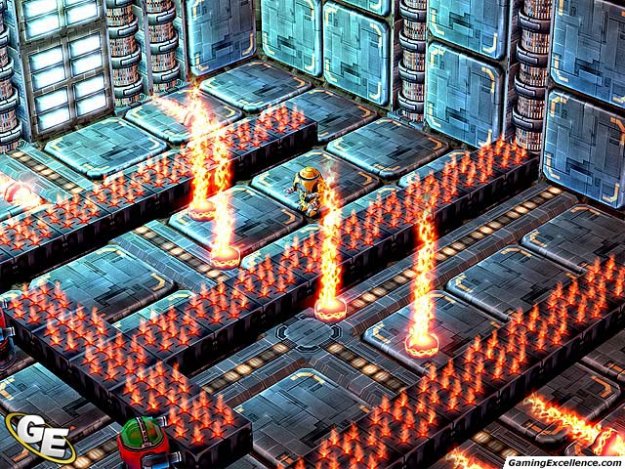 Some people like the pizzazz and intricacy of all these new, fancy space-age games that take a good week or so just to figure out how to name your character or pick up an item. Others like the intensity of being thrust right into the thick of things the moment they push the start button.

And then there are people like me, who still enjoy the style and visuals of something not so much primitive, but more simplistic. A purist who appreciates the original systems like Atari and Commodore 64, likening their games to a fine wine - vintage but memorable. It is perhaps because of my taste in gaming that makes Mr. Robot so enticing. Consider it to be an homage to the simpler games of past, although with vastly superior graphics and smoother gameplay. The plot is on par with the oldies, which is as much a compliment as any considering the storylines of past were straight to the point but alluring nonetheless.

Follow the adventure of the aptly named Asimov, a lowly service mechanoid synonymous with the Al Bundys of the world, and his quest to save his friends aboard the colony ship Eidolon (which may or may not ring a bell as the name of an enjoyable LucasArts game from the 80's). The containments of the ship are significant as it holds the frozen, sleeping bodies of hundreds of scientists and engineers en route to the planet PRIME for the purpose of creating a new colony. And, of course, as history has shown throughout time, such a task never runs smoothly. The ship's computer brain, named HEL-9000 somehow malfunctions (doesn't anyone do last-minute checks and touch-ups before embarking on such an important journey?) turning Asimov from lowly worker to working class hero. No, the plot isn't original in any sense of the word, but there are enough twists and turns, not to mention amusing robot interactions to give this a new feel with an old school mentality

In a fairly novel concept, Mr. Robot blends two different genres making for twice the amusement. On his quest, Asimov drifts in and out of two different worlds, each with their own style of play. In the real world, which takes place on the deck of the ship, the style is puzzle-based as Asimov is required to perform various tasks, some easier to figure out than others, which must be completed before being allowed to move on. These tasks range from moving blocks from one end of the room to the other to finding spare parts in other areas of the ship. The best part is that every scenario gives the option of restarting the room in case you make a mess of things and want a fresh start. This takes away much of the frustration factor common in many other puzzle-based games. It is also in this world where Asimov has the opportunity to collect items and equipment required for battles, which take place in the virtual world. Sometimes, Asimov needs to delve deeper into the computer system where he gets an opportunity to flex his cyber-muscles. It is also in this world where the genre changes to a turn-based RPG. Called "Ghost Hacking" in the game, this is ultimately your chance to fight those viruses and computer bugs that have been scrambling HEL-9000 into barking out absurd orders. Without giving away too much of the plot, this is also where you'll be able to increase the size of your party.

For the hardcore RPG players, this won't fully whet your appetite, especially if you've been exposed to the more elaborate RPG games like the Final Fantasy series. However, it does contain the basic elements that RPG players yearn for - items, equipment, and opportunities to perform magic (conveniently called "programs" here). There are even chances for upgrades and to level up. Again, the simplicity is key in that Mr. Robot does not go above and beyond anything within these two genres that you already haven't been exposed to, but it serves its task well. And like the story line, cliche but still somehow fresh, so too is the gameplay.

Your interactions with the other characters are enjoyable to say the least and most people will develop a somewhat empathetic sentiment towards the loveable Asimov. And this is good because the last thing you would want is to hate your own character.

What initially stands out are the phenomenal looking graphics of Eidolon flying through the sky, giving sci-fi junkies a flashback to the shot of the Star Destroyer coasting by in Star Wars. The rest of the game maintains this extremely sharp and colourful imagery that rivals any. The bright, neon colors mixed with the futuristic robotic imagery produce a "Tron"-esque atmosphere that should make old-school gamers giddy with glee. Unfortunately the option to zoom around the room or change camera angles is not there and the issue of depth perception is prevalent, a common pain for many isometric games. However, the simplicity of your tasks combined with the wonderful lighting and sharpness means that nothing becomes unintentionally difficult due to distorted vision. The bottom line though is that with such a high resolution, everything, from your fellow robots to the computer systems in the ship look extremely sharp and detailed - a pleasant surprise.

The actual gameplay is also easy to digest. Using only the direction buttons (or pointing and clicking with the mouse) and the control and shift buttons, there are absolutely no excuses for not being able to get a grasp of the controls. Working around the menu takes a little time to familiarize yourself with, but that is standard for most RPG.

As I said, this is an old-school game with new twists. Popular in today's gaming world are the side missions, the alternate challenges to either make you stronger or increase your score. Mr. Robot has fifteen possible achievements, worth points for the purpose of making it onto the online leaderboard. Bragging rights are always an incentive. These accomplishments range from saving fellow robots to something as basic as completing the demo. This, along with a surprising plethora of secrets and the ability to play on harder levels makes one go-around of Mr. Robot just not enough. Another perk is the availability of a level editor in which you can play architect and design your own rooms. Considering the game isn't that long, the side quests and other gaming possibilities make for a much longer and amusing experience.

The audio is perhaps the weakest link of the game. A dull, repetitive track loops over and over and over, making it easy to hit mute and find some other means of aural stimulation. Sound isn't really important, as you don't miss anything by having it off.

All in all, this is the perfect procrastinator's game. It's light, it's somewhat challenging and above all, it's enjoyable without the addiction factor. Fans of nostalgia and playing around as a means of distraction will get their money's worth. However, if you're a hardcore gamer looking for something intense, you would be barking up the wrong tree. But every gamer will find at least something enjoyable about this underrated winner. Big studios should take notes.