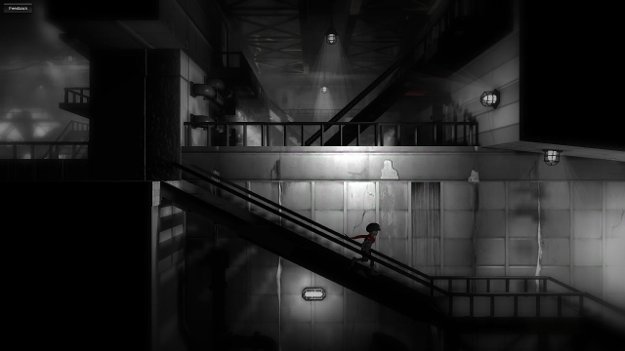 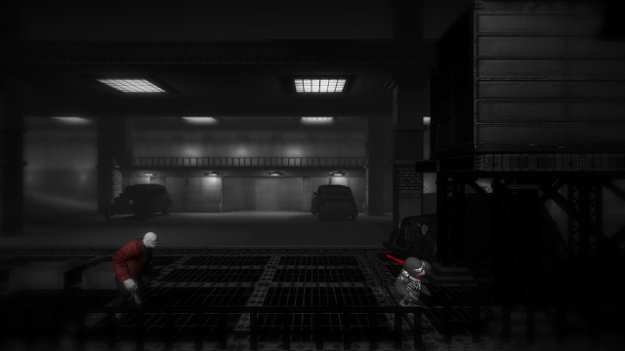 Monochroma begins with you and your brother, two fairly young children in some small vaguely eastern European farming village, playing and falling down a hole. He sprains his leg, and you must carry him. And from there, the two of you discover secrets that were supposed to be hidden, get on the run, and follow some vaguely-defined objective that really just amounts to moving forward while solving all the puzzles in your way, in a shadow-rich black-and-white world.

It's a fairly simply puzzle platformer, with a twist or two. Chief among these is your brother. As the older, and larger, of the two brothers, you must carry him through whatever challenges you face - and while you do, your speed and jumping ability are decreased. You can put him down, but only in well-lit spots, in order to perform certain aspects of puzzles before having to pick him up afterwards, before moving on. 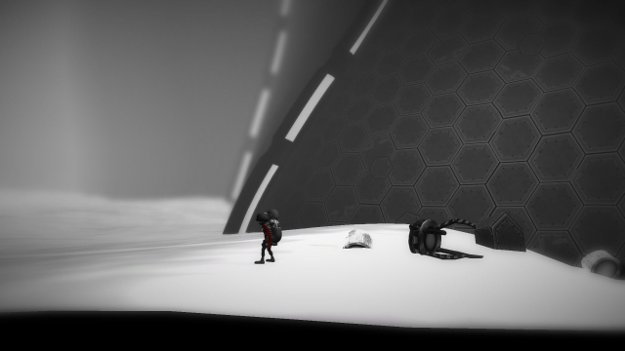 On paper, it's a decent mechanic, but in practice, it makes you feel like you're carrying around a dead weight for the entire game. I assume it's there to make you feel the brotherly connection between the two, but the younger brother of Monochroma is just so damn useless that it's hard to feel anything for him. And since there are very specific places where you can place him (generally there's a big obvious cone of light or something, a fairly-well-lit room won't do), anytime you see one of those specific spots is more or less a guarantee that there's a particular kind of puzzle coming up.

That said, the puzzle design isn't too bad, and in fact some of the areas of the game are pretty clever. Though the mechanics are fairly simple faire - jumping and manipulating switches - various aspects of the game combine to create some puzzles that require serious thought. Now, with that said, that doesn't save the game from its biggest problem, which is the actual platforming mechanics themselves. 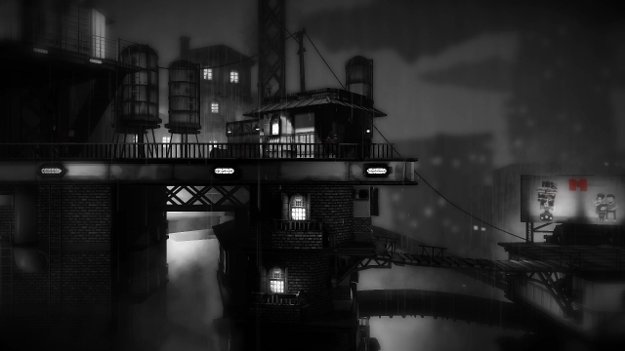 The basic controls of the game simply don't work well, and feel jerky even when they do. It's been the cause of more deaths than anything else as I played. Many times I jumped a split second after pressing the jump button, which killed me. Sometimes instead of hanging off the side of a platform, I'd just bounce off the corner to some death trap below. Other times, my character's grip on a hanging rope would suddenly disengage, and down I went. It was all I could do to continue playing in the face of death after frustrating death.

But there are some memorable moments in the game that don't involve slipping off an ill-defined platform for the tenth time - moments that I've never seen in other games, that really made me raise an eyebrow at the sorts of visuals and character design that had been put into the game, especially in the second half. It makes the game almost worth playing. Almost.

It's hard to recommend Monochroma. The style is nice, and the design of the puzzles straddles a good boundary between tough and simple, but the hit-and-miss platforming, and the heavy weight that your brother feels like at many points in the game tends to drag the experience downwards. The game isn't very long, perhaps five to six hours, but by the end of it I was beginning to wonder how much there could be left. It's a fairly average game with a good style, but the frustrations are just too apparent for me to want to ever play it again.